5 Lessons Skinny Dipping For The First Time Taught Me
Odyssey

5 Lessons Skinny Dipping For The First Time Taught Me

Bodies are so freaking beautiful. 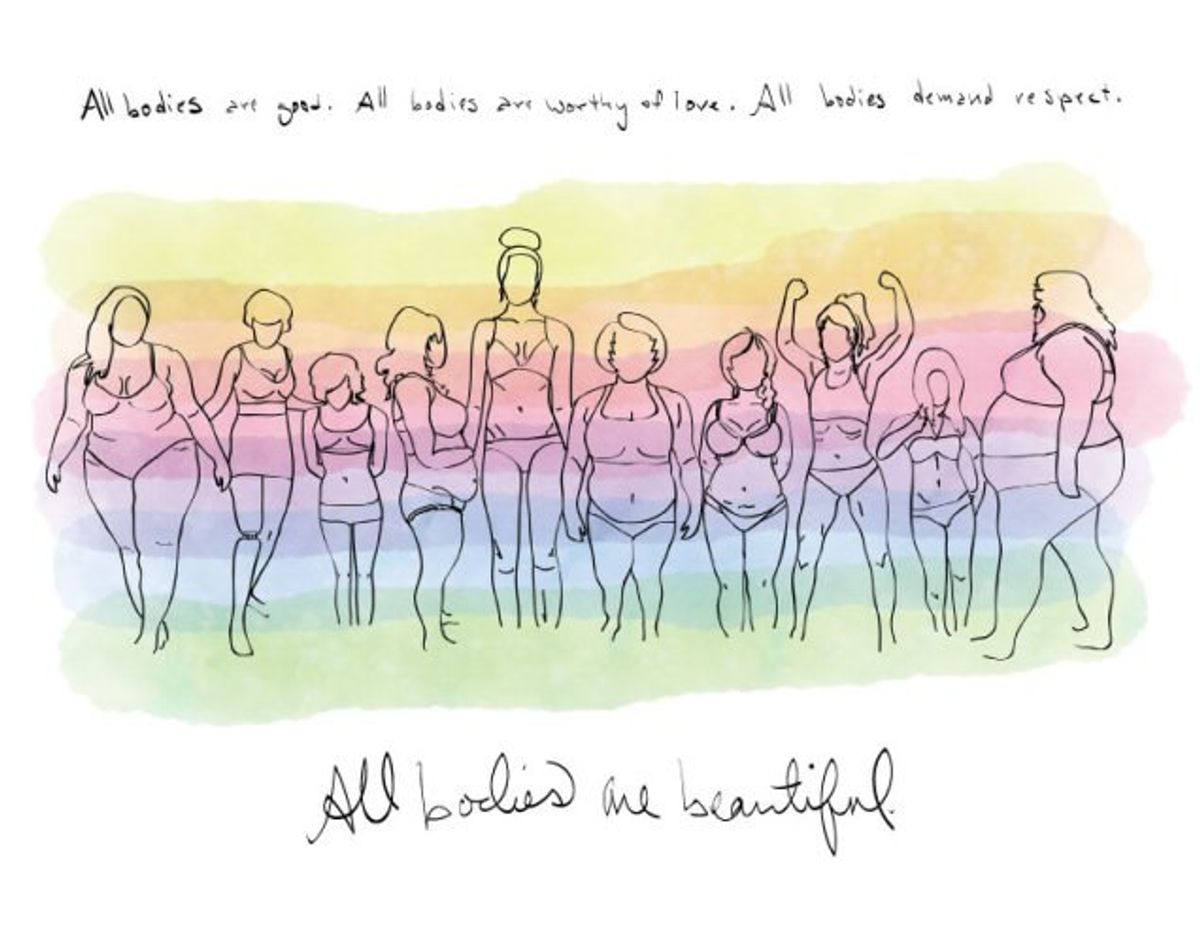 A couple of days ago, I had the opportunity to go skinny dipping for the first time. Now, if you know me in person, or if you know me through my writing, you can probably guess that my relationship with my body is usually pretty good.

During the last couple of weeks, I have run into mirrors and genuinely smiled at myself because I thought I looked hot as hell, and I was surprised that the gorgeous girl in the mirror was me.

Of course, there were also moments where I looked in the mirror and thought, “Wow. My arms look huge,” or “Ugh. My love handles are so ugly,” or “I hate my hair.” In those moments, and this is a trick I learned from my mom, I look myself straight in the eye and firmly say, “Not today.”

That day was a goodish body day for me, but when an unnamed friend suggested we go skinny dipping at an unnamed location, I immediately reverted into my insecure self.

But skinny dipping was nothing like I thought it would be, and I learned some really important lessons about myself and the people around me.

1. Taking off your clothes is the hardest part.

I haven’t been fully naked in front of anyone except for close friends and family, and the thought of being naked in front of fifteen people at the same time terrified me. I also knew that I was one of the curviest girls going, and I felt like everyone would look at my body like I do on my bad days-- with disgust. And if I’m being honest, and I always am, I had recently taken a stand against shaving anything that I didn’t want to (because I believe you should only shave if it feels like a good personal choice for you), so anything above my knees was currently covered in hair. But I took a breath, told myself, “Not today," and dropped my clothes. And instead of feeling insecure, I felt exhilarated.

2. Nobody is going to judge you.

Despite what I thought, nobody looked at me and said, “Your body is gross.” In fact, many people actually made comments about how beautiful we all looked, and I think that helped calm our nerves.

Insecurity was in the air, and you could feel the nervous energy radiating off some of the girls. For many of us, it was the first time we were skinny dipping, and I saw many girls covering their insecurities with their hands or towels or the clothes that we had (and, in my friend’s case, she had taped over her nipples).

4. Being naked in front of people forces you to confront your own body image issues.

I think that there is an ideal body in the media that is considered beautiful, but I’ve never really thought that that body could be mine. I had never really seen curvy women on television comfortable with their sexuality or their body when I was younger, and I shamed myself into thinking that my body could never be deemed sexy because I wasn’t what the media had deemed as sexy. But standing on the dock with the group of girls lined up next to me, I looked around and realized that none of us fit that ideal body type. Every single girl had a different body. And every single one of us was sexy in our own way.

5. Bodies are so beautiful.

There was not one moment where I looked at someone’s body and thought, “I wish that was my body.” Instead, I thought, “Wow. She’s beautiful, and I hope she knows that.” We live in a society where female nudity is often sexualized (and when it’s not sexualized, it’s discouraged). Despite what society has told us about women’s bodies, there is nothing ugly about them, and I think that we, as women, can stop the notion that women’s bodies are ugly by feeling powerful, confident, and comfortable in our bodies, and having honest conversations with other women about our bodies.

There’s a certain vulnerability that comes with being naked in front of people for the first time. It feels very similar to going up the hill before the very first drop of a roller coaster. And while you know that you’re safe because of safety regulations and test rides, you’re also afraid you’re going to die when you go over the drop because something, somewhere, somehow could go wrong. But skinny dipping has changed my perspective on my body and the bodies of women around me. Despite what I’ve been taught, my hairy, curvy, tall body is sexy and beautiful. And, if given the chance, I wouldn’t trade it in for any other type.

Emma Hyatt
932
The Truth About My Parents' Divorce