5 Drinking Games I Dare You To Play With Your Family On Thanksgiving
Odyssey
CurrentlySwoonLifestyleHealth & WellnessStudent LifeContent InspirationEntertainmentPolitics and ActivismSportsAdulting
About usAdvertiseTermsPrivacyDMCAContact us
® 2023 ODYSSEY
Welcome back
Sign in to comment to your favorite stories, participate in your community and interact with your friends
or
LOG IN WITH FACEBOOK
No account? Create one
Start writing a post
popular

Would your grandmother play Edward Fortyhands? 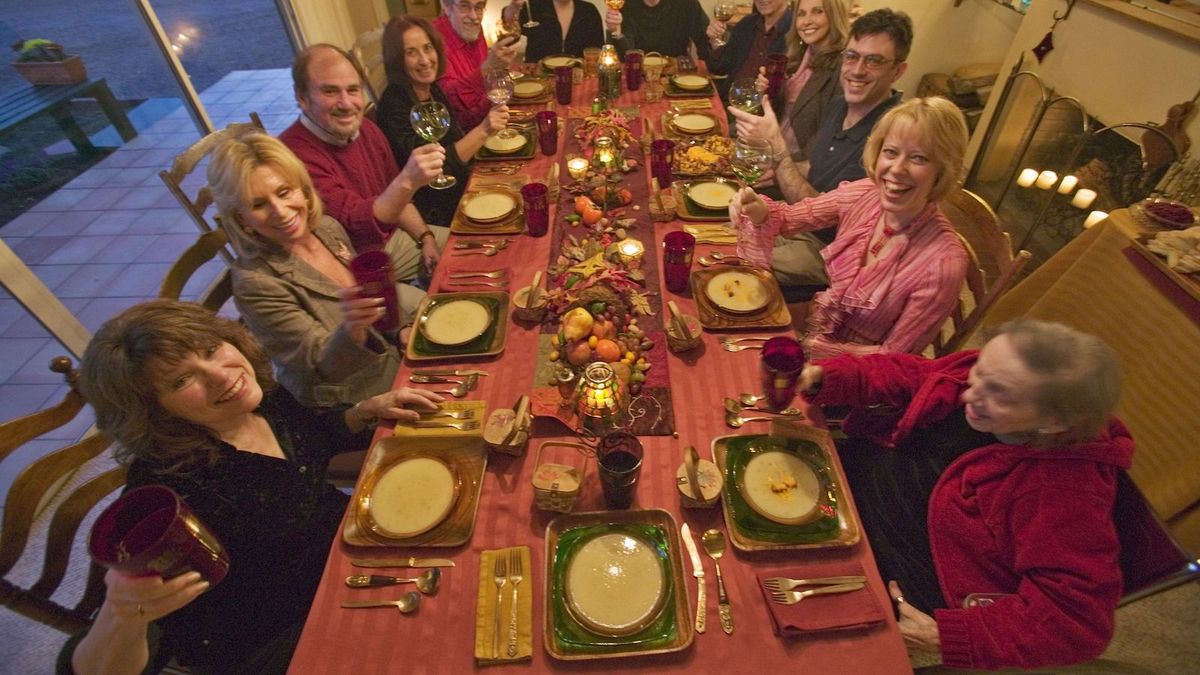 As the seasons begin to change and pumpkin spice lattes suddenly appear on every corner, we can't help but see the holidays looming in the distance. Once October 31st is over and done with, besides a year's supply of candy of course...it is straight to Thanksgiving. On Thanksgiving day after you’ve already had your third helping of stuffing and are slipping into that unavoidable food coma, pump up your family party with some Thanksgiving drinking games that everyone (?!) in your family can play!

These are some ~lit~ drinking games that will ensure you and your fam “stay woke” in the most literal sense. These rowdy drinking games will take your Turkey Day dinner from 0 to 100. Real Quick. If you’re anything like my family you definitely want, no need to top last year’s festivity. When the highlight of the evening was when your whole family did the “mannequin challenge,” you know that this year needs some real pizazz to UP THAT ANTE. Would you play Edward Fortyhands with your grandma?

Slap cup is a fairly simple game that everyone can follow quite easily. But it is definitely fast paced and some players can be merciless especially if you’re as competitive as my family. We get it you’re all D1 athletes but did you really need to give G-ma the death cup? Come on, you’re better than that, guys. So, the premise of the game is that you fill up a bunch of solo cups about a quarter of the way with beer or wine or whatever your Turkey Day ~poison~ is. Then two individuals get empty cups and proceed to try to bounce the ball into the cups and once the person to the left of you makes their cup guess what yours is getting slapped off the table and next thing you know you’re drinking.

This is an interesting game to shake off the impending Thanksgiving nap after four plates of Turkey. What you need to watch out for is the DEATH CUP in the middle: usually, it consists of the grossest combinations you can think of in terms of alcohol and it’s filled to the absolute brim so, tread carefully Uncle Albert! Don’t make it like last year, please. Maybe to spice things up for Thanksgiving you can toss a handful of stuffing in there or cranberry sauce. We have got to keep things interesting. So please have the slightest bit of athleticism and bounce the ball into the cup.

Most Likely is definitely not as popular of a drinking game as slap cup but this will definitely get the people going. In this game, it is a group of friends or in Thanksgiving’s case your closest relatives (yay!) who are in a circle and everyone goes around and says a who is most likely question. For example, I say, “Who is most likely to get caught streaking by the police?” and five people point to grandpa on the count of three: guess what? Grandpa is drinking five times.

See ya, Gramps! While this game is funny it can also be high risk If you are not interested in finding out family secrets, PLEASE DON’T PLAY. This could literally ruin everyone’s Thanksgiving. Overall though, this game is perfect to spice up Thanksgiving just proceed with caution it can also cause an indescribable and unimaginable amount of tension and awkwardness.

You think doing alcohol is cool?

If anyone can get Great Aunt June or anyone over the age of sixty to play Edward Fortyhands then I applaud you. Actually, can I please come to next year’s family gathering and observe? Thank you. You are amazing, my idol if you will or they are, whoever does it. After your hands are free after you’ve feasted or you’re attempting to not go up for plate four then play Edward Fortyhands! This game is perfect for this time of year.

Who doesn’t want two 40-ounces of malt liquor taped to their hands at all times? You cannot un-tape your hands until you have finished both of your forties. So race with your all-star cousins or your cool uncle and see if he’s “still got it” as he says. And if your grandma even attempts this she is the ultimate GOAT hands down there is no competition so don’t even try.

Can your grandma take the heat?

Instead of the annual Thanksgiving family football game, play a game that truly showcases the athletic ability of the stars of the family: dizzy bat. What you will need is a wiffle ball bat and in this wiffle ball bat BEER, of course. The bat contains a full beer that you must drink before spinning around the number of times equal to the seconds that it took you to consume the beer. Dizzy bat is the perfect game for all those hard asses in your family that always think they’re the best at everything and want to show everyone up only to fall face first when they try to run forward.

Haha, nice try, Josh. Also, we get it, Tiffany you used to run track in high-school but can you run in a straight line after this game? Certainly not. This is a must for any family outing, especially Thanksgiving. The absurd amount of food that you and your family have just consumed will only add to the uncertainty of the game’s outcome. You won’t get sick at all! Good luck, people!

5. Never Have I Ever

This drinking game is perfect if you want to supplement your log of family secrets during your Thanksgiving dinner. But if you’re going to play this game with the whole fam on turkey day definitely proceed with caution. Never have I ever basically is a drinking game in which individuals go around and say things they’ve never done and if you have done it put your finger down and guess what you’re drinking. This game can get a bit raunchy, though, so if you don’t want to hear about all the wild things Great Aunt Sally did back in college. “The good ole days,” as she calls them. Definitely save this game for later in the night after the fam has had their fair share of the flowing libations. Or better yet, maybe hold out on this one until Christmas.

Do you wanna know if Great Aunt Sally has been to a nude beach?