Ithaca's full of cool people, but these are the coolest people born here. 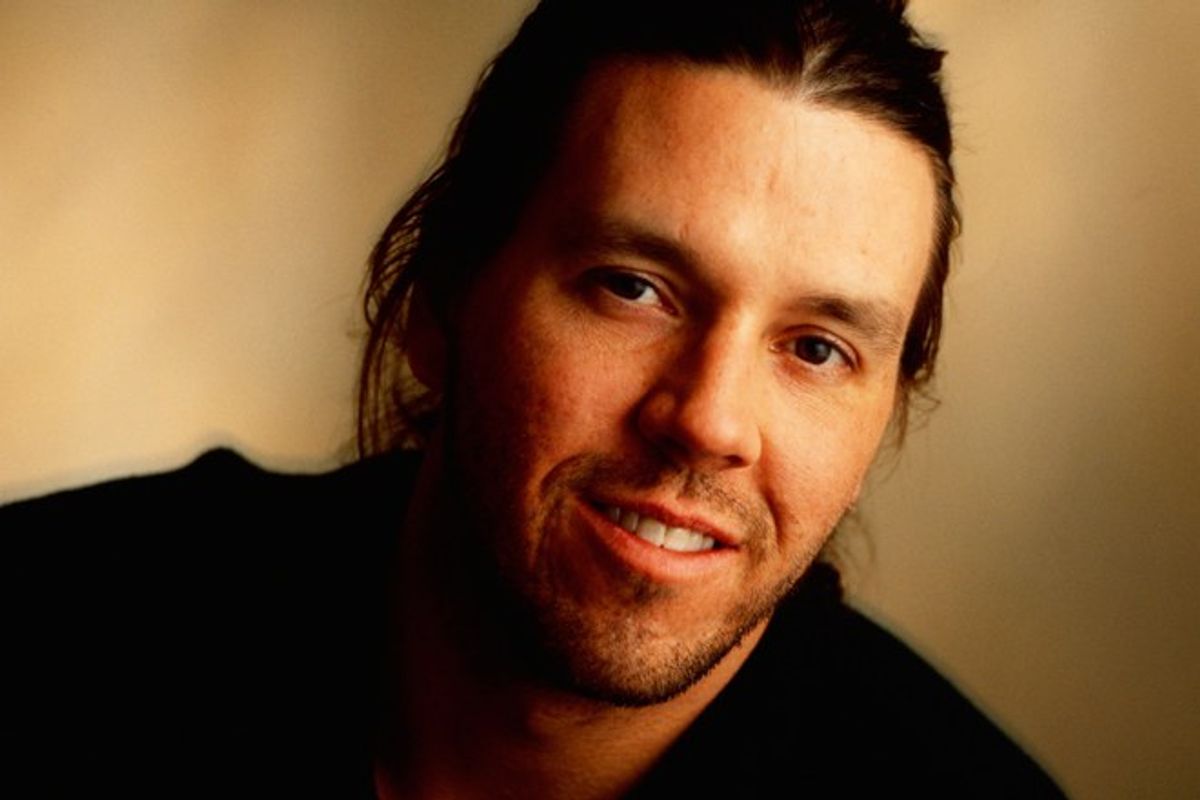 Well, maybe. After extensive research, it seems that more interesting people migrated to Ithaca than may have been born here. This left me in a bit of a pickle. I'd already picked the headline, and what was I going to do, change that? No, I had to buckle down, dig deep into the crevices of the Internet and find at least a handful of truly cool people born here. And here they are, the coolest people born in Ithaca.

First up on the list is the inimitable postmodernist writer David Foster Wallace. Wallace's cool points are immediately clear. Look at him rocking that bandana, those glasses, that scruffy beard and long hair. Here's a guy who saw three different styles — nerdy, punk, and man without razor — and threw them together successfully. He also wrote "Infinite Jest," one of the most influential books of the last few decades, so that's pretty cool as well. As a writer, Wallace's street cred extended beyond his death. His final novel, "The Pale King," garnered a Pulitzer Prize nomination despite being unfinished. You know you're good when you can leave your novel (and this plane of existence) unfinished and people still think it's one of the best books of the year.

Wallace loses some cool points for two reasons. Despite being born here, he left fairly young and doesn't seem to have ever returned. Two, there was that one time he maybe kind of tried to push his girlfriend out of a moving car. Bad genre-redefining writer, bad!

The concept of cool is, in many ways, a superficial thing, often focused entirely on superficial aspects. But, superficially speaking, Bre Pettis is a rad dude. He's pulling one of the most casual fist-pumps in human history while wearing a watch without a face. Those sideburns are as long as they are out of style, and he doesn't care at all. Plus, let's consider the name. Bre Pettis. It could have been Bret, but he somewhere along the line he decided that the letter t was too mundane for his first name.

Bre Pettis was one of the co-founders and CEO of MakerBot Industries. Again, superficially, this sounds like one of the coolest companies ever, as if the company makes robots which make other robots. In reality, they produced 3D printers and helped in the development of the technology. Their most noteworthy achievement? Sending a bust of Stephen Colbert's head into space. Pettis no longer works with MakerBot, but I think we can all agree that he deserve a Nobel Peace Prize for this achievement.

Lonnie Park is a musician who earned a Grammy nomination on Arun Shenoy's album "Rumbadoodle." So what makes Lonnie Park cool? I'm 75 percent certain that he wrote his own Wikipedia entry. It contains verb tense disagreements, a flagrant lack of citations and downright ballsy claims, such as "Lonnie continues to be the go-to source for industrial sound systems." Viewing the page history, a number of the edits were done by someone cleverly named "LonniePark2." Which raises the question of LonniePark1's fate.

But you know what? Good for him. This is a power move as far as I'm concerned. Here's a man who recognizes that modern people use Wikipedia as a reference for who a person is and decided to define his own destiny. He stood up and said, "I will NOT allow others to say who I am, I will NOT allow myself to fade into Internet obscurity! I will shout from the electronic rooftops that I am cool, I am great, I am Lonnie Goddamn Park!"

In all seriousness, the album he helped on is pretty good. Give it a listen if I made you feel bad for him.

I'll be honest, I know nothing about sports. It's not exactly in my wheelhouse. So while Dustin seems pretty cool, his inclusion is based on three and only three things: 1) He led the Los Angeles Kings to win the Stanley Cup twice. This is good, right? Are the Kings the bad guys of sports? I'm going to assume no. Bad guys don't smile like that unless they also have a long, waxy mustache. 2) He once played for a team from Zürich. Zürich is a cool name for a city. 3) Five people for a list is much better than four people for a list. Go on, judge me.

Writer Alex Haley is the coolest person born in Ithaca. I'd wish him congratulations, but he's had the kind of career that doesn't really need extra praise. He was the writer of "Roots: The Saga of an American Family," winner of a Special Pulitzer Prize. Considering that a regular old Pulitzer Prize is generally pretty well-respected, getting a special one seems like the sort of thing one would lead within every conversation they ever had for the rest of their lives. His first novel was "The Autobiography of Malcolm X." This is especially impressive considering that he was Alex Haley and not Malcolm X. He's received medals from the NAACP for his writings, and from South Korea and the U.S. Coast Guard for his service in the Korean War. One important demerit on his exceptionally cool record: he likely plagiarized portions of "Roots" from another writer. While definitely not a cool move, he gets a pass since the rest of it is still freaking "Roots."

There you have it, the five coolest people born in Ithaca, New York. Or, four plus Lonnie Park.

Caitlin Marie Grimes
University of South Florida
10947
Beyond The States