Hollywood has filled our heads with lies 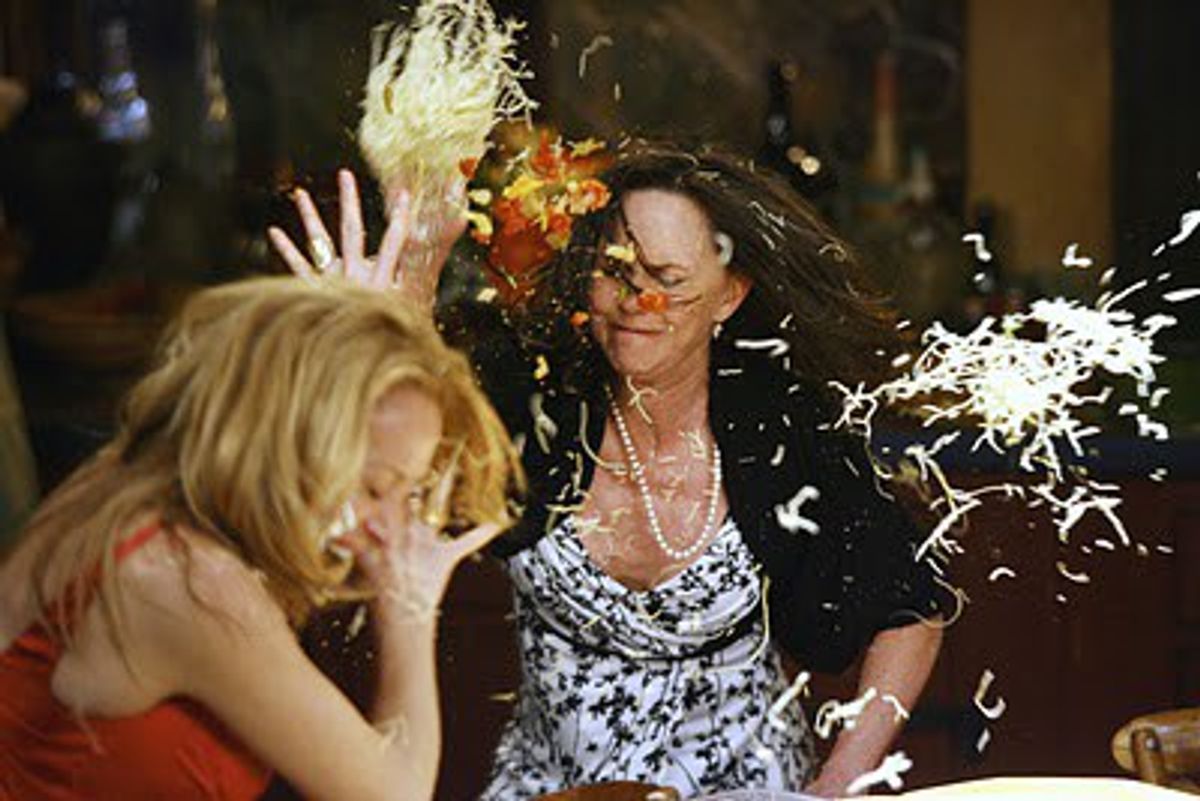 Movies often depict a life that is too good to be true. The reality is life is not like the movies, even though we often wish it was. Fictional movies are usually spot on at depicting everyday life, and some parts seem to be realistic but when you actually think about it, they are just fiction. This is the list of common movies scenes, that rarely happen in real life.

When I got into Middle School I was always hoping for a food fight to break loose because it happens all the time in movies/television. I saw that the ketchup and mustard came in packets instead of squeeze bottles and I thought this was to prevent these condiments from being blasted out like water out of a Super Soaker. Problem was a food fight never broke out, in fact I've never heard of food fights breaking out at schools. I feel like a food fight is national news worthy, it's far more interesting than the national news coverage Trump gets for some of the idiotic things he says. You would be lying if you never sat in the cafeteria one day and planned your food fight strategy. What would your first weapon be? Would you stand and fight or hide under the table? Unfortunately you were just wasting your time because the big screen make food fights seem like yearly events.

2) Kids Reading Under the Covers With a Flashlight

I can't depict this as something that never happens in real life because I did it once, and instantly felt dumb. This happens very often in movies and television but after my experience I couldn't understand why. Why not just read with the lights on laying in bed? What are your parents going to do? Yelling at you for reading, seems pretty counter-intuitive if you ask me. I feel like parents would be happy to find their child reading. Besides it's complicated to hold the flashlight in one hand while holding the book in the other because you have to put the flashlight down everytime you have to turn the page. So next time kids don't go under the covers to read, just read normally your parents won't care one bit.

3) Playing Music Outside Your Crushes Window

Sorry girls it's only in the movies. The movies make it seem like Mr. Right will shimmy down the side of his house and wake you up by playing a lovely song outside your window. First of all some people sleep on the second floor of their houses, so sneaking out is already hard, especially with creaky stairs. Next is the matter of getting to this persons house, driving is out of the question because it's too noisy, so that leaves walking. So 30 minutes later you arrive to your lovers house, sweating from carrying your guitar on your back. Now it's time to get to business. Problem is sooooo many things can go wrong. First thing they may not hear you, second you may wake the parents, third you may wake the neighbors, and finally you may be a horrible singer so you're just embarrassing yourself. Also, I don't know about girls, but as a guy I HATE being woken up from a sound sleep, I can't even listen to Party In the USA anymore because it was my alarm in High School. The movies never depict these flaws so I'm hopeful this doesn't happen in real life because too many things can go wrong.

4) Sticking Your Tongue On a Frozen Street Pole

If this happens in real life then it deserves to happen to that person. I would never want to stick my tongue on a street pole, let alone a frozen one. Nothing good can come from it, even if it isn't frozen. I believe there was a recent outbreak of the plague and the breeding place for the plague is definitely street poles. If you persuade someone to stick their tongue on a frozen pole you deserve to be sent to Alcatraz, because that's some satanic worshiper type of torture. Maybe all of Moe's customers had their tongues stuck to stop sign posts because that would explain their screwed up tastes buds that led them to Moe's (just continuing the war Moe's started a few weeks ago).

I don't know if the lockers depicted in movies are the norm, or if my high school had the common sized lockers, but the lockers at my high school were not big enough to fit a person in. Especially if there are books, notebooks, folders, a coat, and a lunch in there, no way on Earth someone could get stuffed in there. Also, as someone who is rather petitè I can honestly say I doubt a grown man could stuff me in a locker. It takes way too much precision to fit someone into a locker, it's like putting a round peg in a square hole. Finally, there is always a teacher monitoring the halls in any 1 star school, and even if there is no teacher, there is a classroom in yelling distance so a teacher would be out in a second to stop the locker stuffer.