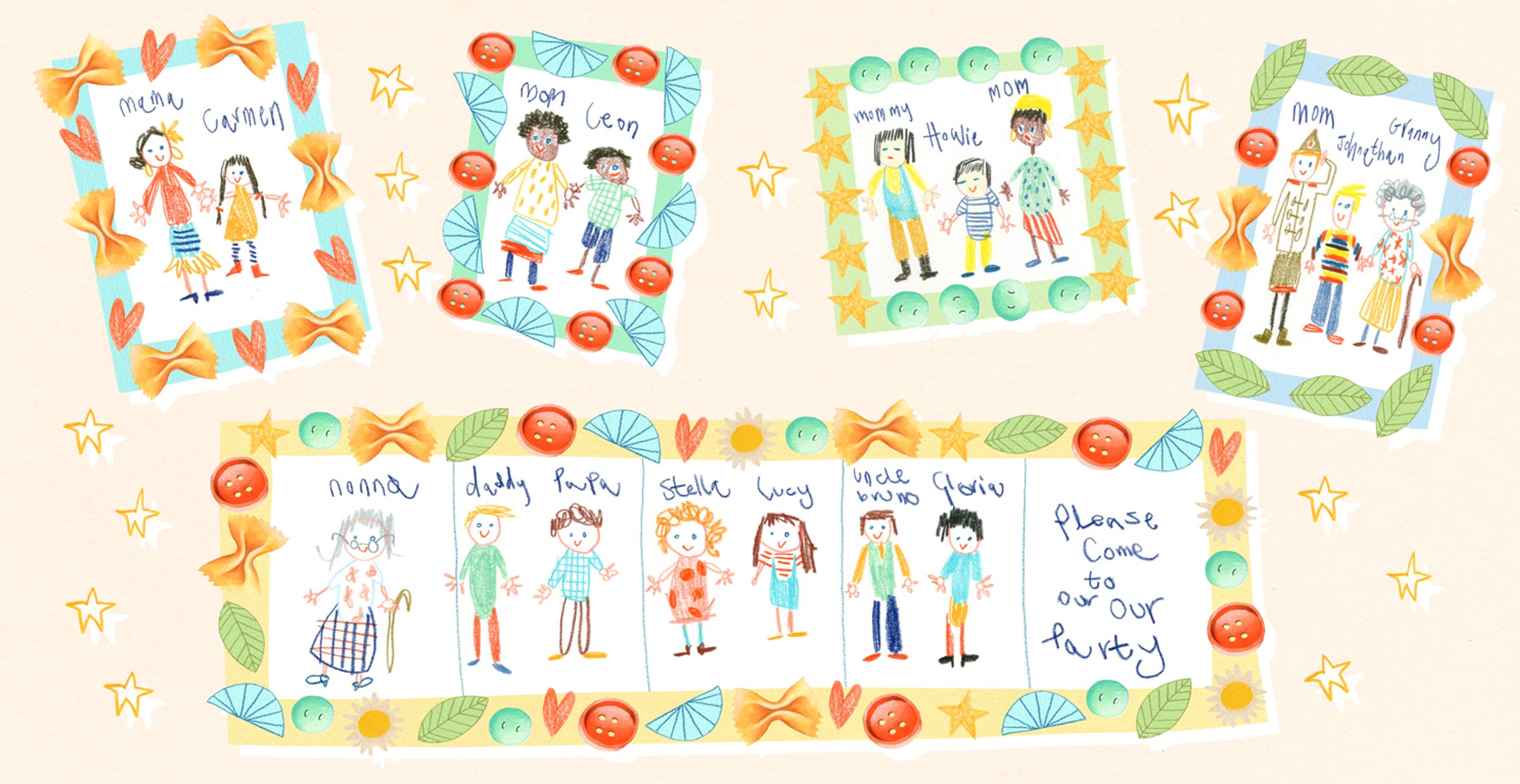 When social studies is taught in elementary school grades (preschool through the 5th grade), students are not only learning about historical events, but are also exploring concepts related to society and culture. Social studies instruction could range from basic concepts (such as the different types of communities or specific cultures) to social issues (such as prejudice or bullying).


With sufficient instruction in social studies, students develop a larger worldview and become cognizant of issues on a global level, which is AWESOME and super important! And the best resources in social studies instruction, in my opinion, are quality selections in children's literature.


Despite that 21% of same-sex couples are reported to have adopted children, according to 2010 U.S. Census data, and this statistic is only projected to grow with the recent Supreme Court ruling allowing same-sex couples to adopt in all 50 states, the decision of whether to allow conversations about same-sex couples and families in schools may still be a hot-button issue.

Nonetheless, it's SO important that when kids in same-sex families come to school, they are able to "see themselves" represented in classroom literature, and there are two ways teachers can begin to achieve this! First, teachers might want to consider teaching about same-sex families as part of a larger unit about family types, and the Human Rights Campaign created an excellent guide of how to approach the topic of same-sex families when discussing it with young students. Teachers should also use quality literature selections as tools in teaching the concept to children, which many already do when teaching other concepts in social studies.

Here's a list of five excellent children's books that I reviewed about same-sex families. Not only do these titles represent same-sex families appropriately, but also communicate messages in ways that are accessible and relatable to young children:

"Stella Brings the Family" is happy and upbeat and includes a conflict that children can easily relate to: what should Stella, who is raised by two fathers, do when the class' Mother’s Day celebration rolls around? This conflict is resolved when Stella decides to invite members of her extended family to the party, and their presence reinforces the idea that the family members are supportive and proud of Stella's Dads. Multiple types of families are also represented toward the end of this book: same-sex, single-parent, custodial parent, and military families.

These two books, written by Vanita Oelschlager, each depict the natural curiosities children have about same-sex families. They both have the same narrative style that involve adorable exchanges between a child (with two moms or two dads) and his or her friend, who asks question after question. The books' illustrations also aid in telling the story from the childrens' points-of-view, as you never see the parents above knee level.

As I mentioned earlier, one way teachers could discuss same-sex families with young students is to create a larger unit of lessons about the different types of families. With that being said, if you're going to teach about each family type, the books in Claudia Harrington's "My Family" series serve as excellent tools for each lesson. Each book in her series follows the same plot formula: Lenny, the "class reporter", spends his afternoon at the home of a classmate with a specific type of family to write a report on what he learned about the student's family life.

The books are heavily tied to the theme of normalcy when depicting each family type, whether the student has two fathers, one mother, divorced parents, etc. You can view the full list of Claudia Harrington's books here.

"And Tango Makes Three" is actually based on a true story of Roy and Silo, two penguins at the Central Park Zoo who mated and a created a nest together. Obviously, they were unable to create offspring together, but remained loyal to one another. Instead, fate intervened: a zookeeper provided them with an extra egg from another penguin couple at the zoo, and instinct kicked in for each of them to care for the egg until it hatched.

Time passed, and they became the proud parents of a baby penguin named Tango. The book's message is clearly stated for children: Tango's family is no different from any other family at the zoo.

While the other books listed here chose to depict their characters' experiences of being in a same-sex family in ways that communicated themes of normalcy, Patricia Polacco included bigotry in the narrative to portray some of the challenges that these families face. While it has become more and more socially acceptable for two people of the same sex to marry and start a family, there are still, of course, a number of people who feel morally opposed to this, and sometimes use hate speech to communicate such beliefs. In addition to teaching children about life in a same-sex family, Patricia Polacco included a scene involving a intolerant individual to teach children about bigotry as a social issue in an appropriate and comprehensible way.

Are there any similar titles that I didn't mention here? Tweet me your suggestions and thoughts @missjulia1207!