5 Books Every Christian Artist Should Read

For research, fun, and encouragement 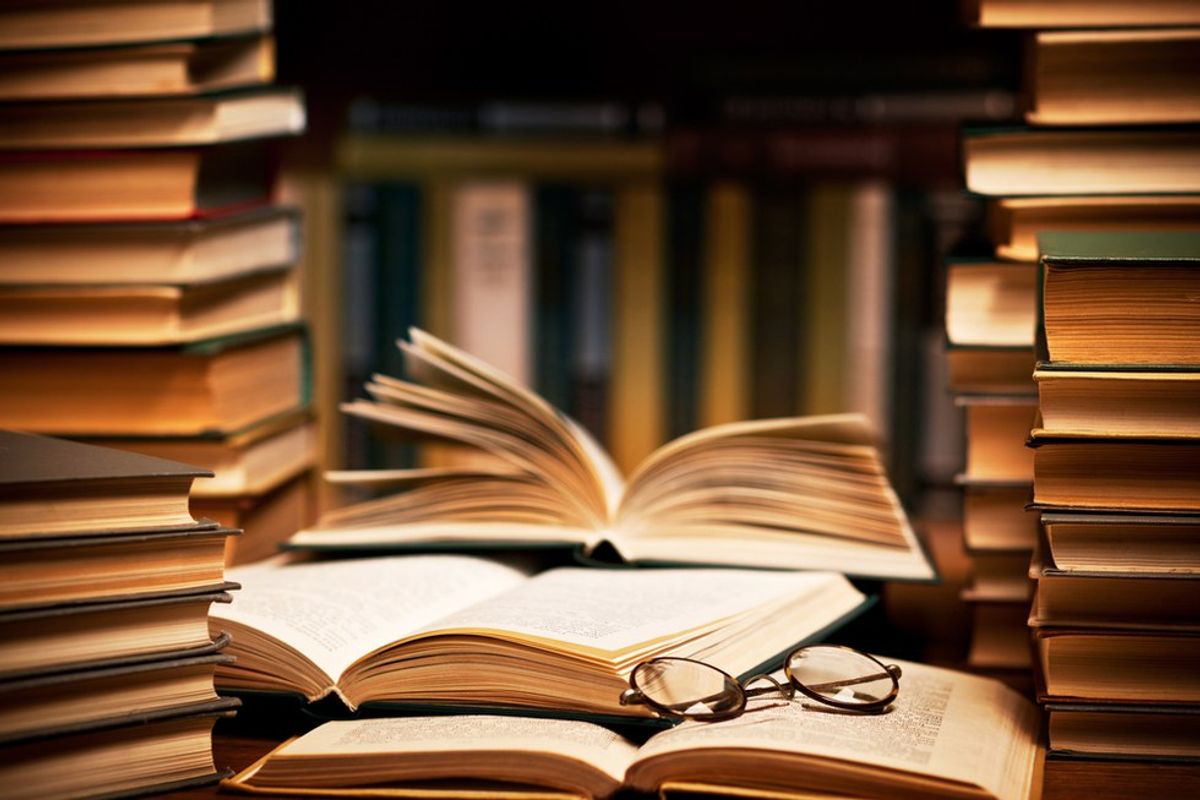 I’ve known something was wrong with Christian entertainment for a while. No one exactly pointed it out to me, but after moving back to the United States at age 11 and spending my teens around lots of Christian music and Christian books and Christian films -- growing up in the Christian evangelical subculture -- I began to see little things that were off, little misconceptions about what “good Christian art” was and wasn’t. When I found I was a fiction writer who was usually on the wrong side of what a “good Christian artist” is supposed to be, I was especially desperate to figure out what was going on.

So, two years ago, I started researching. To my surprise, I found a lot of people who'd noticed the same thing. I found a treasure trove of books and articles about the weird battle taking place in Christian entertainment. Along the way, I found a few books that just captured the struggles Christian artists have sometimes.

Here are five of the best books I’ve discovered on Christian art.

A great beginner’s guide to what exactly is wrong with the Christian entertainment movement and why Protestant evangelical artists have limited themselves to a specialized market while other Christian artists have thrived in the mainstream. Steve Turner (also the author of "Hungry for Heaven: Rock and Roll and the Search for Redemption" and "A Man Called Cash") lays out the historical background of Christian art and identifies some key factors that helped Protestant evangelicals get off track in their perceptions. Other books hint at or explain more deeply some of these issues, but Turner covers all the bases in this one book.

2. “You Lost Me: Why Young Christians Are Leaving Church...and Rethinking Faith" by David Kinnaman and Aly Hawkins

Sometimes you find a resource that discusses one topic but goes off and gives you some amazing insights about something else. "You Lost Me" is the Barna Group’s discussion about why so many Millennials have walked away from Christianity, including a whole chapter on how the church pushes away artists and “young creatives.” The book cites several good examples of successful artists who left Christian backgrounds and gives sound insights into what motivated those artists to leave.

3. “The Agony and the Ecstasy” by Irving Stone

Irving Stone might have invented biographical novels, or was certainly the best at writing them. In this case, Stone did meticulous research -- visiting locations in Italy, learning to carve marble, and reading over 500 primary sources -- to create a novel about the life of Michelangelo.

It’s a big book at roughly 650 pages, but it’s strangely relevant today even though it’s about 16th-century Italy. Readers watch Michelangelo go from an apprentice to the best-known artist of the Renaissance, sometimes fighting and sometimes allying himself with political and religious forces who help or hinder his work. The story illustrates the fact that being a Christian and an artist can be a strange journey. Religion and art do not always complement each other, and the ways they clash or mesh still create conflicts today.

4. "Art and the Bible" by Francis Schaeffer

Before one of his students wrote “Imagine,” before many people began noting how lame Christian art was, before his friend Os Guinness commented in "Fit Bodies Fat Minds" that artists are “the least understood and most alienated single group of people in the evangelical churches,” Francis Schaeffer wrote this book. It’s a great look at what exactly the Bible says about art, and just how unbiblical some evangelical Protestant views about art are. A terrific guide for any artists asking questions like “Does God approve of my art?” and “Does my art have to look a certain way?”

Including this on a list of Christian books probably seems like a terrible cop-out. But I’m serious. It’s great to read contemporary resources about where the Christian art community is today and stories that illuminate what artists have to deal with, but ultimately, the Bible is the one book every Christian artist should return to. It can provide artistic inspiration; it’s inspired hundreds of artists to make all kinds of books, drama, music and films. It can provide comfort when artists feel alone or angry in a world that often just doesn’t understand them. Most importantly, it can bring spiritual nourishment when people need it most.

A great read, available in many different languages and editions, five out of five-star rating (at least on my Goodreads account).

Hope you enjoyed this article. If you're interested in more books or conversations on this topic, be sure to check out my blog or leave a comment below.