In appreciation of gorgeous men 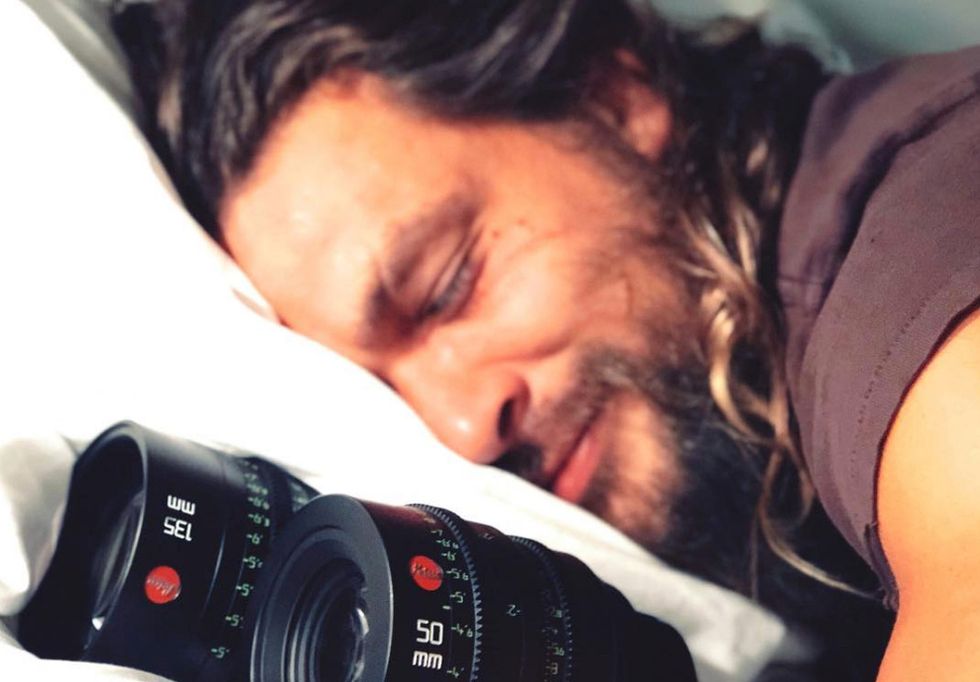 Last week People magazine named its 'Sexiest Man Alive' for 2015, and it was David Beckham. David Beckham is certainly a very handsome man who has been an icon of attractiveness for years and years now. What many found concerning and disappointing was that People named a white man as the sexiest man alive for the 29th time out of 30.

Show business, cinema and TV, music and the modelling industry - all integral parts of popular and not that popular culture - are dominated by white people, commonly Americans. In a world of seven billion people where China and India, two Asian countries, have the largest populations, and people come in an infinite variety of shapes and sizes and other body features, white men sure show up all over the place a whole lot more than it would make sense for them to.

In some cases, like in the most recent season of American Horror Story, it's even hard to tell whether or not male characters are played by the same white actor. People is a huge magazine with millions in readership, which makes it an excellent platform for a display of diversity of beauty in terms of race, ethnical background, looks, you name it. They have the opportunity, and yet they only took it once by naming Denzel Washington their sexiest man alive in 1996.

Elle, another huge magazine, took note of the issue and published an excellent list of "30 Of The Sexiest Men Alive Who Aren't White". That article inspired me to put together a similar list, but expand "the criteria" and include men from all over the world in an effort to counter US-centrism.

It's important that I take the time to acknowledge my own bias of preference in choosing the men for this list, as well as the influence that widespread beauty standards have had on me. It's also crucial to remember that while these men are gorgeous in every way, they also have easy access to "beautifying" procedures, gyms and make up. Please keep that in mind if you are comparing yourself to them, dear male-identifying readers!

Naveen is a British actor famous for his roles in TV shows like LOST and Sense8. His parents are Indian immigrants.

Frank Ocean is a popular American musician. He is also not straight.

Moon Jong Up, more commonly known by his stage name Jongup, is a member of South Korean K-Pop group B.A.P. He is the main dancer of the group.

Kenneth Okolie is a Nigerian actor.

Conrad Ricamora is an American actor of Filipino and German descent. He is most famous for his role in the TV show How To Get Away With Murder.

Purab Kohli is an Indian actor and celebrity. He recently starred in the Netflix show Sense8.

Prince Hashim bin Hussein is one of the sons of Jordanian King Hussein and Queen Noor. He is in the line of succession for the throne.

Jayden Flood is a model of Maori and Tongan descent. He and his brother model under Global Indigenous Management.

Jason Derulo is a famous American singer of Haitian descent.

Nazril Irham, more commonly known as Ariel, is an Indonesian rock star. He is the founder of the group Noah. Ariel spent two years in prison after sex tapes with him leaked, and he was charged under Indonesian laws prohibiting pornography and adultery.

Andrew Orozco is a Native American actor and model.

Kim Jong In, more commonly known by his stage name Kai, is the main dancer and visual of famous K-Pop group EXO. He is divine.

Benjamin Bratt is an American actor of Peruvian descent.

Rami Malek is an American actor of Egyptian descent.

Alfred Enoch is a British actor. He starred in the Harry Potter movies and is currently one of the leads in the TV show How To Get Away With Murder.

Utkarsh Ambudkar is an American actor of Indian descent. He starred in Pitch Perfect.

Truong Thanh Long is a Vietnamese model. He is also divine.

Lenny Kravitz is an American musician of Haitian and Ukrainian descent.

Adam Rodriguez is an American actor of Puerto Rican and Cuban descent. He is most famous for his role in CSI: Miami.

Jason Momoa is a Hawaiian actor. He is most famous for his role in Game of Thrones.

Agung Arya is an Indonesian model.

Majid Michel is a Ghanaian actor.

Tyler James Williams is an American actor. He recently starred as Noah in the TV show The Walking Dead.

Huang Zitao, more commonly known by his stage names Tao and Z. Tao, is a Chinese musician. Until recently he was a member of K-pop group EXO.

Wilmer Valderrama is an American actor of Colombian and Venezuelan descent. He is Demi Lovato's partner.

Irrfan Khan is an Indian actor who has also appeared in Hollywood movies.

Zanjoe Marudo is a Filipino model and actor.

Jo In Sung is a Korean actor.

Alejandro Meraz is an American actor.

Idris Elba is an American actor of Sierra Leonean and Ghanaian descent.

Jackson Wang is a Hong Kong born Chinese musician. He is part of K-pop group Got7. He is from another world.

Composing this article was one of the most pleasant things I have done recently, but it took about a hundred times more work than I thought it would. There will likely be a Part Two, so feel free to voice suggestions!