4 Things You Should Know About Autism
Odyssey

4 Things You Should Know About Autism

It isn't just one disorder... 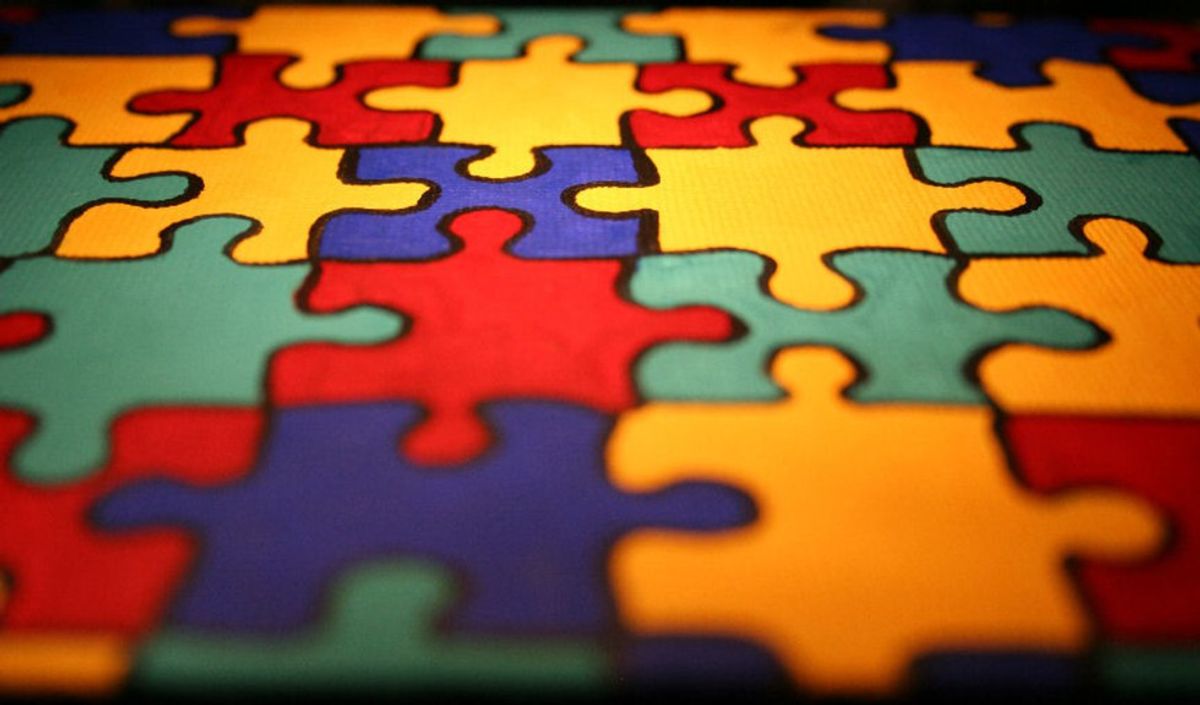 Before the comments start rolling in: I know, I know, autism isn't really a mental disorder, so to speak, so I'm sort of leaning out of my area of comfort and expertise, but this is really something that needs to be talked about. Autism and other disorders on the autism spectrum, also known as ASDs, are developmental disorders, meaning they affect how an individual communicates, grows, and expresses themselves. With all of that in mind, here are four things you should know about autism.

1. Autism disorders run on a spectrum.

Here's the thing: most people envision autism as a disorder that entirely cripples a person's ability to communicate and live their lives independently, and that's certainly a piece of the spectrum. But autism is unique in that it encompasses an entire group of disorders, some much more impairing than others. There are autistic people who are very high functioning, but simply lack what we would consider social skills and tact; there are also autistic people who cannot communicate verbally and cannot fully control their movements.

2. The autism spectrum covers a lot of developmental disorders.

While it cannot be narrowed down to a simple, set-in-stone definition, all disorders on the spectrum are classified by impaired social skills and communication, as well as very narrow interests and behaviors. Asperger syndrome is considered a more "mild" form of autism, characterized by a difficulty interacting with others as opposed to language and learning barriers. As hard as it is to pin down autism to one certain set of specific symptoms, everything that falls into the spectrum can be linked together under the umbrella of communication difficulties.

But with that in mind...

3. Symptoms of autism are not always related to communication.

While many of the characteristics of ASDs are related to communication, either verbal or non-verbal, it's very common for individuals to experience difficulties moving properly, oversensitivity to things such as loud noises (or undersensitivity), and most of all, behavioral abnormalities. These include both restricted behaviors (only enjoying one activity or source of entertainment) and ritualistic behaviors (performing the same routine daily, or repeating a motion over and over).

Nor will you develop the symptoms later in life; part of the core criteria for diagnosing an autism disorder is that symptoms become apparent in very early childhood. That isn't to say that autism never goes undiagnosed, but a person on the spectrum will almost always be aware that they're different from other people, and anyone with knowledge of the spectrum will be able to spot certain symptoms even in high-functioning people. It is a hereditary disorder that someone develops very early on in life.