4 Reasons You Should Start Watching 'One Piece'
Odyssey

4 Reasons You Should Start Watching 'One Piece'

One Piece is pretty cool and here's why you should check it out. 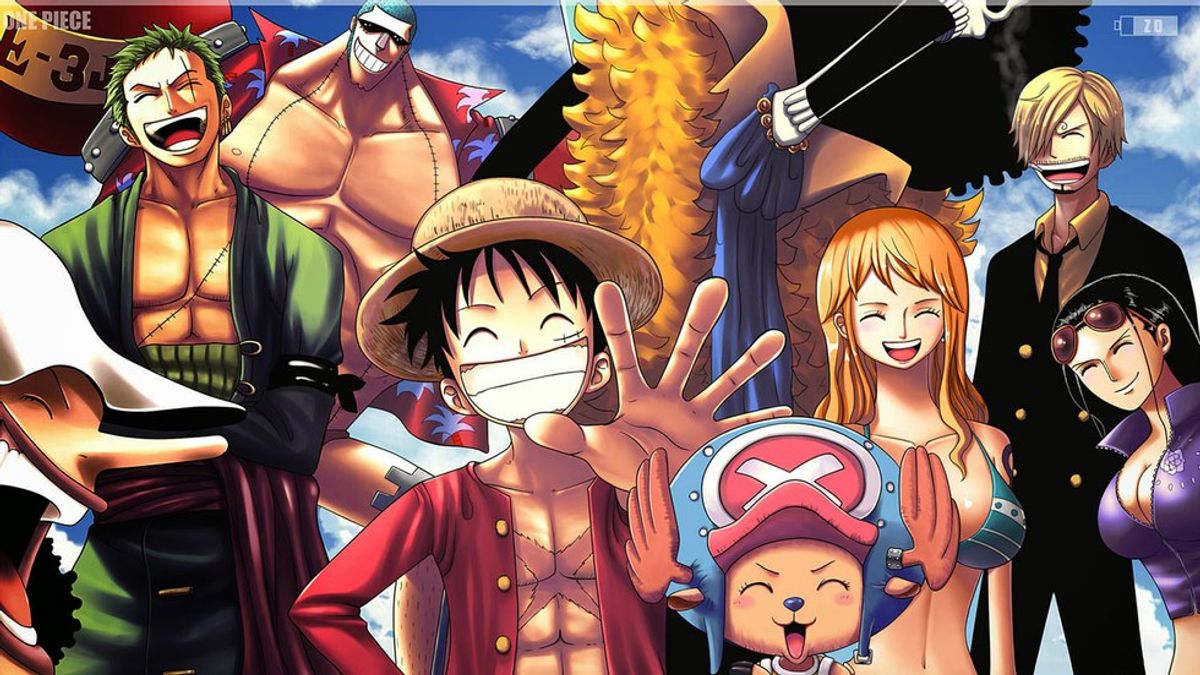 The phenomenon of One Piece is something special. It is the best-selling manga of all time, with over 380 million volumes sold. To me, one of the most interesting aspects of the series is that it has been running continuously since 1997. Now you may be thinking. "So, why should I care? Batman and Superman comics have been running for 75+ years, Marvel series have been going for almost as long, Hell even some newer stuff like TMNT has been around since the 80's." Here's the difference. One Piece has been following the same story for the past 19 years and it has all been written by the same author, Eiichiro Oda. Sure, Stan Lee created Spider-Man, but he didn't exclusively write his story for 20 years. Manga is published differently as well, running as a weekly feature. In One Piece's case, the magazine is Weekly Shonen Jump, making this story even more engaging. Oda has been working on the same story all this time with minimal breaks and still manages to tell a compelling story most weeks. But, today I'm not here to sell you on the manga, I'm here to sell you on the excellent anime adaptation. So here are 4 reasons you should try watching the adventures of the Straw Hat pirate crew.

1. The Characters are Great

Luffy is seen here convinced that he can push a zombie back into the ground. The zombie then proceeds to call him a jackass.

One Piece has some of the best characters in all of . The protagonist Monkey D. Luffy is an iconic hero, who succeeds where many other protagonists fail. Luffy has one goal and makes it very evident throughout the series, he wants to become king of the pirates by finding the "One Piece". Normally I'm not the biggest fan of the main character of an anime but, that's where Luffy is different. He has many of the Shonen hero traits that others such as Goku and Naruto possess, and somehow makes them his own. The easiest way to describe it is to think back to kid Goku in the original anime. Goku was lovable, funny, and relatable because he was innocent. Luffy remains that lovable innocent moron that you want to root for the entire series (thus far). His strength is often tested and is shown to be beatable, which helps to humanize him. Luffy has the ability to stretch himself, much like Mr. Fantastic. He obtained this awesome power by accidentally eating a Devil Fruit as a child, but this came at a great cost. Luffy and all other Devil Fruit users, which there are many, but only one of each type, can not swim in the ocean.

This creates an automatic large weakness for many of the characters in the show because they are after all pirates sailing the high seas. Luffy and every member of his crew get incredibly fleshed out backstories that you need to experience for yourself. This creates an emotional attachment to the characters, who in turn contribute to the overarching story in various ways. At its core, One Piece is about the characters and their growth. Even most of the villains and side characters are likable and interesting. They all have goals and tangible motivations.

2. The Perfect Blend of Humor and Action

Seriously you do not want to piss these guys off.

Many anime are action packed and many have a weird blend of humor. This series manages to combine the two in a believable way that blends perfectly. This is most evident through our lovable pirate crew. They can be joking, eating, and drinking one moment, and the next kicking some serious ass. Dragonball is one of my favorite anime of all time and while it can be funny at times, it has never had me laughing as hard as One Piece does. This blend of action and humor keeps an air of lightheartedness to the series while not sacrificing the emotion that it creates. The show is very smart about when it wants to make you laugh and when it wants you to feel an emotion, whether it be anger, sadness, or something else. The fight scenes are also great. Characters often are pushed to their limits and must create new flashy techniques on the fly. The coolest thing about this is how Zoro, the crew's first mate, and swordsman, can handle a situation differently than say Usopp, the sniper, or Nami, the navigator, who must use their brains or trickery to diffuse it because of their lack of physical strength. This keeps the show interesting and keeps you guessing how different characters will overcome different odds.

One Piece is a wholly original concept. Sure, pirate stories have been done and sure, Shonen action anime have been but never have the two been merged into a perfect storm of awesome like this show. The overarching plot of Luffy and his crew finding the One Piece is always the heart of the story, but it never overshadows the plot at the time. The characters are sometimes freeing a village from an oppressive tyrant, sometimes stopping a civil war, and sometimes just being pirates and hunting for treasure. Every story arc feels unique and fresh. This is helped by the fact that almost every island they visit has a new aesthetic. Thriller Bark, which is one of my personal favorite arcs, has a Halloween theme and without spoiling too much, finds our crew combating demons, zombies, monsters, and ghosts. Water 7 shows an island with cyborgs and technology that helps to advance the story while introducing us to new concepts for the show. Every story is neatly while advancing the main plot and growing the crew (literally in some cases) and enriches the lore of the universe. Throughout all of our cast of heroes and change to events that help to shape them. It is dynamic storytelling at it's finest.

It's a blast to cosplay too. Yup, that's my crew and I at a recent Animecon in Atlantic City. Two of the guys had never even seen the show and were intrigued enough by the characters to want to go.

To date of the article's writing the One Piece anime has 755 subtitled episodes, 491 of which are available to watch currently in English. In our culture today binging a series is common. This is why Netflix now releases their shows all at once. It is the new streaming model and doesn't look to be changing anytime soon. With this many episodes to watch, not including movies (of which there are 14) and manga, you could be busy watching this show for a long time. The best part about is One Piece is the type of show that lends itself to long watching sessions. You can sit down for a weekend and binge the entire Alabasta arc and feel like you made progress in the show. The other great thing is that there is no end in sight. Oda has stated that the story is only about halfway done. There has even been a time-skip to progress the characters and keep things fresh and interesting. One Piece shows no signs of slowing down and thankfully has never had a large dip in quality, thanks to the love and attention of its creator. So if you're looking for something new to watch this weekend, give it a shot.

One Piece was one of the shows that got me back into anime after a long hiatus. I was always a fan of Dragonball, Gundam Wing, and Yu Yu Hakusho growing up and One Piece scratches that itch for me. It is a very unique and diverse show that I have only begun to scratch the surface of in this article. I encourage you to check it out and let me know what you think. It is available to stream on Funimation and Cruncyroll currently and with the recent announcement of their partnership, we'll be getting more anime in the west than ever. One Piece is also currently airing on Adult Swim's Toonami block Saturday's at 2:00 AM EST. Oh and I forgot to mention, One Piece has some kick ass music that you can check out here.