How not to miss out on the beauty the United States has to offer. 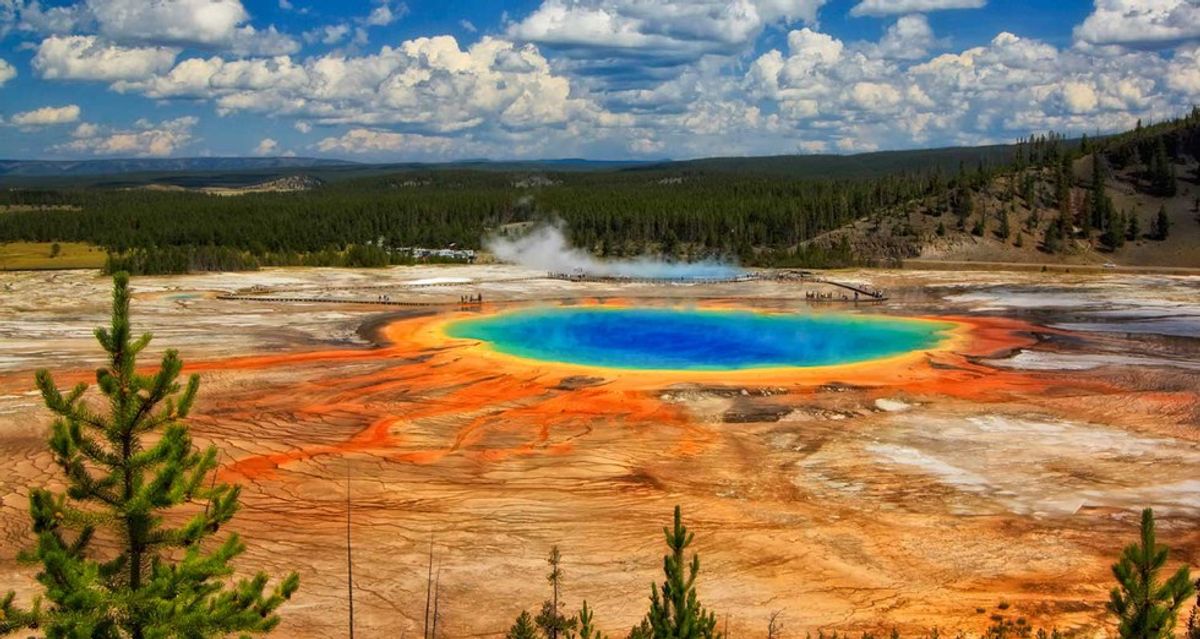 The United States boasts some of the most geographically expansive and aesthetically stunning national parks in the world. Every year, millions of Americans and international tourists alike flock to the different parks that are for the most part scattered across the western half of the country. Each park is comprised of its own set of distinct features and diverse environments, from the interlacing jagged and smooth magma deposits of Volcanoes National Park in Hawaii, to the endless sedimentation and geologic weathering of Grand Canyon National Park in Arizona. I believe that everyone should visit at least a few of these tremendously beautiful parks during the course of their lives. However, there are two in particular I believe one should make an effort to visit: Yellowstone National Park, which lies primarily in northwest Wyoming, and Grand Teton National Park, situated in its entirety in Wyoming to the south of Yellowstone. Here’s why I judge that these parks will provide you with a truly amazing experience:

Both Yellowstone and Grand Teton National Park possess a great variety of diverse animal and plant life, establishing a sort of menagerie while still fostering and upholding the natural ecosystem, as well as the symbiotic relationships that occur between organisms. Both parks enable tourists to take wildlife tours, where they have the opportunity to observe the diverse plants and animals the land has to offer. For example, Yellowstone is notorious for mammals, like its bison, which roam the immense open regions of the park to graze, as well as its elk and white-tailed deer that weave inconspicuously through the park’s lodgepole pine trees. Furthermore, in both Yellowstone and Grand Teton, one can see both Grizzly and Black Bears. Grand Teton is also known for its small mammals like squirrels, beavers, mice, chipmunks, martens, weasels and more. Avian wildlife is in no short supply in the parks either, as one can routinely spot Osprey and Hawks circling overhead. The wildlife in both parks is truly amazing.

Though both parks are situated in Wyoming, each park has a unique landscape that is waiting to be traversed and admired. Yellowstone, bequeathed with a plethora of different landscapes even within the park itself, displays everything from rolling hills, to rivers and creeks that cut through large patches of flat green, to enormous tracts of pine forest, to geologic features like “The Grand Canyon of Yellowstone.” Most notably, however, Yellowstone is famous for its geothermal activity, including a variety of geysers, mud pots, and hot springs. The most renowned and celebrated of these geothermal features is “Old Faithful,” the famed geyser that spews water and steam upwards of 150 feet into the air every 35 to 120 minutes. In contrast, Grand Teton National Park does not contain the geothermal activity that Yellowstone does, but instead welcomes the Teton Mountain Range, with it’s sharply pointed, snow capped peaks backing up to large areas of plains and several bodies of water. Both parks provide absolutely breathtaking views.

A major selling point for both parks, and something that really struck me when I visited these places, was the sheer amount of space and open land each park offered. Hailing from the most densely populated state in the U.S., as well as the most populous and developed section in the Northeast/Mid-Atlantic regions, such developmental changes were astounding to me in a number of ways. First, the openness and lack of constraint makes you feel absolutely free, contrary to the confines of urban and suburban America. In addition, the absence of ambient light unwraps the night sky, parading its true beauty, occupied by individual stars and constellations alike. Looking up at night and being able to see the millions of stars really puts things into perspective and conveys the unfathomable size of the universe that we live in.

4. Hiking and Other Outdoor Activities:

Finally, both parks enable visitors to fulfill a share of outdoor undertakings including but not limited to: camping, hiking, rafting, kayaking, and climbing. There are a variety of places one can camp out in the most isolated portions of the parks and truly live a rugged lifestyle. However, there are also places to partake in activities that involve more civilization. In Grand Teton, for example, one can go white water rafting on the Snake River or hike up into the mountains surrounding the awe-inspiring Jenny Lake. In Yellowstone, one can navigate and hike down the side of the “Grand Canyon of Yellowstone” and observe the remarkable falls.

So, what are you waiting for? Travel forth and discover!

Madison Franz
The Narrative
1113707
Photo by Brooke Cagle on Unsplash

Madison Franz
The Narrative
652557
Photo by Manny Moreno on Unsplash