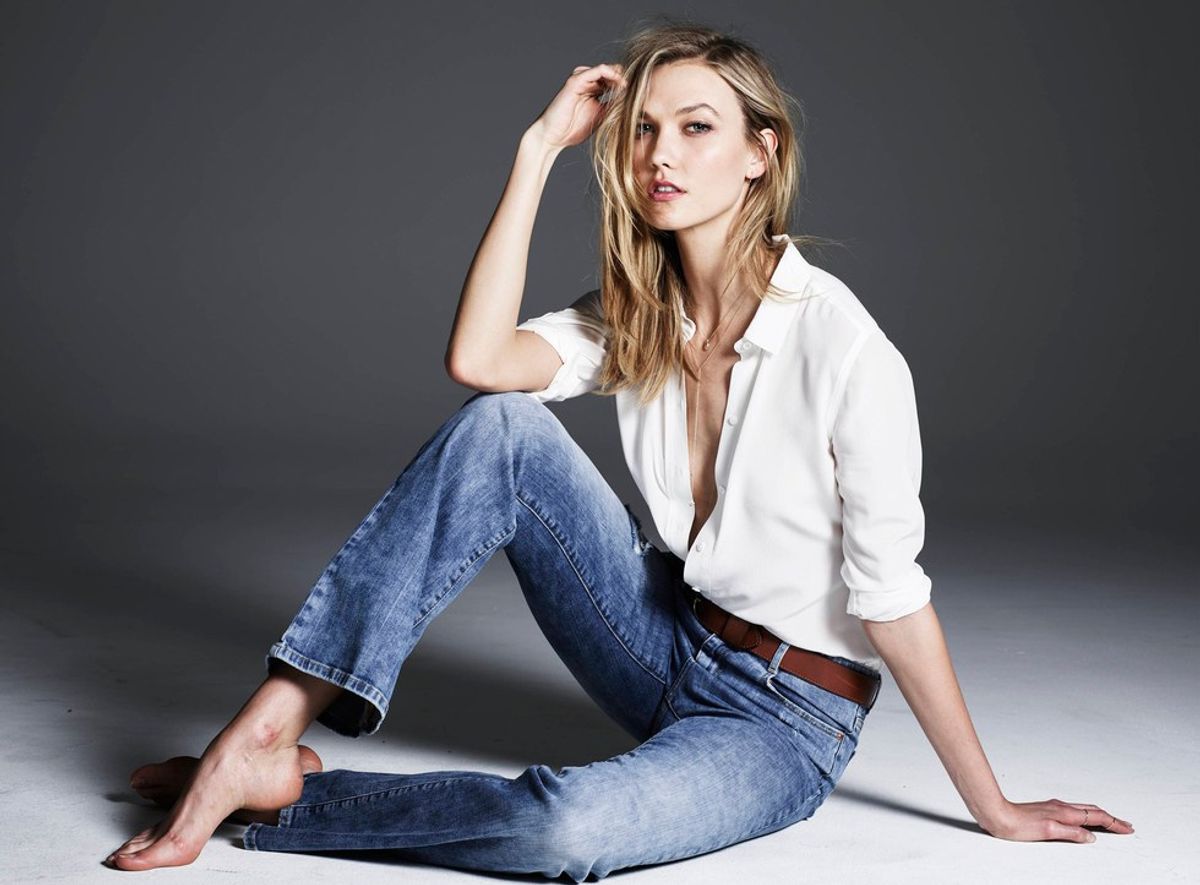 If you consider a "superwoman" to be worldly, compassionate, and sophisticated, then Karlie Kloss embodies your ultimate Superwoman. Realizing that she is a six-foot-two female, people might think that Kloss is a freak of nature. The truth is, she is a freak of nature but in the best definition of "freak" possible. Her ability to work diligently toward achieving her goals and to defy the supermodel archetype are reasons that she should be a role model to all girls and women alike. Here are four reasons I adore Karlie Kloss:

1. Her love for coding and all things tech-related

Karlie Kloss recognizes the lack of female power in the fields of technology and, more prominently, computer science. She believes that if given the proper and sufficient resources, women can make groundbreaking contributions in the tech industry that would extend beyond this sphere of innovation to transform the world. So rather than idly observing the latent potential for all that women can accomplish in computer science, she created the "Kode With Klossy" scholarship in 2015 that allows girls between ages 13 and 18 to immerse themselves in the magical world of coding; these girls learn fundamental programming principles and apply those in the construction of their own apps. As a student pursuing a minor in computer science, I am inspired by Karlie Kloss's passion for software programming and how she works to create opportunities for other girls to share in this passion.

Back in 2012, Karlie Kloss formed a business partnership with chef Christina Tosi of New York City's Momofuku Milk Bar to create a recipe for what would eventually become "Karlie's Kookies". (She truly is conquering the world, replacing all the C's with K's, isn't she?) These cookies, made with gluten-free almond flour and no dairy, were sold during the 2012 Fashion's Night Out in NYC. For each tin of her aptly named "Perfect 10 Kookies" sold, FEED Projects delivers ten meals to disadvantaged children around the world. In the same way that she uses her coding zeal for good, Kloss has transformed her baking hobby into a philanthropic pursuit that benefits the hungry. How cool is that?

3. Her pursuit of a college degree

According to the media, Karlie Kloss often surprises people, like the time she chopped her hair into a short bob the night before the 2012 Victoria's Secret Fashion Show where the models are supposed to have long, luscious locks. So her decision to study at NYU's Gallatin School of Individualized Study back in 2015 was a shock to many people who wondered why a successful supermodel like Kloss would want to attend school. But despite her known, celebrated presence on the runway and in the fashion industry overall, she has always displayed a penchant for academia. Heck, she even took a business class at Harvard back in 2014. Kloss's willingness to integrate higher education into her hectic life is so praiseworthy, especially to a college undergraduate like me who can barely handle much more than the five classes I am taking this semester.

Karlie Kloss must be constantly occupied with something, whether that's traveling the world for her fashion career, studying for classes, baking more cookies, or attending one of Taylor Swift's soirees (as one of Swift's squad members). But even with all these activities in her life, Kloss has maintained her lively and down-to-earth nature, and this is demonstrated no better than in her YouTube videos. Kloss shares everything from her family (for whom she loves dearly and shows it too) to her baking, travels, and thoughts. She even did a series of videos in which she interviewed inspiring women in the tech industry, including CEOs, entrepreneurs and Stanford students. Since she officially launched her channel in April of 2015, I have been watching her videos religiously because there is something refreshing about her attitude and the way she carries herself. Check out her channel here!

Aside from her unmistakable beauty, Karlie Kloss is genuine and hard-working, and it excites me to think what else she will accomplish in the future.

Nicole Marie Nigro
Individual Creator
8525
c1.staticflickr.com
Where to start...... Let me start with the cliche that life throws us curveballs and what we do with it is what counts.