Everyone is all about those rare, once-in-a-lifetime experiences, but many of these experiences are right under the nose through 4-H. 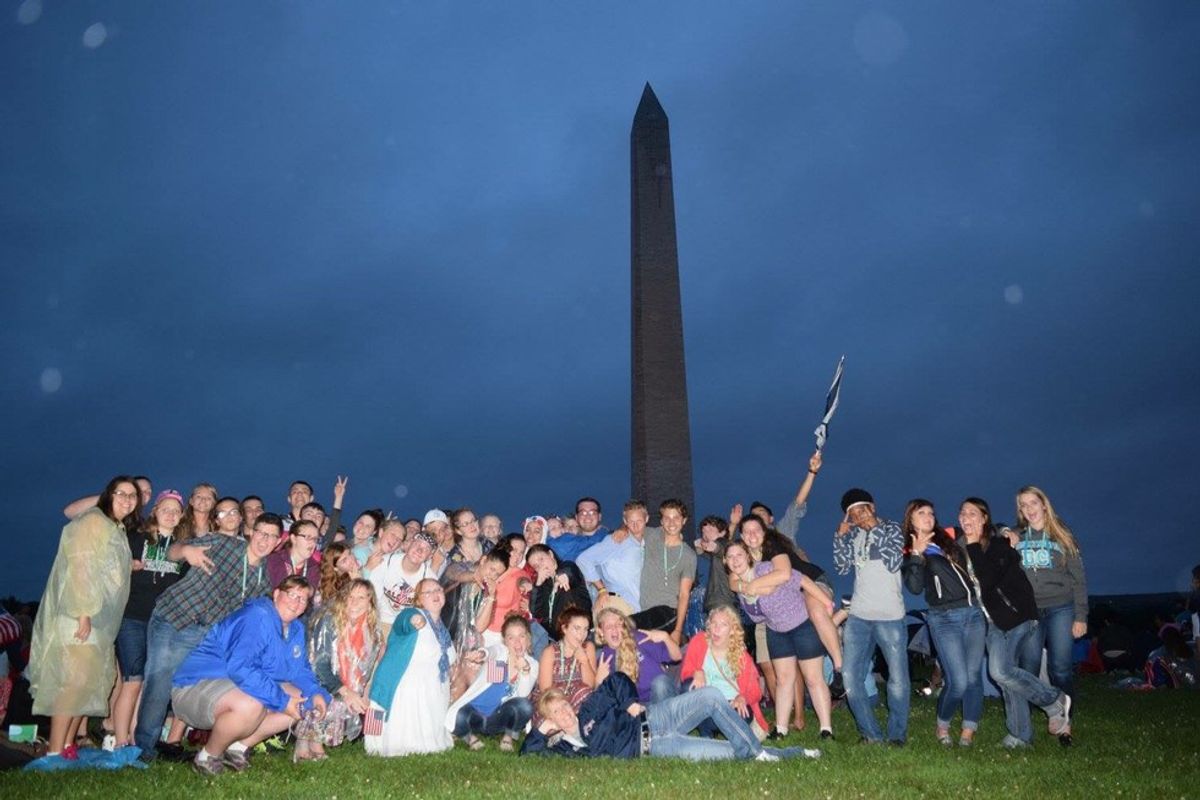 As some of you may know, I was selected by the Wood County 4-H program to attend the Presidential Inauguration in just a few days. Because Wood County 4-H is phenomenal, they were sending three people, and all I had to do was apply and interview for a chance at being selected, and well, I was lucky enough.

I knew I was doing this, going to the Presidential Inauguration, way back in May, but let me tell you, it doesn’t really set in until a few days before.

It does kind of help that everyone I see is reminding me about and asking about it, though.

I knew it was a big deal, but now, as I’ve been contacted by multiple newspapers for interviews about my trip.

Before I get into it, as I’m doing these interviews, the interviewer usually starts by saying it shouldn’t take more than five or ten minutes, and during, I realize I’m exploding with explanations and excitement about everything they ask me. It’s not until I hang up that I see that the call time on my phone reads upwards of 20 minutes that I really understand that I talk a lot. Thank you, 4-H, for one, giving me so much to love and talk about, but also for teaching me how to talk that much and effectively, all while thinking quickly.

So, anyway, as I’ve been giving these interviews, I’m always asked what I think about the whole thing, and I find myself saying that I’m in great anticipation because it’s a “once-in-a-lifetime kind of experience,” and I can’t wait to go simply because it’s that rare of an experience.

Then I realized that everything I’ve done in 4-H is a once-in-a-lifetime experience.

How many times does one have the chance to stand in front of about 300 people in a cow suit and act as a screaming cow (while working without a script of any sort)? I’ve only done that once in my life, at 4-H camp, and I’m pretty sure that’s something I’ll never do again.

And suddenly, I’m thinking of all of the other things that I’ve done through 4-H that are rare experiences, some albeit insane, but they’re things that truly have been once-in-a-lifetime for me.

I’ve watched fireworks on the fourth of July on the Mall, right in front of the Washington Monument.

I've raised a flag with one of my best friends while we were both wearing our pajamas.

I’ve stood in a murky creek in Crocs waiting for kids to spray me with water guns filled with weird smelling water.

I've watched a bunch of kids launch potatoes out of slingshots into trash cans, barely making the cans and mostly watching potatoes fly and explode.

I’ve jumped out, eagle-spread into a pit of mud and muddy water with my other 4-H friends.

I’ve gotten stuck on a sloth-crawl rope on a ropes course, but used my lacking upper-body strength and encouragement from my friends to get myself across.

I could keep going for days about this stuff.

If you ask 4-H members, I am sure they could give you many more of their once-in-a-lifetime experiences through 4-H.

I’ve loved each and every one of those experiences, and they’re memories I hold near and dear. Not to mention, I think of them as something that the majority of people I know have never had the opportunity to do, nor will they ever. Even though I’ve already done it, it’s highly unlikely it’ll ever happen to me again. That’s the beauty of it; they were once-in-a-lifetime things.

I’m not actually sure how I would describe it, but I’m more than that because 4-H is much more than that. 4-H in itself is once-in-a-lifetime, my friends.

To make the best better.

Emmaline B
The Narrative
28305
https://unsplash.com/photos/O0T1SIgHAfM