38 Facts About the Great Lakes You Probably Didn't Know
Odyssey

38 Facts About the Great Lakes You Probably Didn't Know

Unsalted and shark-free; the Great Lakes sure have a lot to offer. 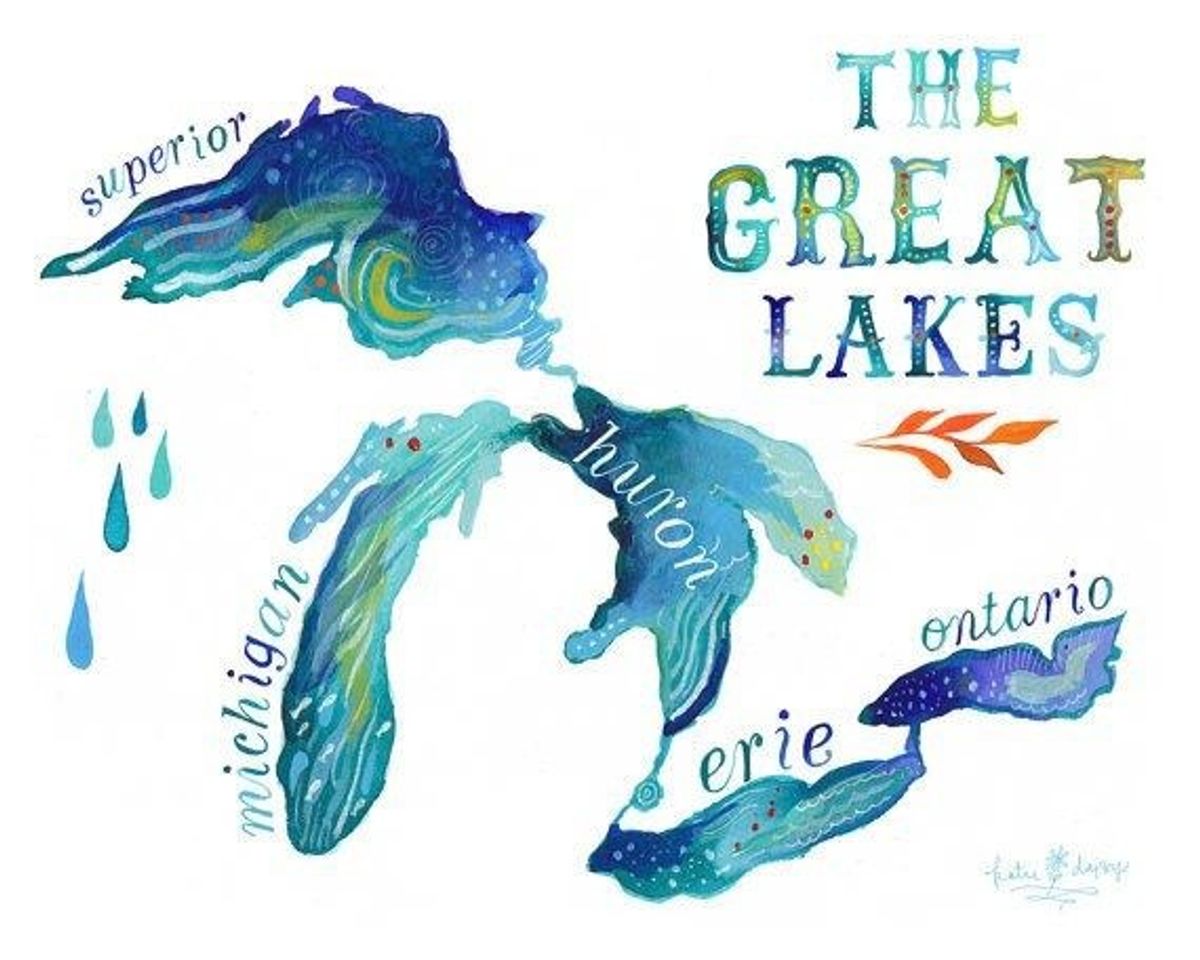 1. Lake Superior is the deepest, coldest, and highest in elevation of all of the Great Lakes.

2. Although it falls under the category of what we define as a lake, Lake Superior acts more like an inland sea.

3. Lake Superior, along with the rest of the Great Lakes, was actually formed due to glacial movements that caused depressions in the earth that eventually filled with water.

4. There is enough water in Lake Superior to submerge North and South America under 1 foot of freshwater.

5. Lake Superior is the largest body of freshwater in the world by surface area, and the third largest by volume.

7. There is an island located on Lake Superior names Isle Royale. This island has it's own national park which preserves 132,018 acres of land that was federally designated as wilderness on October 20, 1976.

9. Lake Michigan and Lake Huron are considered one lake hydrologically since they are connected by the Straits of Mackinac.

10. Although they have been small, lunar tidal effects have been documented for Lake Michigan.

11. Many rivers and streams flow into Lake Michigan with the the major tributaries being the Fox-Wolf, the Grand and the Kalamazoo.

12. Lake Michigan is the only Great Lake totally within the U.S. border.

14. Lake Michigan is the product of the Mid-Continent Rift, which formed about 1.2 billion years ago.

15. For the lake to rise or fall a single inch, as much as 390 billion gallons of water must enter or exit the lake.

17. There are 9,000-year-old animal-herding structures below Lake Huron

18. The lake contains massive sinkholes that create an environment similar to the oceans three million years ago.

19. Lake Huron is the only Great Lake bordered by one state, Michigan.

21. The shoreline of Georgian Bay, in Ontario, is the longest freshwater beach in the world.

22. Lake Huron was the first of the Great Lakes to be discovered by Europeans. In 1615, Samuel de Champlain and Étienne Brûlé, traveling up the Ottawa and Mattawa rivers, came upon the lake.

23. Although Ontario is the smallest in surface area of all the Great Lakes, it contains 4 times as much water as Lake Erie and has an average depth of 283 feet.

24. On September 6th, 1914, Babe Ruth hit his first major league home run into Lake Ontario, and is still thought to be there today.

25. More than half of the water supply in the lake comes from the other 4 Great Lakes, and the rest is from rainfall.

26. The Canadian province of Ontario was named after the lake along with one of the moons of Saturn, Ontario Lacus.

27. It takes about six years for the water in Lake Ontario to recycle itself.

28. Lake Ontario's oldest lighthouse was built in 1818 and is located on the U.S. side at Fort Niagara.

29. The Lake Huron shoreline extends 3,827 miles and encompasses 30,000 islands. It is the longest shoreline of the Great Lakes.

30. Concord grapes are grown in large quantities around the lake due to it's rich soil.

31. The southern-most point of Canada, Pelee Island, is located within Lake Erie.

32. The water in Lake Erie is recycled every 2.6 years, the shortest of any Great Lake.

33. 400 million year old rocks found in Lake Erie were once part of a tropical ocean reef.

34. Kelly's Island is home to the largest accessible glacial grooves in the world.

35. Amherst, Ohio, on the shore of Lake Erie, is home to the largest sandstone quarry in the world.

36. The rainfall rate is equal to the evaporation rate on the lake.

37. Lake Erie is the shallowest of the Great Lakes with an average depth of only 62 feet and a maximum depth of 210 feet.

38. The lake is surrounded by seventeen metropolises, each with a population of at least 50,000 people.