I Tried The '36 Questions That Are Guaranteed To Make You Fall In Love' ...And Didn't

I Tried The '36 Questions That Are Guaranteed To Make You Fall In Love' ...And Didn't

I didn't fall in love. I actually did the opposite. 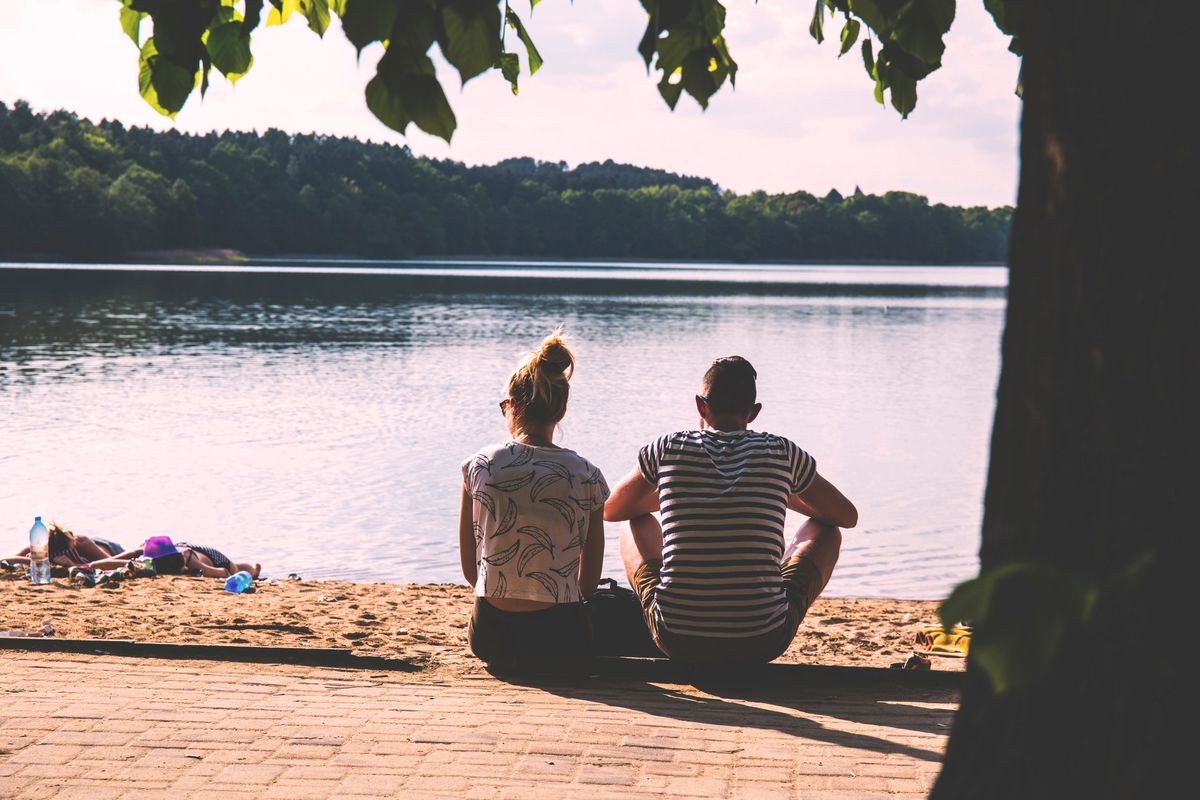 It was any other Saturday evening, I was lounging on the couch with my boyfriend as we toyed around on our individual computers. He was finishing up some homework while I, as usual, flipped through article after article on the internet.

And then I stumbled upon it.

The 36 Questions That Lead To Love

If you have the time to read the link, you will find that it's not just a generic long list of questions that eventual map out a formula for you and the other player to magically fall in love. It is a quirky little ancedote about how a young writer stumbled upon the 36 Question love experiment shortly before a tinder date and bravely decided to try it out. Naturally, they fell in love.

For those of you not familiar with this phenomenon, about twenty years ago a psychologist named Arthur Aron conducted an experiment where he tried to get two strangers who had never met before fall in love using a set of 36 questions he designed. The first initial two subjects of his were married six months after their experiment.

My boyfriend and I are not strangers, nor are we tinder dates meeting up for the first time. We have been dating for well over two years and have already well established the fact that we love each other, but I am also the type of person who would spend hours upon hours taking BuzzFeed quizzes just to see what Kardashian sister I would be based on my pizza choice, so I immediately pushed my boyfriend's laptop away to see if we would fall in love again.

The format of the experiment involves asking a serious of thought provoking questions to one another and both answering, as the session goes on the questions become more and more intense and intimate. After the thirty sixth question, you conclude the session by staring into each other's eyes for four minutes straight to seal in all the intimacy and closeness you two had just shared. I thought this would be a defining moment in our relationship, that we would break some boundaries and become closer than ever.

Long story short, we didn't fall in love. We actually did the opposite.

Turns out we already knew all the answers to the questions we asked, even the more intense ones. And the ones we actually did not know turned into debates of "really, would you really approach it that way? Don't act like I don't know you." and we ended up going to bed cranky because of all the bickering.

We did not fall in love, we did not fall out of it either thankfully, but the whole process made me realize something. For the most part, you cannot do a special dance to make someone fall in love with you, it just sort of happens.

Think of it this way, if I had just picked up my significant other in a random bar and approached him with this set of magic questions it would not be the same as just letting the relationship go it's course. Yeah we would have a grand old time going and back and forth getting to know each other but in the end it's nothing more than them not actually answering the questions honestly. It's them, and even yourself, attempting to think of a profound answer in five seconds of you think the other person would be impressed to hear. It's not s true reflection of your character, it's showing how much an improve actor you are.

It's great for establishing a connection not for falling in love.

The true thesis of this experiment all those years ago was for Aron to prove that mutual vulnerability leads to faster attachment and a closer relationship. You could argue that he was successful and that is exactly what the questions do, except I don't buy it. To me, it just a quick way to become infatuated with someone and being forced to stay with them because now they have all your baggage.

Because actually falling in love takes time, falling in love is watching this person you've chosen to spend your time with bloom in front of you after they finally learned to trust you. It is watching them gradually come out of their shell and seeing all their flaws and perfections mesh into one right before your eyes because you've witnessed all their ups and downs for more than the time it takes to answer a few questions. It's witnessing all of that and still getting butterflies when you see them walk into the room you are in.

It's not judging them for their off the top of their head analysis of their relationship with their mother (question #24), it's you figuring that out by yourself as you settle down for a family dinner with them.

The questions do establish some sense of intimacy very early in the relationship, if you would even consider what you have one, but isn't a longer ride more worth it?

I'm not saying the 36 questions are a complete waste of time, it's a great way to kill an hour and a half and certainly does make a first date interesting, you just cannot see them as your 'get rich quick scheme' to finding a relationship.

Love is more than asking 36 questions to a stranger and seeing what happens , it's finding someone who you would never get tired of hearing a lifetime's worth of answers.

Caitlin Marie Grimes
University of South Florida
9912
Beyond The States