35 Facts of Life, According To Nick Miller

35 Facts of Life, According To Nick Miller

"All booze is good booze, unless it's weak booze." 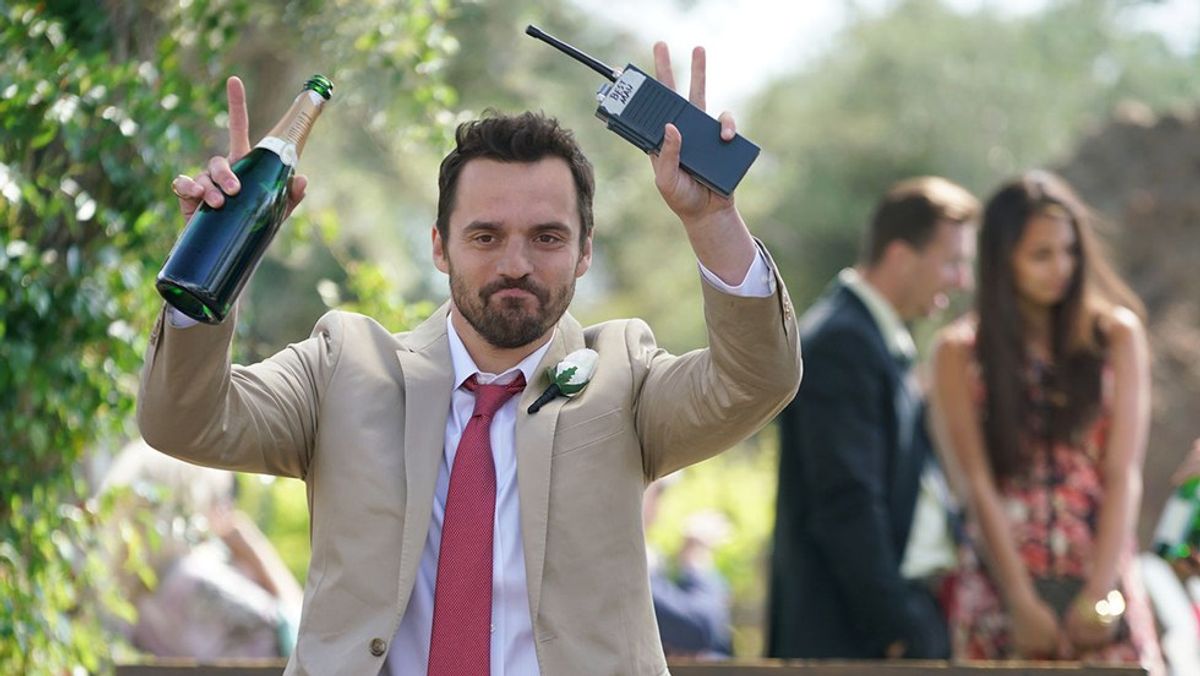 Fact: If you watch "New Girl," you love Nick Miller.

You can't help it. He's an adorable, lovable mess of a man and you look forward to seeing him and his shenanigans each week. While living the infamous and incomparable life of Nick Miller, and obviously Julius Pepperwood— he has learned many valuable laws of the land. And, although Nick refuses to learn anything from anyone besides his mysterious, old Asian friend Tran, he does have a few lessons he'd like to teach us.

Here are 35 facts of life according to 'Nick Milla Nick Milla':

"A bank is just a paper bag but with fancier walls."

4. Having sex is similar to delivering mail.

"I'm like a mailman, except instead of mail it's hot sex that I deliver."

5. Moonwalking is a foolproof way to get out of any awkward situation...

Jess (about Nick): "Now he won't even talk to me. I saw him this morning and he just panic moonwalked away from me. He does that sometimes."

6. ...using a movie reference is also a great way.

7. There's no reason to wash towels.

Nick: "I don't wash the towel. The towel washes me. Who washes a towel?"

Schmidt: "You never wash your towel?"

Nick: "What am I gonna do? Wash the shower next? Wash a bar of soap?"


8. Exes are meant to be avoided at all costs (especially if/unless they're Caroline).

"I don't deal with exes, they're part of the past. You burn them swiftly and you give their ashes to Poseidon."


9. IKEA furniture is not as intimidating as it looks.

"I'm building you the dresser. I love this stuff. It's like high-stakes LEGOs."

Nick: "I got two perfectly good forks at the end of my arms!"

11. Sex has a very specific definition.

"It's not sex until you put the straw in the coconut."

"Schmidt, that is melon flavored liquor! That is 4-proof! That is safe to drink while you're pregnant!"

Jess: "You know what that sound is? It's the sound of an empty uterus."

Nick: "I can top that easily. I'm having a hard time with my zombie novel."

Jess: "Are you really comparing a zombie novel to my ability to create life?"

"There is something serious I have to tell you about the future. The name of my first-born child needs to be Reginald VelJohnson. I lost a bet to Schmidt."

17. Adele's voice is like a combination of Fergie and Jesus.

"I'd trust Beyoncé with my life. We be all night."

“Absolutely not. You know I don't trust fish! They breathe water. That's crazy!"

Schmidt: "It's a bar mitzvah!"

Nick: "I am NOT watching a kid get circumcised!"

22. Take your time with difficult decisions. Don't be rash.

Jess: "You care about your burritos more than my children, Nick?"

Nick: "You're putting me in a tough spot!"

23. Getting into shape is not easy.

"I mean, I'm not doing squats or anything. I'm trying to eat less donuts."

24. We aren't meant to talk about our feelings.


"If we needed to talk about feelings, they would be called talkings."

25. We're all a little bit too hard on ourselves.

"The enemy is the inner me."

26. Freezing your underwear is a good way to cool off.

"Trust me, I'm wearing frozen underpants right now and I feel amazing. I'm gonna grab some old underpants and put a pair into the freezer for each of you."

"Everbody has been flashed countless times."

"I believe horses are from outer-space."

30. Turtles should actually be called 'shell-beavers.'

Nick: "Well, that's what they should be called."

"This coat has clean lines and pockets that don't quit, and it has room for your hips. And, when I wear it, I feel hot to trot!"

"Now, my final bit of advice, and don't get sensitive on this, but you've got to change that top it's terrible and you've got to throw sparkles on. Sparkles are in. SPARKLES ARE IN."

33. Introspection can lead to a deeper knowing of oneself.

"I'm not convinced I know how to read. I've just memorized a lot of words."

34. It's important to live in the moment.

"I know this isn't gonna end well but the middle part is gonna be awesome."

Jess: "Drinking to be cool, Nick? That's not a real thing."

Nick: "That's the only thing in the world I know to be true."