3 Reasons Why 'Big Hero 6' Is Better Than 'Frozen'
Odyssey

3 Reasons Why 'Big Hero 6' Is Better Than 'Frozen' 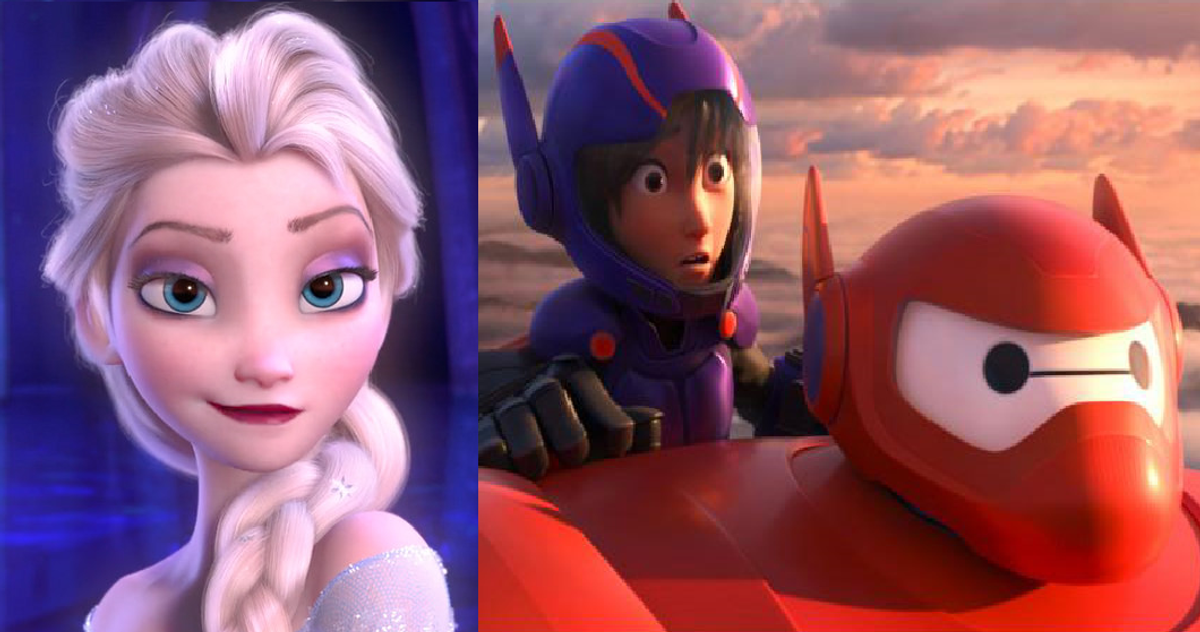 This article contains spoilers for both "Frozen" and "Big Hero 6"


Now I'm not saying that "Frozen" is a bad movie. It's certainly not my favorite though. "Frozen" does have it's merits, such as actually showing a mental illness. In this movie, Elsa is very much depressed. It also shows that she has family to rely on, who wants to help but doesn't really know how. However, it doesn't show how Anna grieved for their parents. This is just one example. Here's a small list of how "Big Hero 6" is a better movie than "Frozen."

The movie starts out showing the relationship between Hiro and his older brother Tadashi. Early on Tadashi dies in a horrible accident and we see Hiro, their friends, and their and grieve for Tadashi. Hiro however, does not take his brother's passing well and slips into depression. He secludes himself from everyone, stops eating, and stops doing what he loves. He then stumbled upon a dire plot that caused his brother's death and seeks answers. Baymax, the healthcare robot his brother built, turns on and attempts to help Hiro address his grief.

Throughout the entire movie, we see Hiro's friends reaching out to him, grieving with him, and supporting him in his actions. Granted, they did kind of stumble upon everything, but they supported him none the less. This shows that it's okay to grieve and you are not alone in that grief.

Elsa showed signs of depression caused by hiding who she really was and losing her parents, the only ones who knew her secret. Instead of reaching out to her sister, she secluded herself even more. She secluded herself so much that Anna was starving for human interaction, yet she was never able to even speak with her sister. We see Anna constantly reach out to Elsa, but only briefly showed her grieve for their parents. There was a time gap between the accident and the rest of the movie.

Instead of showing the grief in "Frozen," the movie skipped over it, only to focus on Elsa's fear, anxiety, and depression. Not a bad focus, but we don't see any grieving. This does not show that it's okay to grieve, only consequences.

2. The Danger Of Ignoring

Grief and depression can change a person. It's caused by a chemical imbalance in your brain, and if left unchecked, can leave lasting changes.

In "Frozen," we see how depression has changed Elsa, but we don't really know what she was like before it happened. We have a small glimpse from when she was a child, but that's it. We don't see how it has changed her as a teen and young adult, only the results.

"Big Hero 6" is a little different in that regard. We see Hiro before the accident, even get to know the full cast. We come to love Tadashi's character and respect him, only to watch him die - just like Hiro. Instead of skipping over his grief, we see Hiro failing to deal with it. We also see what he could have change into with time. Callaghan has not addressed his grief. Instead of dealing with it properly, he turned to revenge. It became his driving force. We see Hiro briefly slip into this when he finds out that Callaghan was behind Tadashi's death, but his friends helped him address his pain. Had they not been there for him, he easily could have been driven purely by revenge, like Callaghan.

No one really truly moves on from their grief, but they can find better ways of coping. No one can do it completely alone. If you try to grieve alone, it can have serious consequences. However, it's a process and people do eventually learn to cope, or "move on."

"Frozen" doesn't really show how to properly move on. We see that Anna has, but don't see how she did it. We see that Elsa has become absorbed in her depression, and we see her and her sister dealing with those repercussions. We see Anna reaching out to her sister again and again, finally getting through to her in the very end. However, Elsa is suddenly fine. We don't see her change in a realistic amount of time. We see the importance of relying on friends and family, but we don't see the process.


"Big Hero 6" shows a bit more of this process. Baymax actually says that Hiro needs contact with his friends and family, and that he needs to be around people, be reassured, and do things he loves. We see Hiro continue doing things on his own and gradually let his friends in. We see that even though he's acting fine, he's really not. This was shown when he snapped and tried to kill Callaghan. He slipped, yet his friends still helped him. Instead of Hiro suddenly healing, we see the process as he slips, falls, and gets a hand up. We see the process, showing that it's okay to not be fine in the face of grief.