3 Reasons Why You Should Vote
Odyssey

3 Reasons Why You Should Vote 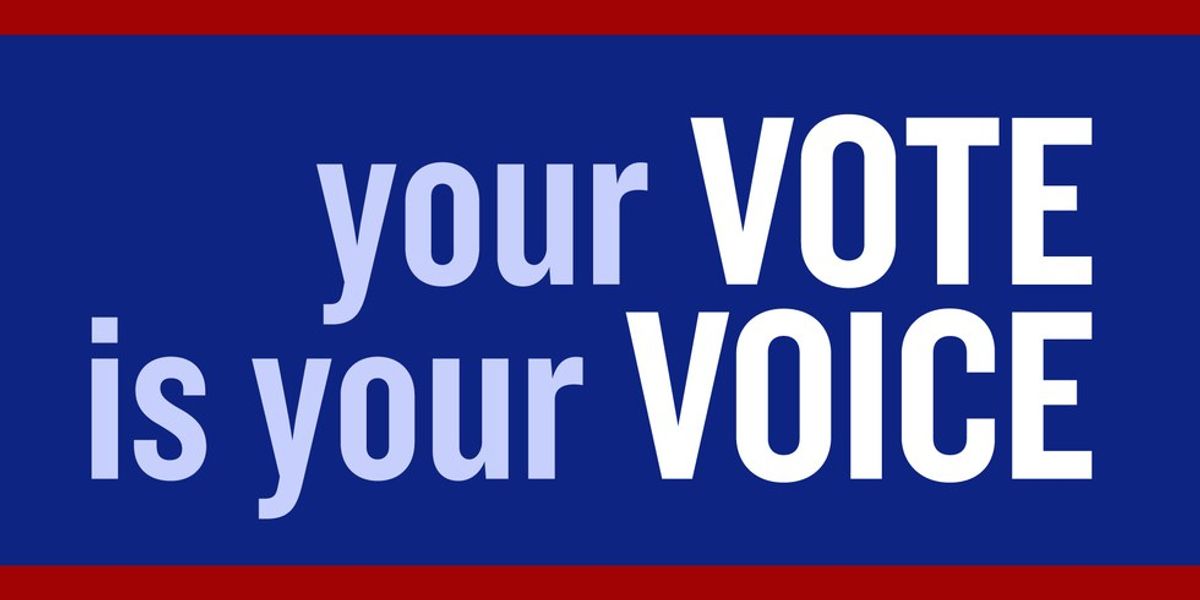 Growing up, family dinners were the debate stage and there was always a seat for politics at the table. My family is mostly Democrat, and although I more so identify with being Democrat, my family's views didn't consume me. Instead they helped me understand how important voting is and how important it is to form my own opinion on the things that matter. And being that the deadline is October 18th, which is nearly two weeks away, I want to give one last shot to change peoples minds. Because your voice does, in fact, matter.

As a woman who came from probably several generations of women who couldn't vote, I take the privilege to do so very seriously. But thats not the only reason. There are still places that restrict voting. The Vatican City only allows men to vote, not women along with Saudi Arabia and the United Arab Emirates. But even in countries where women can vote, some countries make it so women are uninformed, leaving them to make uninformed decisions that sometimes are not their own. So being that my country does not restrict me for not only educating myself but also executing my knowledge, I vote to the best of my ability. Voting is a priveldge and lucky for all genders, our democracy does. It's a civil duty!

2. Politics will, someday, effect your life.

Politics are an essential part of daily life believe it or not. They are the reasons why roads sometimes aren't paved, or why gas prices are too high. (Can I get an amen?) Politics are the reasons why student loan interest rates are skyrocketing, and why monthly payments get high. The government and its politics control everything, and most of it has to do with you. And you should have a say in what happens to you, because you only live one life and you should use it to make the best decision possible! Not only you but for the others around you!

3. Because I am a "Millennial" who cares!

And no, I don't use that word lightly. Although Millennial's are a more powerful political force than Baby Boomers, but we still have the lowest turn out. Which brings me to say that I am a Millennial and I care. Aren't you tired of hearing how we just don't give you flying fadoodles about anything? Because I am. But more important that proving Baby Boomers wrong, is showing our politicians that we care. With all the problems going on in this country, mass injustice, poverty, student loan debt, you name it, we need to let them know that we hear them and want to do something about it.

So, as a millennial who reallllllly cares, I hope I made you care. And if you are interested in doing something that matters and being really cool, you should check and see if your state and or school has a PIRG Chapter, where you can work with other students on issues that matter. They currently hold state chapters in 13 states, with chapters on college campuses.

Find out how to vote in your state!