3 Groups That Need To Reunite

3 Groups That Need To Reunite

It would be huge. 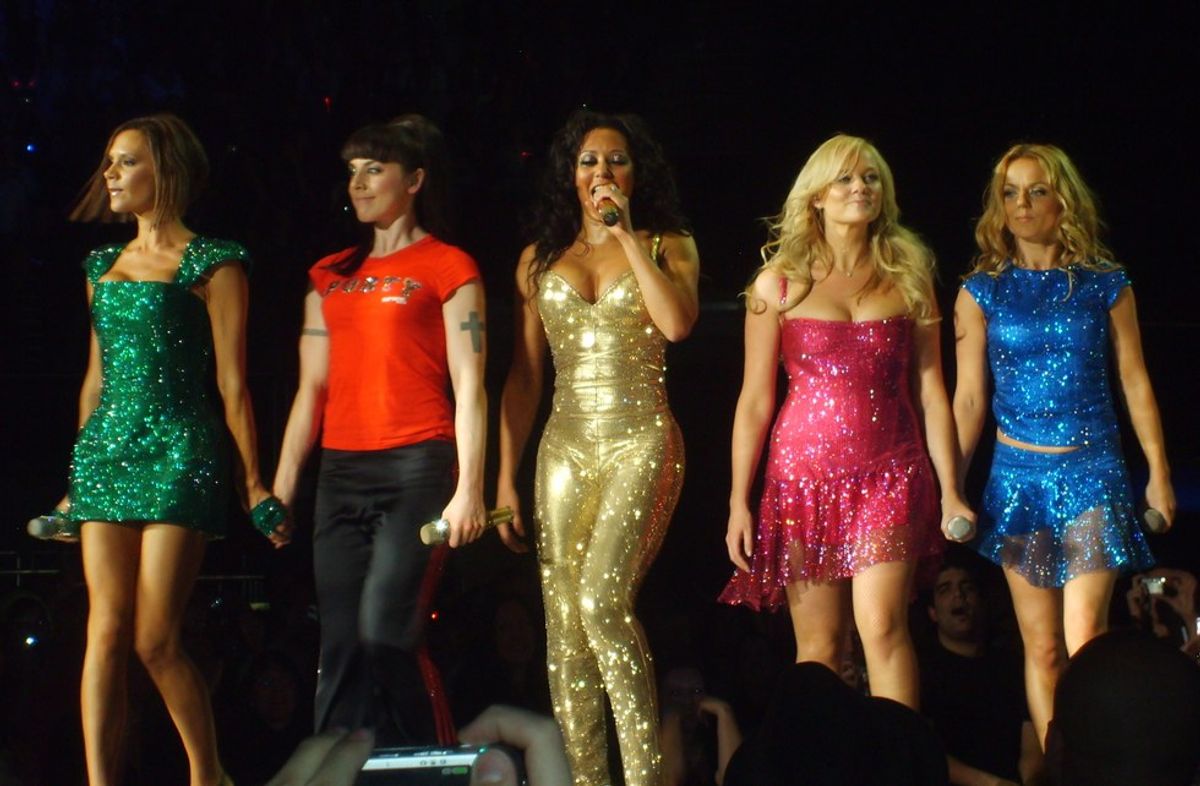 They're legendary, all of the members are still alive, and they've all had a massive impact on the planet and in the music world. If any of these groups got back together, they could easily sell out football stadiums, much like Guns N' Roses did this summer with Slash and Duff McKagan re-joining the band (it was an incredible show, by the way.) They also didn't make an astounding number of albums, but the ones they have continue to be a huge influence in the music world today. Don't you want to see them get back together? Cause I sure do and it would be unreal.

Fifth Harmony ain't got shit compared to these girls. There's not a single band or group that is a guilty pleasure of mine, including the Spice Girls, because I take pride in all of the music I listen to. These girls talked about nothing but love and friendship, which is what many pop stars and groups today don't even bother to talk about anymore (anything degrading towards women and drug-related obviously does, now.) I would love to see the five of them talk about how much pop music has changed and hopefully, bash some big name artists.

In 2012, all five of the Spice Girls re-united at the Summer Olympics in London to for the closing ceremony. The performance was the most talked about topic on Twitter that night, and of course, it led to rumors regarding further performances. Unfortunately, nothing followed after that night about the group staying together.

Oh I almost forgot, "Wannabe" turns 20 years old in November. It's been that long.

2. Rage Against the Machine

With all of the political bullshit that's happening in 2016, it would be awesome to see these four guys get back together and screw with the election. Zack, Tom, Brad, and Tim put together a group that no one had ever seen before, with their music fueled by politics. It sparked a revolution against the American government and even led to a few on-stage protests. Most notably in 1993 at the annual Lollapalooza festival, all of the members came out with "PMRC" written across their bodies and stood on-stage for 10 whole minutes, didn't play a single song, while completely nude in protest against the newly-formed Parents Music Resource Center.

Earlier this year, a supergroup called Prophets of Rage was formed and Tom told Rolling Stone: "We're an elite task force of revolutionary musicians determined to confront this mountain of election year bullshit, and confront it head-on with Marshall stacks blazing." The supergroup features all of Rage's members but there's only one problem though, no Zack. Instead Chuck-D and B-Real got the call to sing and added DJ Lord to solidify the group. The group did release an EP not too long ago titled, The Party's Over, and they're literally on tour right now. Looks like we'll just have to wait and see when the supergroup stops touring and if Zack wants to get back together with everyone again.

"Being in this band for the past 12 years has been a true blessing. We've gotten to go places we never knew we would. We've been able to see and experience things we never imagined possible. We've shared the stage with people we admire, people we look up to, and best of all, our friends. And now, like all great things, it has come time for it to end. Thanks for all of your support, and for being part of the adventure." - My Chemical Romance

Coincidentally, I'm listening to them right now as I type this, but what you just read was an official statement regarding their breakup in March of 2013. In my opinion, this isn't a good reason to split as a band. The statement itself sounds more optimistic and confusing rather than career-ending. If something is going very well for you, wouldn't you want to continue on instead of ending it?

Actually, this year in July, the band posted a 30-second video that said nothing except for "9/23/16" and had "Welcome to the Black Parade" playing in the background. Of course, the entire music world freaked out about it, as did I, but I got a little suspicious as to why they would do something like that. After the video was finished, I immediately searched up their famous album, The Black Parade, made a reasonable prediction, and put two and two together only to find out that it's not what everyone had hoped it would be. Three days later, the band made an official statement on their Facebook page and denied rumors about a reunion, only to find out that MCR was re-releasing The Black Parade on their original release date along with unreleased demos and live recordings on the album.

But, keep three things in mind. First, none of these guys are over 40 years old. They're still young and have a long way to go before they actually retire from life. Second, Gerard and Mikey are brothers. This may sound stupid at first but think long and hard about it and it'll make more sense as you process the family vibe that those two entitle. The last thing I'm curious about is their contract with their record label, Reprise Records. Did they complete it? Or are they still legally entitled to release more music?