After 7 years of prescribing Duragesic and Percocet, my doctor discharged me without notice.... 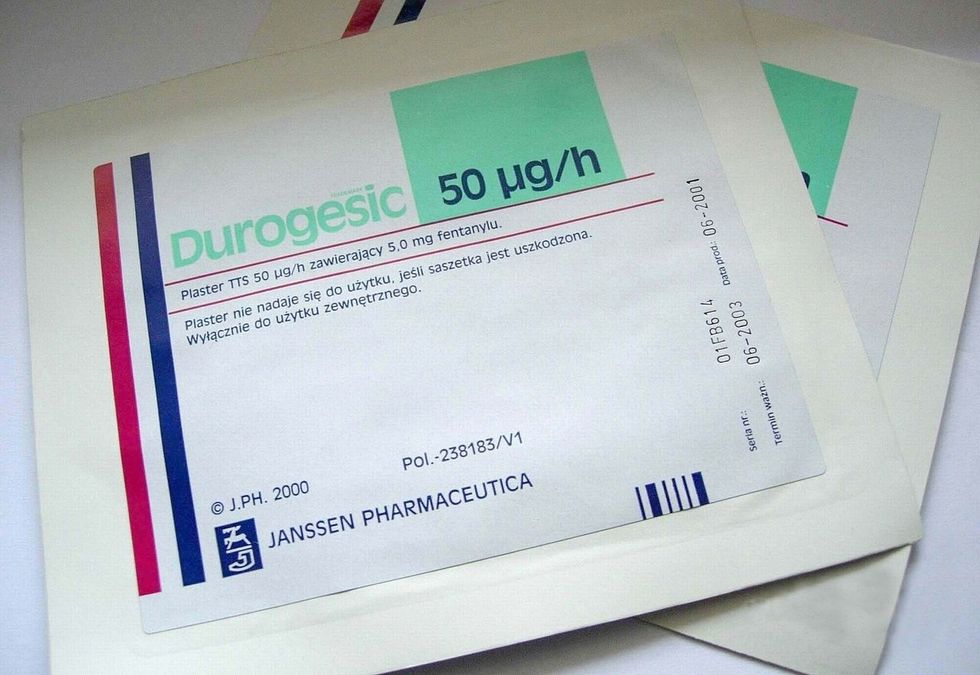 My toes dug into the well-padded forest green carpet that extended the length of the bathroom as I reached with shaking hands towards the towel rack to pull my purple bath sheet down to cover my nakedness.

My legs spasmed out. I pulled them tight into myself in a fetal position trying without success to control the jerking.

The next spasm nearly kneed me in my naked chest. My undergarments had been discarded at the base of the toilet when my stomach began to spasm uncontrollably.

I was one colossal spasm. I cried.

I prayed for it to stop.

Pain previously unimaginable seemed to take over my body. Struggling to contain my shivering, I closed my eyes and prayed once again that the pain in my lower abdomen would stop. Once the spasms slowed, I crawled the short distance from the master bathroom of the single-wide trailer into my bed where I continued to shiver and shake.

It was August 2009. I was experiencing the results of physical dependence on an opioid medication that had become unavailable to me after my physician discharged me without notice. I was experiencing what I had feared for more than seven years: I was in withdrawal.

Seven years before, in late autumn 2002, I visited my family doctor for continuing pelvic pain six months after my third bladder surgery. My urologist had discharged me with a mysterious malady by the name of "interstitial cystitis" as a diagnosis, but no one seemed to know exactly what it was.

My family doctor had been prescribing a large number of generic Vicodin every month in an attempt to control my continuing pelvic pain. They didn't help my IBS. My irritable bowel didn't make my bladder happy either. The sleep that the combination of opioids, antidepressants, anti-anxiety medication brought was fitful and I was waking several times a night not only to use the bathroom (another symptom of interstitial cystitis) but also to take pain medication.

After months of very little sleep, I went to see my doctor. She suggested a pain medication I wouldn't have to consciously take continually. My family doctor assured me of minimal side-effects. I had no idea; then my body was beginning a seven-year dependence on the most powerful opioid prescribed. That medication was Duragesic, a brand name of fentanyl.

I wanted relief from pain, but even with the patch I changed every three days it was necessary to take Vicodin as a "breakthrough pain" medication. Breakthrough pain means that extreme discomfort that is felt even when using a medication for a chronic or somewhat 'stable' level of pain. When Vicodin damaged my inner ears, I was changed to Percocet.

With each increase in dosage, I became more frustrated and more irritable. My mood changes necessitated the addition of antidepressants. Then anti-anxiety medications and additional antidepressants were prescribed to assist with sleep. In 2008, when my daughter graduated from high school, I was taking 19 different prescribed pills and one patch every day. Most of the pills were for the side-effects of the patches or other pills.

Most of my life I had wanted to be a doctor. When I was a child, I wanted to be a James Herriott. When I became a mom at 17, then again at 19, I settled on the one medical job I could train for without a waiting list at my local community college: Medical Assistant. Medical research became a hobby when chronic illnesses hit my oldest son and husband. I respected the medical field; I was comfortable there. I had worked in both of the local hospitals and for a local doctor before life circumstances necessitated me retraining in the computer programming field.

I worked for the State of Washington as a programmer for seven years before the pain in my lower abdomen became the focus of my existence. My life had been reduced to living in my bed and in the bathroom. I stared at a television playing reruns of shows I used to enjoy, now checked out by the season from the library. A sad nostalgia I shared with the shows. I prayed daily for it to end. Then a friend asked me if I had ever tried 'pot' for my pain.

I responded I didn't believe in medical marijuana. "They're just using it as an excuse to get high. Not that I don't think cancer patients should get high as much as they want." I joked, not having a clue how misinformed I was.

My friend frankly pointed out I had already lost what I had previously thought of as a life. I had become disabled from the brain changes the fentanyl caused. I was angry all the time. I yelled at my teenagers and husband in my frustration as my teenage son took over dinner preparation. I lived in bed. I had no more life left.