After 7 years on Fentanyl and Percocet, my doctor discharged me without notice... 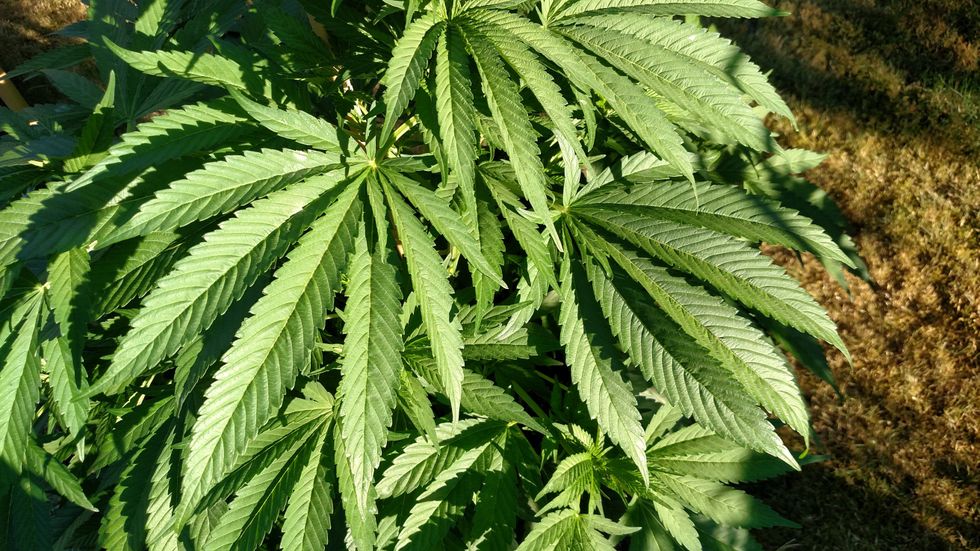 In the summer of 2007, I sat on the table in the exam room in my urologist's office. The paper was crinkling under the gown that covered my butt as I looked in a daze across a small blue clinic room at my doctor. I listened as she informed me I wasn't a good candidate for a pain management program. Then she went on to say she didn't feel I would ever be able to manage my pain without morphine-level pain relievers. Since I was allergic to morphine, the fentanyl patches were her preference over the long-acting oxycontin pills also available.

Her words took a few months to sink in. At my next visit with her, I requested a copy of my records be sent to a clinic that specialized in medical cannabis. I was nervous and averted my eyes to the powder blue wall when I asked.

When she answered I looked back at her in shock, "I don't think it would do any harm." My urologist did not feel the side-effects of cannabis would be any worse than those of the medications I was already using.

In 2008, after my last bird flew the nest and she was safely situated in a dorm room at her university, I became a legal medical marijuana patient. I had found that a few puffs off of a pipe filled with the pungent herb called cannabis were more helpful for more than just nausea that caused me to try it. It helped my pain level more than any of the pills I had been given. I was not alone.

In the second edition of his book, Cannabis Pharmacy: The Practical Guide to Medical Marijuana, Michael Backes explains, "Cannabinoids can relieve pain through a variety of mechanisms, including producing analgesic and anti-inflammatory effects, through the modulation of neurotransmitter release, and by stimulating the release of the body's own natural opioids." Using cannabis, my body was helping to relieve the pain itself.

For the first years I used cannabis, I smoked it. I was shocked at the amount of pain relief I felt as well as the feeling of well-being. There were times when I did feel the euphoria everyone seems so scared of, but it wasn't like the angry, mean, high I had from the narcotics when I started them. Just like the opiates, as my body became accustomed to the cannabis, the euphoria left. What stayed was decreased inflammation and increased analgesic properties as well as a change in my moods for the better.

One year after I became a medical cannabis patient, in August of 2009, my pain was manageable with the prescribed medications and the herbal addition. As Backes describes in Cannabis Pharmacy, "THC was found to both displace opioids from the receptor to which they bind, while also allowing for reductions in the dose of opioids necessary to treat high levels of pain." This could have contributed to my pain being able to stay under control while maintaining the same dose of the fentanyl and Percocet from 2007-2009.

A few days before the withdrawals began, I had driven to my Urologist's office in Tacoma. It was the same route I'd driven between Olympia and Tacoma every month for the previous six years. Every trip reminding me of the legalities of these strong pain medications: They couldn't be called in or mailed. I had to pick them up each and every month. The ironic part was I probably shouldn't have been driving on fentanyl.

I pulled the Town Car into the tiny parking lot next to St. Joseph's hospital nose first, knowing even to back it out when I was leaving would be delicate, but I was tired and wanted to get back home. The heat of late August seemed to sap the energy right out of me, and I slowly shuffled to the elevator and pushed the circular button indicating "2."

As I opened the door, the fountain on the wall made me laugh. How would any office decorator believe it was a good thing to have the sound of running water in an office where people who can't control their urinating? In what world does that make sense? It seemed cruel. I dismissed my mental rantings and proceeded ahead to the desk.

"Hi, I'm here to pick up my prescriptions."

The young blonde receptionist who I was used to greeting me with polite smiles and friendly words looked towards me in disbelief. She turned from her seat at the front portion of the wrap-around desk, leaned into me and spoke in quiet words, "You didn't get the letter?"