25 Books Every Woman Should Read
Odyssey

25 Empowering Books Every Woman Should Read At Least Once

Every woman should experience these literary works of art. 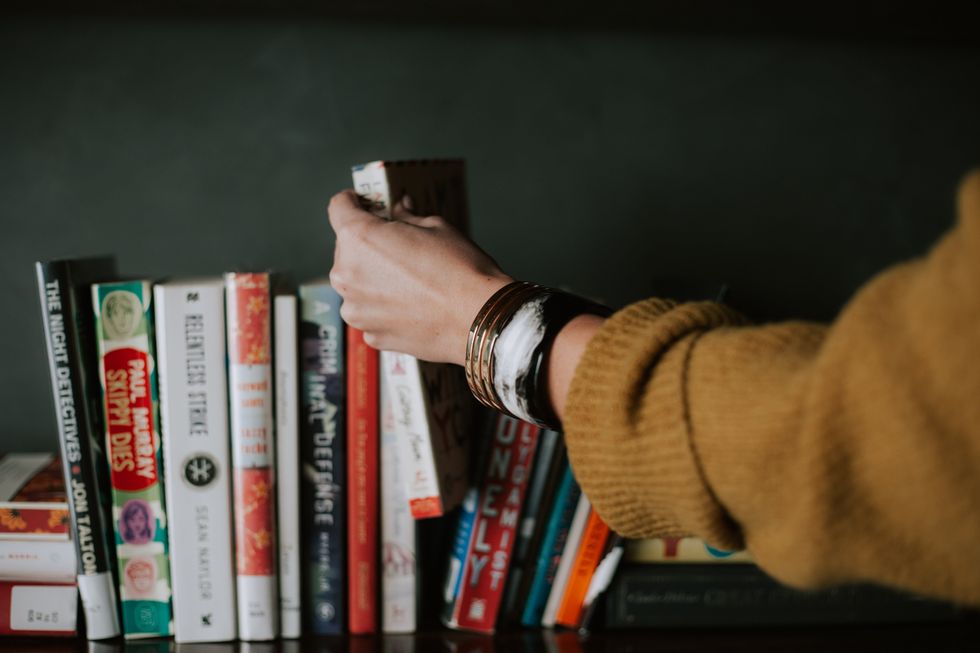 Not everyone has the same taste in...well, anything! Not everyone likes the same movies or music or books. But there are some things that are collectively considered to be masterpieces. These are just some of the books that every woman should read at least once in life.

"Edna Pontellier feels stifled in her marriage to Leonce. She experiences a sexual awakening when she meets Robert Lebrun while vacationing on Grand Isle. This leads to an affair that makes Edna question whether she wants to be married."

"In Amy Poehler's highly anticipated first book, Yes Please, she offers up a big juicy stew of personal stories, funny bits on sex and love and friendship and parenthood and real life advice (some useful, some not so much), like when to be funny and when to be serious. Powered by Amy's charming and hilarious, biting yet wise voice, Yes Please is a book full of words to live by."

I Know Why The Caged Bird Sings — Maya Angelou

"In I Know Why the Caged Bird Sings, Maya Angelou describes her coming of age as a precocious but insecure black girl in the American South during the 1930s and subsequently in California during the 1940s."

"n the late 1960s, the author spent nearly two years on the ward for teenage girls at McLean Hospital, a renowned psychiatric facility. Her memoir encompasses horror and razor-edged perceptions, while providing vivid portraits of her fellow patients and their keepers."

"The Handmaid's Tale, a best-selling book first published in 1985, was marketed as a sci-fi horror story. After all, it takes place in a scary vision of a dystopian future, kind of like Brave New World, 1984, or even The Hunger Games. In this future, nearly all the women have become infertile, so the few who can still have babies have been rounded up, brainwashed, and assigned to powerful men in a twisted attempt to restore the human race."

"The shocking thing about the girls was how nearly normal they seemed when their mother let them out for the one and only date of their lives. Twenty years on, their enigmatic personalities are embalmed in the memories of the boys who worshipped them and who now recall their shared adolescence: the brassiere draped over a crucifix belonging to the promiscuous Lux; the sisters' breathtaking appearance on the night of the dance; and the sultry, sleepy street across which they watched a family disintegrate and fragile lives disappear."

We Should All Be Feminists — Chimamanda Ngozi Adichie

"In this personal, eloquently-argued essay--adapted from her much-admired TEDx talk of the same name--Chimamanda Ngozi Adichie, award-winning author of Americanah, offers readers a unique definition of feminism for the twenty-first century, one rooted in inclusion and awareness. Drawing extensively on her own experiences and her deep understanding of the often masked realities of sexual politics, here is one remarkable author's exploration of what it means to be a woman now--and an of-the-moment rallying cry for why we should all be feminists."

"Emma Woodhouse, a wealthy, pretty, self-satisfied young woman who indulges herself with meddlesome and unsuccessful attempts at matchmaking among her friends and neighbours. After a series of humiliating errors, a chastened Emma finds her destiny in marriage to the mature and protective George Knightley, a neighbouring squire who had been her mentor and friend."

"heir Eyes Were Watching God follows the life of Janie Crawford, a girl of mixed black and white heritage, around the turn of the century...which was not an easy time to be of mixed race. As an adolescent, Janie sees a bee pollinating a flower in her backyard pear tree and becomes obsessed with finding true love."

"Orphaned as a child, Jane has felt an outcast her whole young life. Her courage is tested once again when she arrives at Thornfield Hall, where she has been hired by the brooding, proud Edward Rochester to care for his ward Adèle. Jane finds herself drawn to his troubled yet kind spirit. She falls in love. Hard. But there is a terrifying secret inside the gloomy, forbidding Thornfield Hall. Is Rochester hiding from Jane? Will Jane be left heartbroken and exiled once again?"

"Margaret Drabble's affecting novel, set in London during the 1960s, about a casual love affair, an unplanned pregnancy, and one young woman's decision to become a mother."

"Alice Walker's The Color Purple weaves an intricate mosaic of women joined by their love for each other, the men who abuse them, and the children they care for."

" A man and a woman were beheaded for a murder committed on a remote farm. There being no prisons in Iceland, the condemned woman had been held for the winter before her execution at a farm where she'd lived as a young girl, guarded by the farmer's wife and daughters. Burial Rites tells the story of that winter."

"This is a breath-taking and visceral narrative, interweaving the real-life experiences of the heroines combating gross inequality. It is an examination of how women are treated across the globe: from the pay gap in the UK and the laundries in Ireland, to gender discrimination in Saudi Arabia and female genital mutilation in Africa."

A Room Of One's Own — Virginia Woolf

"Set at Oxbridge (a veiled Oxford University) and at sites in London, A Room of One's Own critically examines the intersection of women, writing, fiction, and gender."

"A classic work of feminist scholarship, Ain't I a Woman has become a must-read for all those interested in the nature of black womanhood. Examining the impact of sexism on black women during slavery, the devaluation of black womanhood, black male sexism, racism among feminists, and the black woman's involvement with feminism, hooks attempts to move us beyond racist and sexist assumptions. The result is nothing short of groundbreaking, giving this book a critical place on every feminist scholar's bookshelf."

"he Unfinished Revolution tells the story of the global struggle to secure basic rights for women and girls, including in the Middle East where the Arab Spring raised high hopes, but the political revolutions are so far insufficient to guarantee progress."

I Am Malala — Malala Yousafzai

"I AM MALALA is the remarkable tale of a family uprooted by global terrorism, of the fight for girls' education, of a father who, himself a school owner, championed and encouraged his daughter to write and attend school, and of brave parents who have a fierce love for their daughter in a society that prizes sons."

"In her comic, scathing essay "Men Explain Things to Me," Rebecca Solnit took on what often goes wrong in conversations between men and women. She wrote about men who wrongly assume they know things and wrongly assume women don't, about why this arises, and how this aspect of the gender wars works, airing some of her own hilariously awful encounters."

"With wry wit and hard-earned wisdom, popular online personality and founder of TheChicSite.com founder Rachel Hollis helps readers break free from the lies keeping them from the joy-filled and exuberant life they are meant to have."

"A groundbreaking biography that places an obsessive, unrequited love at the heart of the writer's life story, transforming her from the tragic figure we have previously known into a smoldering Jane Eyre."

"Landmark, groundbreaking, classic―these adjectives barely do justice to the pioneering vision and lasting impact of The Feminine Mystique. Published in 1963, it gave a pitch-perfect description of "the problem that has no name": the insidious beliefs and institutions that undermined women's confidence in their intellectual capabilities and kept them in the home."

"In this landmark study, sociologist Arlie Hochschild takes us into the homes of two-career parents to observe what really goes on at the end of the work day. Overwhelmingly, she discovers, it's the working mother who takes on the second shift."

"At last, Tina Fey's story can be told. From her youthful days as a vicious nerd to her tour of duty on Saturday Night Live; from her passionately halfhearted pursuit of physical beauty to her life as a mother eating things off the floor; from her one-sided college romance to her nearly fatal honeymoon—from the beginning of this paragraph to this final sentence."

"The bestselling classic that redefined our view of the relationship between beauty and female identity. In today's world, women have more power, legal recognition, and professional success than ever before. Alongside the evident progress of the women's movement, however, writer and journalist Naomi Wolf is troubled by a different kind of social control, which, she argues, may prove just as restrictive as the traditional image of homemaker and wife. It's the beauty myth, an obsession with physical perfection that traps the modern woman in an endless spiral of hope, self-consciousness, and self-hatred as she tries to fulfill society's impossible definition of 'the flawless beauty.'"