24-Year-Old Erin Schrode Running For Congress
Odyssey
CurrentlySwoonLifestyleHealth & WellnessStudent LifeContent InspirationEntertainmentPolitics and ActivismSportsAdulting
About usAdvertiseTermsPrivacyDMCAContact us
® 2023 ODYSSEY
Welcome back
Sign in to comment to your favorite stories, participate in your community and interact with your friends
or
LOG IN WITH FACEBOOK
No account? Create one
Start writing a post
Politics and Activism

"I'm an environmentalist. I'm an activist. I'm a woman. And those identities cannot be stripped away from me." 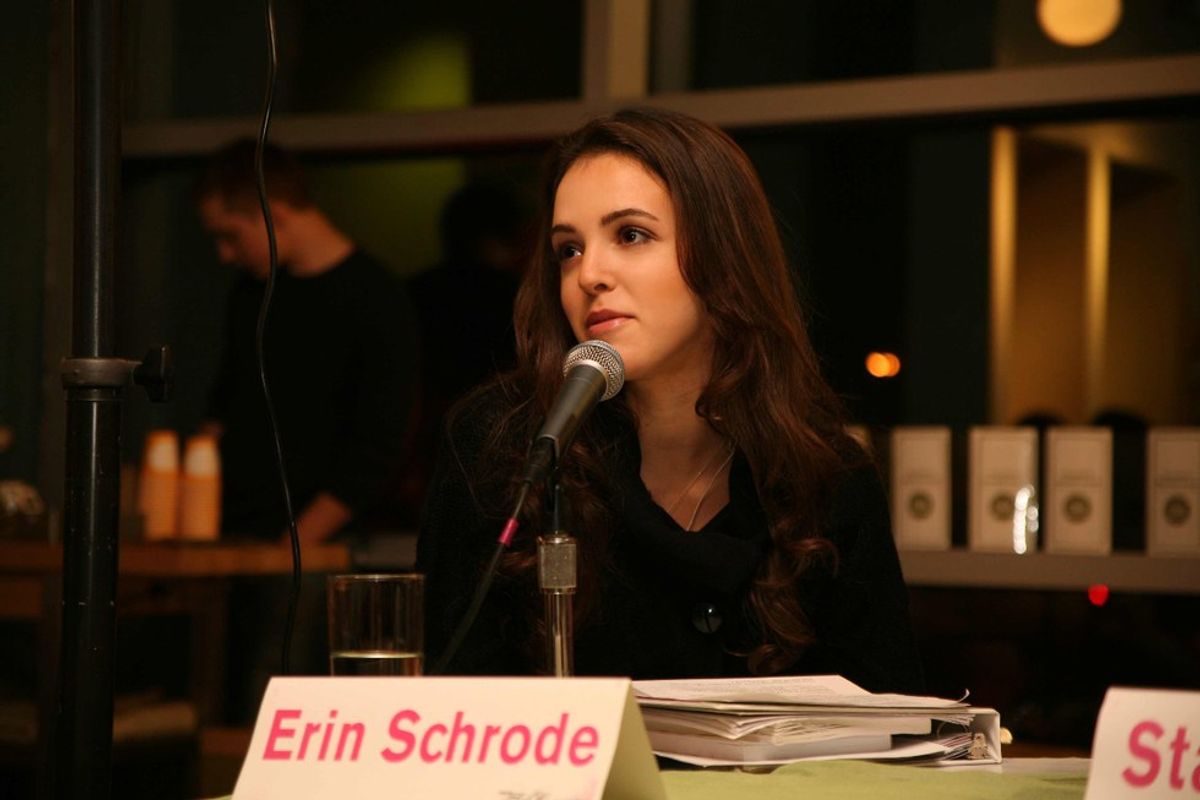 At 24 years old, most adults are still in school, finding a job, or even settling down. Most have graduated from their undergrad years just less than five years ago. But how many 24 year olds can say that they are running for Congress?

On April 1, 2016, 24 year old Erin Schrode officially announced that she will be running for Congress in California's District 2 as a democrat, specifically her hometown Marin County. Schrode advocates for environmental action, social justice, and public health. Co-founder of Turning Green, a nonprofit organization that aims to educate and promote for environmental sustainability, Schrode was recognized for her outstanding work as a creator of successful social platforms that motivates and educates people to take action. Unlike other young adults in their 20s, Schrode has had a prominent voice for over a decade on progressive issues.

Schrode will be running against two other candidates, who are middle-aged men that have large background on legal and state legislature experience. As stated in her Youtube video "Erin Schrode for Congress", there are a million of reasons why she should not run. However, she is doing it anyways and if she wins, she will be the first woman under the age of 30 to be elected. Her platform includes environmental health, the future of education and work, and human rights (she believes that human rights are women's rights). Schrode is a strong believer for paid leave, reproductive health care, and equal pay.

America has categorized politicians as a whole different species that live on this earth and Schrode wants to break it. Throughout her campaign, Schrode wants to expand on the definition of politician: expanding on who has the ability to run. Her inspirational campaign and slogan "Erin For Us" shows that she believes it is time to have a representative for her own generation and it's been acknowledge all over the country.

Schrode is inspiring many women and acknowledging that it is never impossible to break the barriers that hold them back. Without letting the social norm of being too young for Congress, Schrode is taking the nation by storm.