22 Times "Great Pumpkin" Got It Right

22 Times "Great Pumpkin" Got It Right

"There are three things that I've learned never discuss with people: religion, politics, and the Great Pumpkin." 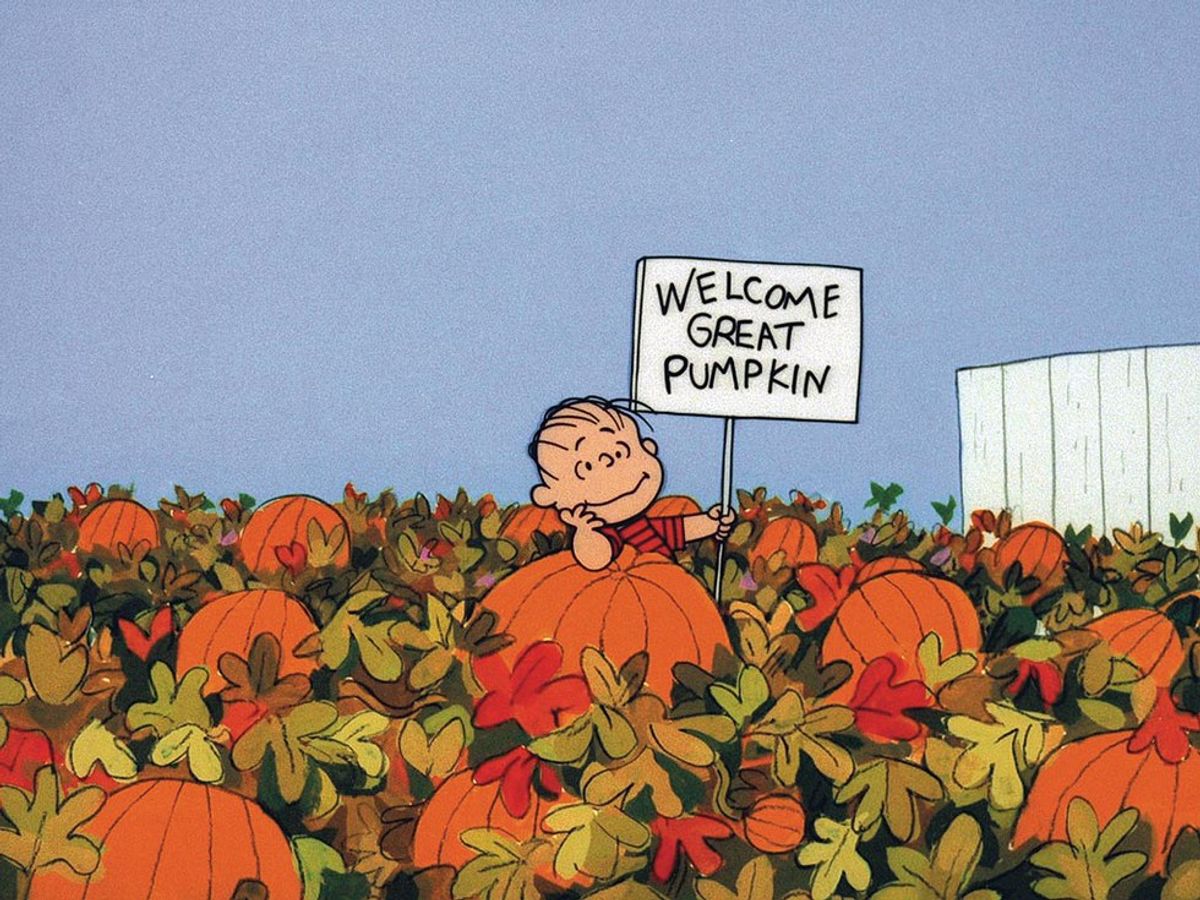 In honor of my favorite Halloween TV special's 50th anniversary, I thought I'd make a list of all the reasons why "It's the Great Pumpkin, Charlie Brown" is still as relevant and heartwarming now as it was in 1966.

...and forcing Linus to keep trying because she will settle for nothing less than the absolute best.

She didn't tell him she was gonna kill it!

3. When the gang taught us about the joys of nature

Just never jump into a pile of leaves with a wet sucker.

...even when Lucy has other ideas. ("Funny thing about this document, it was never notarized!")

Even despite the naysayers, he faithfully writes a letter to the magical, flying pumpkin every year before Halloween.

"I could never doubt you, Linus. You're so intelligent!"

Who says it's wrong to carry around a security blanket?

"I just got invited to a Halloween party!" (Kinda reminds me of the one Rocky does after he runs up the steps to the Philly Art Museum. Anyone else see it?)

9. Sally getting spooked by her own costume

Those eye slits were just a little too lifelike for comfort.

10. Charlie Brown's struggle with the scissors

We've all been there, right?

11. How everyone just knew which ghost was Pig- Pen

12. Snoopy as the fearless, World War I Flying Ace

Fun fact- the name of the "plane" he flies to take down the Red Baron is the "Sopwith Camel". (True fans of "Great Pumpkin" should know this and since you're reading this article, I'm gonna assume you're one of them.)

13. Sally choosing to stay with Linus

"Nothing but sincerity as far the eye can see."

"I got a rock." (In his defense, who the hell gives out rocks to kids on Halloween?! Sickos, that's who.)

16. Lucy's surprise when bobbing for apples

How a beagle actually got into the tub without anyone noticing, we may never know.

...and then dismay when Schroeder started to play a sad tempo.

19. Sally's reaction when she discovers it was Snoopy

"You owe me restitution!"

Even if she does think that he's a blockhead.

22. Linus and Charlie Brown's heart to heart as the credits roll

"STUPID? What do you mean stupid?!"