21 Questions You Constantly Get If You're From The Bronx

21 Questions You Constantly Get If You're From The Bronx

Ever wonder what it's like to live in the Bronx? If so you've probably asked a local some of these questions! 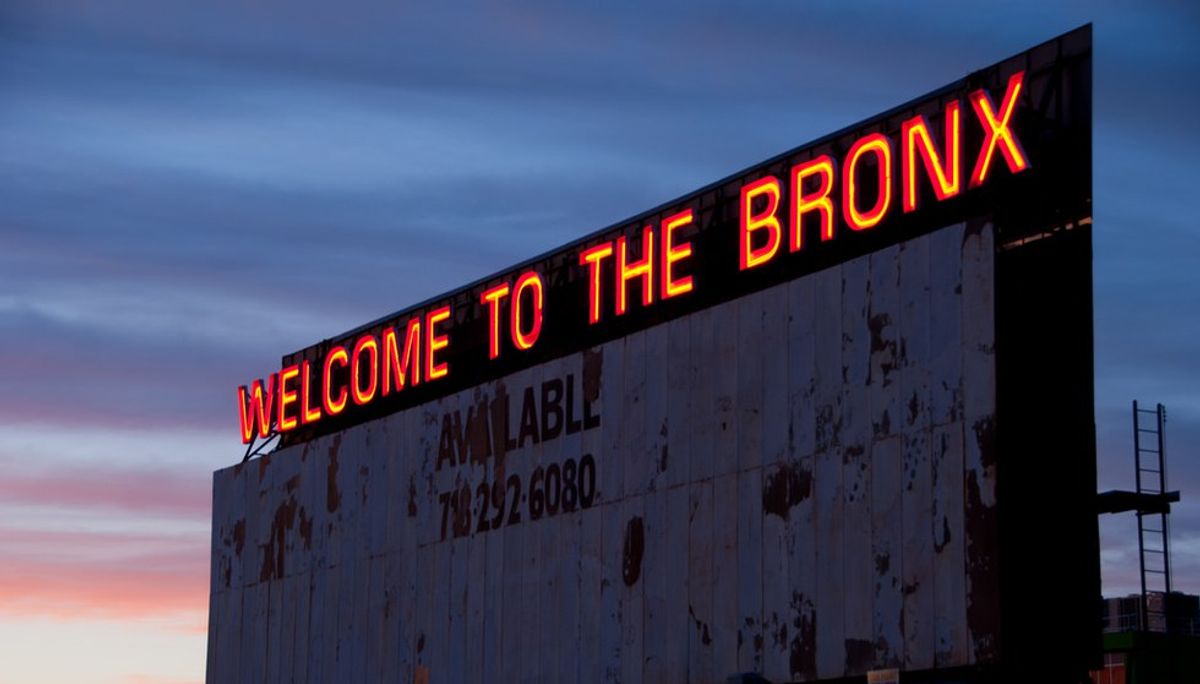 If word gets out that you're from the Bronx, be prepared for questions that come off as simultaneously offensive and somewhat true.

2. "Can you even walk around your neighborhood?"

It's a city, not the woods in Red Dead Redemption (depending on where you are).

The boroughs ARE IN THE CITY. So, YES!

4. "Do you take the subway everywhere?"

Either the subway, or the bus, or the Metro North, or a Seaman's cab (city cabs are pricey as hell), or I DRIVE.

6. "Are you the only white person in your neighborhood?"

Not by a long shot, can't say we're the majority, though.

The more important question is how many have I won, which is like 1/2,

Only the bad words.

I was in kindergarten, miles and miles away. My parents had to come get me from school and there were police officers on the roof of my building who came down the stairwells making sure everyone was calm. I only remember it vaguely, but I know many people who were directly impacted.

Who's asking? What's your point?

12. "Do you know everything about gangs?"

Gangland is on the History Channel, blue and red should be worn carefully, and that's about all I know.

Is that not normal? They're good to fall asleep to, like crickets.

14. "Have you ever even been to the countryside?"

Eh what's fresh air and oak trees when you can play manhunt for a few hours?

There are good cabs and bad cabs, it's like flipping a coin. Some can get you from the Village back to 235th in a half hour and some take the East Side highway because going over 40mph upsets their stomachs.

More like Rangers, the blue shirts are finally good again this season!

17. "How many times have you seen Billy Joel at the Garden this year?"

Unfortunately zero, but I feel bad for the Long Island piano man having to deal with the same mid-50's crowd once a month...every month...probably forever.

Never ever ever. Especially not on Wednesdays (when it's free admission).

Who needs street food when a bacon, egg and cheese with a can of Arizona is $4?

I live NEAR the projects get it straight.

Imagine Costco but squeezed into a shoebox and with a fat cat. Voila.

Hopefully now you can prepare yourself when you inevitably get these questions as I do whenever I'm in a new place.