21 Obama/Biden Memes To Ring In The New Year
Odyssey

21 Obama/Biden Memes To Ring In The New Year 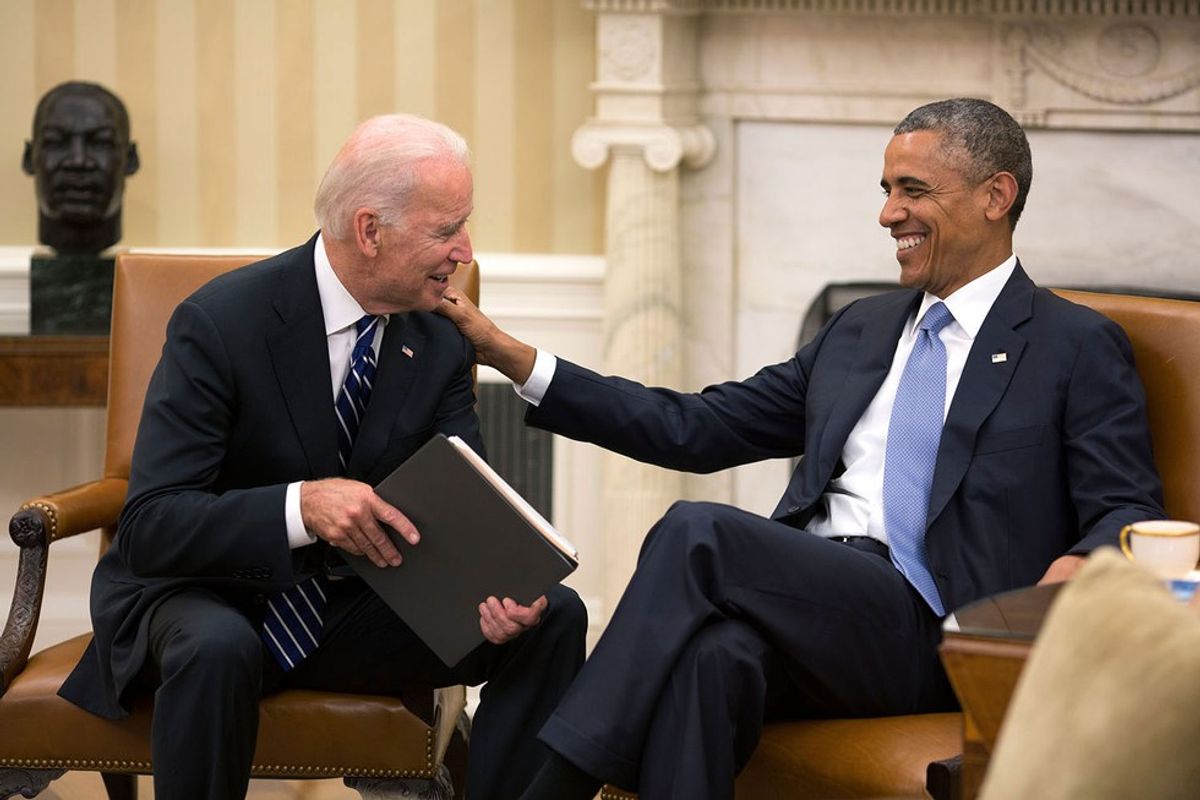 As the the time of Obama/Biden draws to a close, we have to reflect on all the hilarious memes that have been given to us.

Biden: what if I just played it from my phone real quick
Hillary: We're not playing The Imperial March when he gets here, Joe pic.twitter.com/7l2RIJ8gru
— Barack & Joe (@bidenandobama) November 13, 2016

[month into administration]
O: Joe I don't think a 25 day anniversary is a thing
B: AND IIIIII WILL ALWAYS LOVVVV--
O: pic.twitter.com/APADBeTSLd
— Barack & Joe (@bidenandobama) November 22, 2016]

"I know Joe called and ordered 500 pizzas to be delivered on January 21st, but I need you to cancel that order." pic.twitter.com/UQc7GoDSIn
— Josh Billinson (@jbillinson) November 11, 2016

Biden: can i put whoopee cushions under all the chairs before he gets here
Obama: joe im on the phone
Biden:*muttering* u didnt say not to pic.twitter.com/qfjh3ffkPE
— rudy mustang (@roostermustache) November 11, 2016

Barack: Who'd you vote for?

Joe: I wrote in Harambe pic.twitter.com/lOIegUBBzq

[Writing the State Of The Union]
OBAMA: So I'll say the state of the union is...
BIDEN: On fleek. Say it's on fleek. pic.twitter.com/5LLGvuRTha
— Jamie Woodham (@jwoodham) January 21, 2015