A recap of the NBA trades 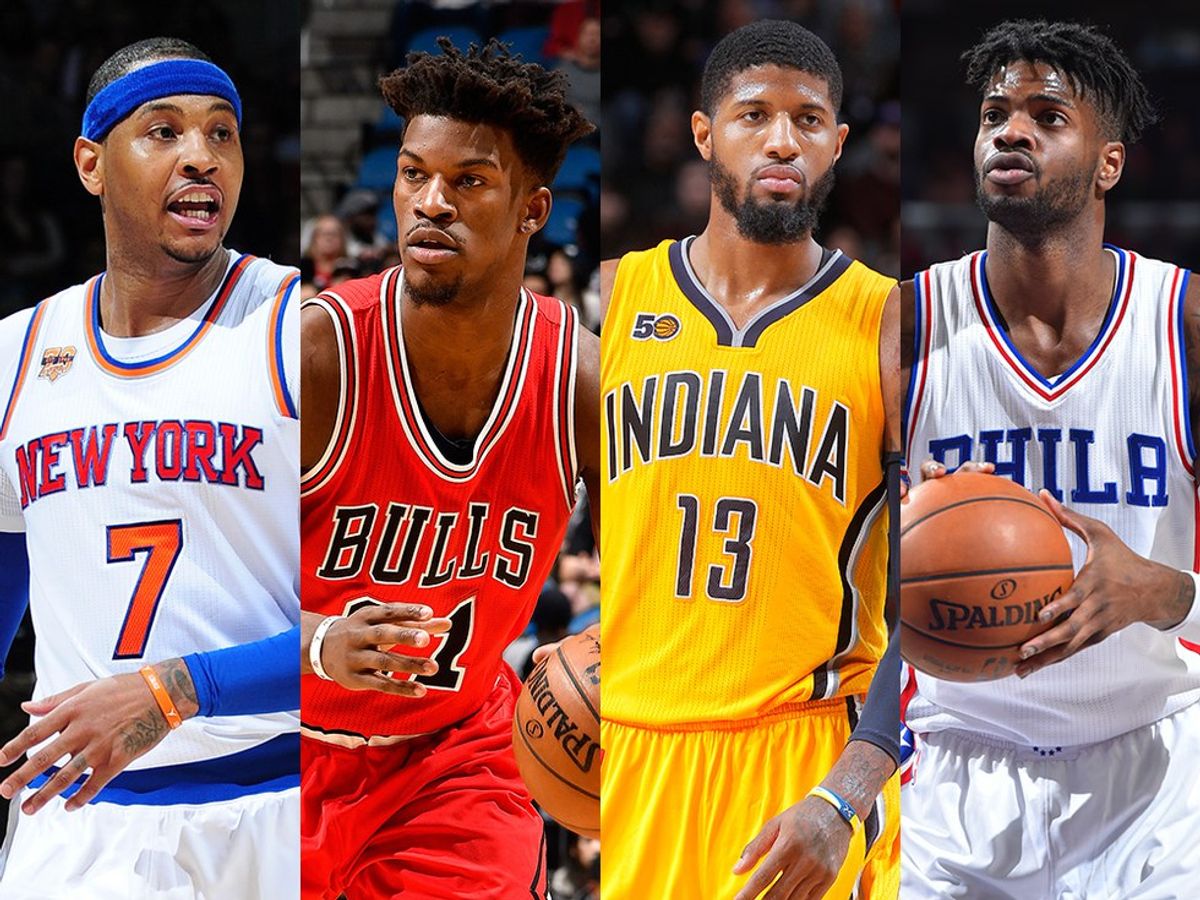 NBA All-Star weekend is over and 2017 NBA trade deadline has began. The trade deadline was Feb. 23rd at 3 p.m. and has ended with some big and shocking trades. With trade rumors in the air, some players stayed like Paul George (for now at least), while others were traded like DeMarcus Cousins. In addition, not only did teams trade and receive players, they have also received first and second round picks.

The New Orleans Pelicans received Sacramento Kings' DeMarcus Cousins and Omri Casspi and traded Buddy Hield, Tyreke Evans and Langston Galloway. With the trade, the Pelicans have received a 2017 first-round and second-round pick.

The Houston Rockets received Los Angeles Lakers' Lou Williams and traded Corey Brewer. With the trade, the Rockets have received a 2017 first-round pick.

The Dallas Mavericks received Philadelphia 76ers' Nerlens Noel and traded Andrew Bogut and Justin Anderson. With the trade, the Mavericks have received a 2017 first-round pick.

The Atlanta Hawks received Philadephia 76ers' Ersan Ilyasova and traded Tiago Splitter. With the trade, the Hawks have received a 2017 second-round pick and second-pick swap.

Kassie Hsu
Baylor University
2638
Panda Whale
Here are 100 things I'd rather to than study. I know the semester just started, but
Featured