It's Seattle, it's Toronto, and it's the end of the season. Here are five more things 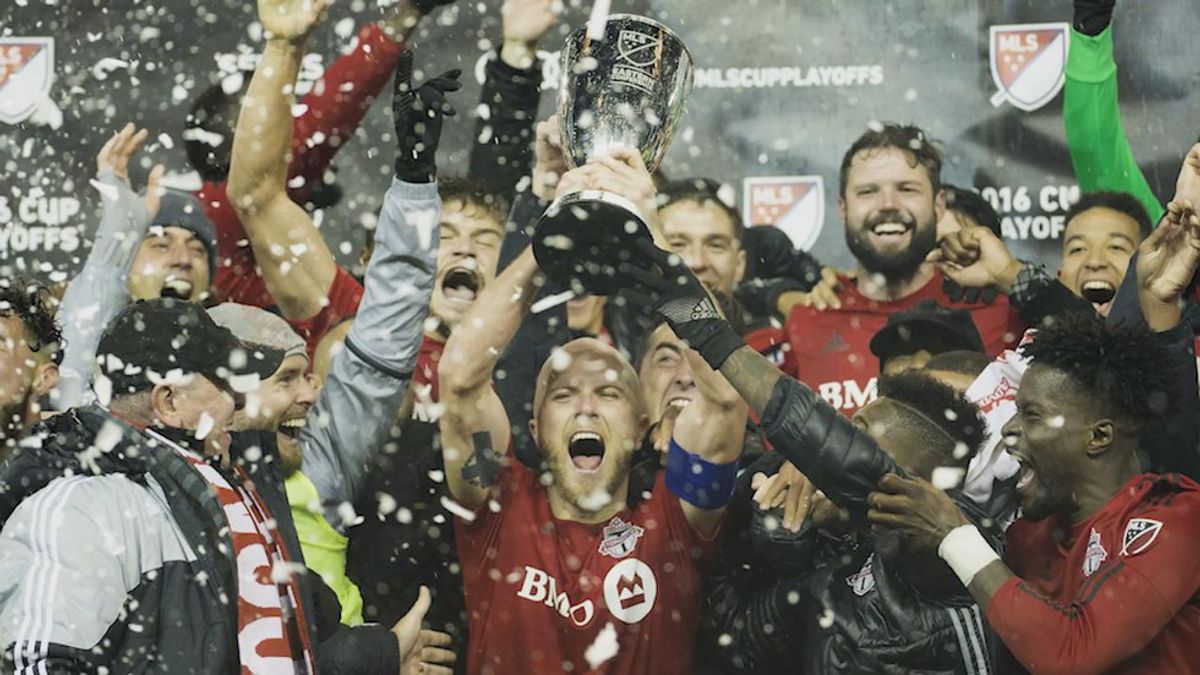 1. Both teams are in the final for the first time

For the first time since 2008’s final between New York and Columbus, the two teams in the MLS Cup final are playing in their first final ever. For the first time in 21 seasons, This might seem surprising. Seattle Sounders FC has never missed the playoffs in eight years of existence, and they won the regular season championship in 2014. Toronto FC has won the Amway Canadian Championship five times in nine years. However, neither team had seen this much postseason success before 2016. Both teams have the chance this Saturday to reach the pinnacle of North America’s top league, and it will be their first time.

2. Both teams had difficult paths to get here

In July, if I was given the task of predicting the matchup in this final, I would have assumed it would take place between F.C. Dallas and the Montreal Impact. Seattle was playing like a team of elementary school kids - they lost 3-0 to Sporting Kansas City and didn’t register a single shot until well after halfway into the match, and gave Dom Dwyer maybe the easiest goal of his career in MLS. They promptly fired their coach, Sigi Schmid, and sprinted through the last two months of the season, securing a home matchup in the playoffs against Sporting, winning this time, and upsetting both FC Dallas and Colorado Rapids en route to Toronto.

In July, the Eastern Conference seemed to be moving away from Toronto FC. For all the offensive ability on the roster, they weren’t poised to win much more than they had the previous year. 2015 MLS MVP Sebastian Giovinco was playing and still doing the incredible things he’s known to do, but they needed their second goal-scorer - Jozy Altidore - and he was out with an injury. When Jozy came back, he played like he never had before in MLS. Where Jozy in 2015 struggled, Jozy in 2016 has been nigh unstoppable. Giovinco missed time in August and September, but once both of Toronto’s main offensive threats were back, and healthy, they were able to run through the MLS Cup Playoffs, dispatching good defensive teams in New York City and Montreal.

Despite the difficulties, both teams are still standing.

3. Stars on both sides

We have 2015 MVP Sebastian Giovinco and the 2016 Playoffs’ leading scorer Jozy Altidore in red. We have Nicolas Lodeiro, MLS Newcomer of the Year, who scored a goal or had an assist in eight straight games during the season and Jordan Morris, MLS Rookie of the Year, one of the US National Team’s most impressive young stars, in rave green. These are some of the league’s best individual players and they’re all playing the best they’ve played all season coming into this match.

4. Canada’s chance at a championship

Outside of the CFL, the last major league game played on Canadian soil for the chance at a championship was game 7 of the 2011 Stanley Cup finals between the Vancouver Canucks and Boston Bruins, which Boston won. A Canadian team has not won a major North American sports championship since 1993, when the Toronto Blue Jays won Major League Baseball’s World Series, and the Montreal Canadiens won the NHL’s Stanley Cup. Toronto FC has a chance to end a 23-year streak this weekend.

For the first time since 2008, the MLS Cup Final will be broadcast on Network television, after seven seasons on ESPN. Soccer fans can watch this cup final on FOX, the same network that broadcast the English FA Cup Final and all of the Copa America Centenario tournament this Summer. FOX’s soccer broadcasting has been excellent all year (depending on how you feel about Alexi Lalas) and it can only help this match and this league to be so visible on American TV. It’s available in Spanish on UniMás and Univision Deportes, and it’s on TSN in Canada.

Along with the visibility, this year’s MLS Cup final is finally not being counter-programmed by Sunday Night Football, instead only going up against the Army-Navy football game and college football’s Heisman Trophy ceremony.

With two soccer-crazed cities, star power on both sides, and an easy way for fans to watch, this Saturday’s MLS Cup Final is one that should not be missed, regardless of if you’re a casual observer or a longtime MLS supporter.