20 Signs You Went to Rollings Middle School of the Arts 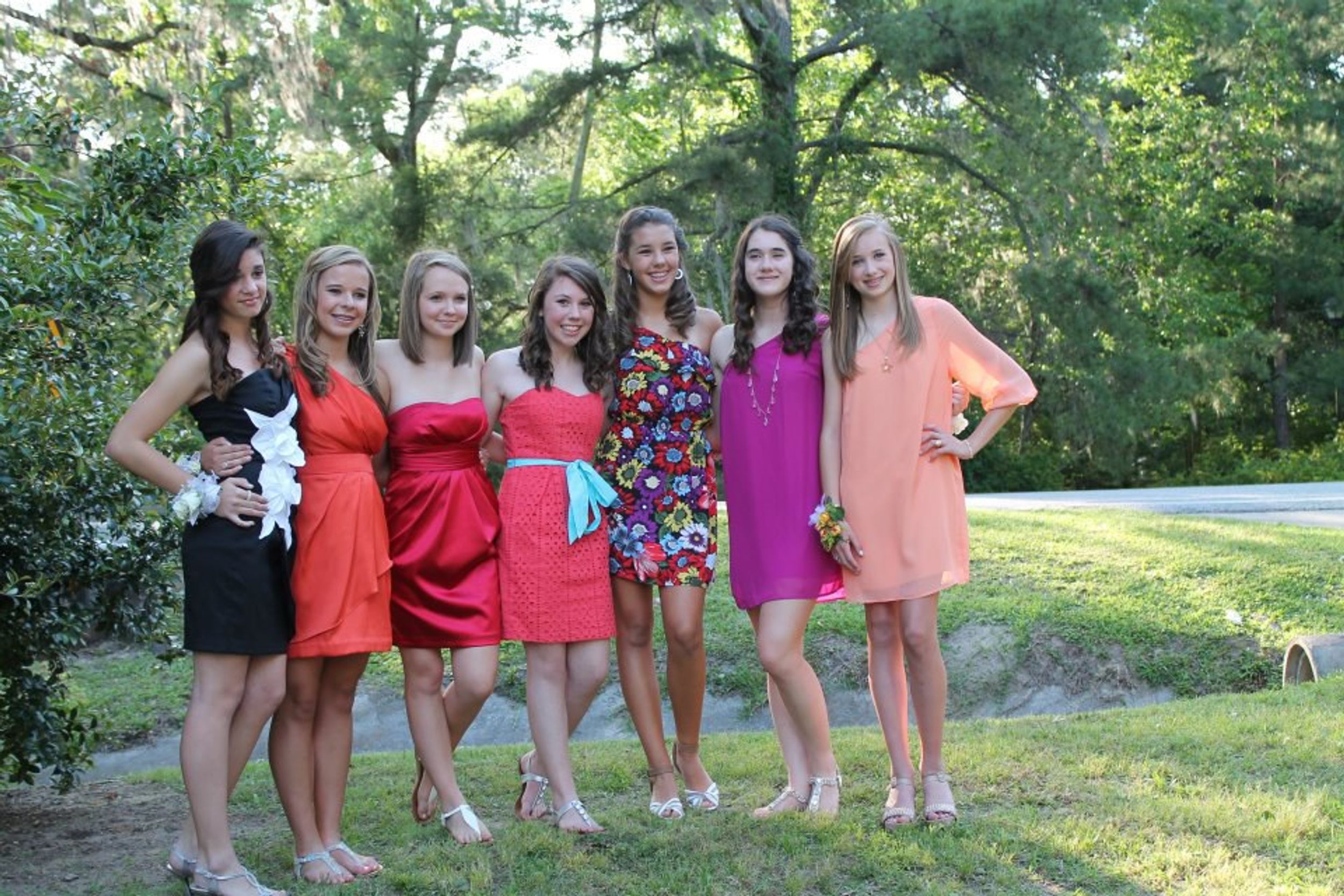 1. You walked to Guerin’s or Perfectly Franks after school every. Single. Friday.

Or half-day. And once you hit eighth grade, you started going to Margarita’s because you were practically an adult.

2. You had a monogrammed LL Bean backpack with matching color-themed Vera Bradley lunchbox.

I BEGGED my mom for this extremely fashionable and COMPLETELY necessary combination. Without it, I was convinced I would be nothing.

3.You remember the noise-monitoring stoplight in the cafeteria.

This was only enforced your sixth grade year but you would watch that thing like a hawk. It always felt like it turned from green to yellow AS SOON as your gossip was heating up (about who was passing notes in Ms. Lemon’s class or who was holding hands during courtyard). Also probably the scariest thing to happen was when it actually turned red. Whole cafeteria went dead silent.

4. You had to run a mile every other Friday in PE with Mr. Pippen on the most half-assed dirt “track”.

You would almost sprain your ankle in a pothole once every time around. There was no light at the end of the tunnel—or shade for that matter—on those hot summer days, just Mr. Pippen handing out those goddamn popsicle sticks to keep track of your laps.

5. The Flowertown Festival was the event of year.

There was pretty much nothing in the world better than walking to across the street on a Friday to eat as many as funnel cakes and cotton candy and ride as many sketchy and extremely unsafe rides as the tickets your mom gave you money for allowed. The only thing that compared was when eighth grade field day lined up with this event perfectly. Best day ever.

6. You remember the practice locker in Mr. Flinner’s classroom.

Every Rollings kids remembers that moment when they realized every other middle schooler had had 3 years of opening lockers and we had absolutely none. There would be lockers in high school. Horrifying.

7. The car-rider line in front of the courtyard.

This was really only a big deal in the morning when everyone was already waiting in the courtyard for class to start. Your friends, and probably (definitely) your crush, would watch you get out of your car and make your grand entrance through those black metal gates. Equivalent to walking in NYE Fashion Week.

I felt the need to capitalize the whole title because this was the thing you really looked forward to since you got your Rollings acceptance letter. It was essentially a middle school prom and was an extremely big deal. If you were lucky you had a date, but even if you didn’t, the whole eighth grade class ended up in Azalea Park to take pictures under the white gazebo. It was like everyone was your date.

This can apply to pretty much your entire life from the ages of 11 or 12 to 15, or whenever you got your restricted (and could drive within daylight hours). Regardless, all Rollings moms knew the drill. Azalea shopping area. More specifically, 9 out of 10 times, Target.

Probably accompanied with a low-pony and/or way too deep side part.

You lived for this shit. 60% because you got out of a bunch of class, and 40% because you were always so surprised at how fun your teachers actually were in real life.

12. Hoping to god you wouldn’t get dress-coded by Mrs. Sauer/Ms. Brown/Mr. Hall.

You just got a DOPE new pair of white American Eagle/Hollister/Aeropostle shorts and you want to whip those puppies out. You better pray to god those fingertips don’t graze your thigh or you’re getting a pair of XXXL Walmart sweatpants from the nurse’s office.

13. You endured the physical trauma of “chinning”.

This horrible yet amazingly fun courtyard game may have skipped a couple of Rollings generations but I swear I still have scars on my tongue. The aim of the game was to find an unsuspecting victim with a slack jaw, and then slap the LIVING SHIT out of their chin in an upward motion so that their tongue was promptly clamped between their braces. You probably bled. Didn’t stop anyone.

Still sends shudders up my spine. If you took English 1 with Ms. Brown in eighth grade then you remember this project, with its laminated essays and bibliographies. You thought it couldn’t get much harder than that. But alas, high school was awaiting.

You stood behind the stadium bleachers the entire time. Probably never even watched the actual game. But that didn’t stop you from having the best night of your life every week. Guerin’s AND high school boys in one night???

16. The metal stairs leading up to Ms. Rodger’s classroom.

Even if you weren’t in the theater core, those stairs were incredibly intimidating. They were probably one of the tallest parts of the whole building. They were a sign of adulthood. You walked up those when you were getting ready to do some real shit.

Ms. Baird had a pretty gnarly setup of theater costumes that you wanted to dive headfirst into, but Mrs. Rodger’s had four black closets full of insane outfits. The only thing that made it even more official was the cover-art of the play that the costumes were meant for that was painted on the front of the doors. Nothing more tempting than popping one of those puppies open.

18. You remember when HANDBELLS was a core.

Still baffled on this one but hey, they played some dope songs and looked super official in white gloves.

Obviously the first thing you did was try to find your name on the back and then show everyone where it was. Second thing you did was wear it with an air of superiority that none of those juvenile sixth or seventh graders could dream of. And if we’re being honest, you probably still have that baby-sized shirt stuffed in a drawer somewhere.

A lot of friend groups were split up after eighth grade because of zoning. You couldn’t wait for high school and dating and lockers (because you finally mastered how to unlock one) and having lunch with the whole student body instead of just your 100-person (at most) grade level. But that didn’t stop your heart from hurting a little the last time you went to Guerin’s. Nothing a little “HAGS” or “KATS” written in your yearbook couldn’t help though.