20 Quotes All Spongebob Fans Should Know 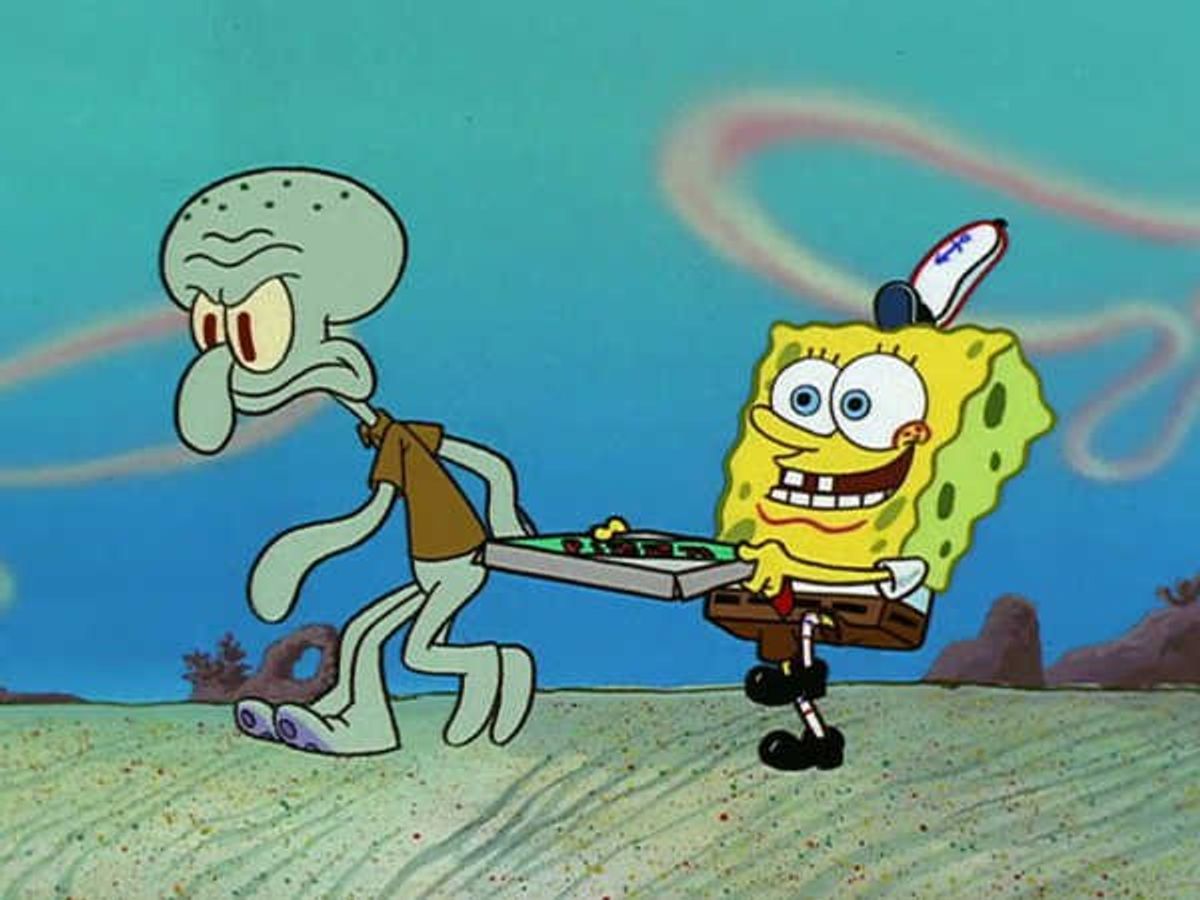 “Spongebob Squarepants” was and is arguably one of the best cartoons to ever air on Nickelodeon. Debuting in 1999, we have all grown up laughing at the stupid things the characters have said, yet we are addicted to the dumbfounding comedy. In 2016, I still binge watch Spongebob and I am not ashamed. I have labeled myself as a Spongebob enthusiast and I hear myself quoting Squidward at least once a day. Here are 20 of some of the best quotes ever said by our friends from Bikini Bottom.

Band Geeks is definitely one of my all-time favorite Spongebob episodes, this is also when they killed it performing at halftime of the Bubble Bowl. (Better than Coldplay, Beyoncè and Bruno Mars at this year’s Super Bowl performance without a doubt)

Patrick: "No Spongebob, you just stink!"


3. *Phone Rings*- Is this the Krusty Krab? Patrick: No this is Patrick!

Patrick attempting to take over Squidward's job as a cashier.

4. Patrick: Once there was an ugly barnacle, he was so ugly that everyone died. The End!

Such an inspiring message Patrick. Spongebob felt so much better after that beautiful story.

You usually hear this after a fire, a car wreck or any type of mass chaos going on in Bikini Bottom.

6. Spongebob: Oh a rock! The pioneers used to ride these babies for miles!

The pizza has to be cold by now. I mean after miles of walking and some type of sand tornado, you know there is no way that pizza is hot.

We always see this fish but never know who he is.

This episode made me crave a Krabby Patty so much, as the real life sandwich is portrayed in this episode

9. Sandy: Don't you have to be stupid somewhere else? Patrick: Not until 4.

Side note: Patrick's wrist watch is drawn on with a crayon

10. Spongebob: Squidward, I used your clarinet to unclog my toilet.

Squidward's most prized possession, the clarinet.

Ravioli, Ravioli give me the formuoli.

12. Patrick: Are you Squidward? (Talking to a fire hydrant) Patrick: No? That’s okay take your time.

Who let Patrick in charge of the compass anyway? At least it led them to the Flying Dutchman's treasure--and Mr. Krabs got a plastic replica.

Another moment where Patrick is a complete simpleton

15. Patrick: We should take Bikini Bottom, and push it somewhere else!

The Krusty Krab is turned into a five-star restaurant as Squidward once again tries to be better than Squilliam Fancyson.

Even Gary was dressed up as Squidward.

19. *Spongebob shaped as Texas* Spongebob: What am I now? Patrick: Uh, Stupid? Spongebob: No! I'm Texas! Patrick: What’s the difference?

20. Spongebob: Hey Patrick, I thought of something funnier than 24. Patrick: Let me hear it. Spongebob: 25!

These two can make anything hysterically funny... even the most basic words, numbers and phrases.

Oh Bikini Bottom, we pledge our hearts to you! As faithful, as deep, as true, as blue! Bikini Bottom we love you!

Nicole Marie Nigro
Individual Creator
8487
c1.staticflickr.com
Where to start...... Let me start with the cliche that life throws us curveballs and what we do with it is what counts.