We are living in an era of revolutionary technology and culture, yet my heart is stuck in the past. I keep questioning if my adoration for the 1980s will ever wane, despite the fact I keep getting the same answer whenever I do. 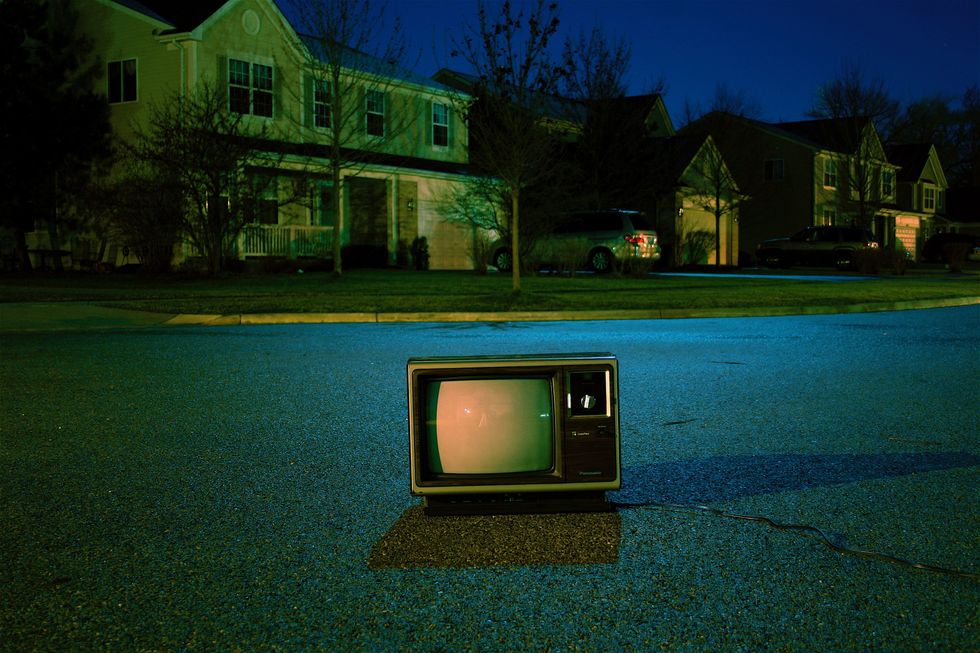 Photo by Frank Okay on Unsplash

For a recent assignment, I was asked to read Joan Didion's 1965 essay John Wayne: A Love Song. Being a huge fan of Didion's work, I had read the essay several times before and had thought it to be celebratory in both tone and content. But, like any scholar or student will tell you, once you start to dissect a piece of literature, new interpretations surface like recently drowned buoys.

The essay focuses on Didion's stark realisation that as a child, movie star John Wayne left an immutable impression on her. In his 1943 film War of the Wildcats, charismatic Wayne tells a female character he will build her a home "at the bend in the river where the cottonwoods grow." Still enchanted and lovestruck as an adult, Didion admits she's dreamt of hearing such words being said to herself for years.

Alas, it's an insatiable desire. None of the men permanently around her are John Wayne. When she ends up having dinner with him at a Mexican restaurant in her later years, Didion even notes how his face is more familiar than her husband's. Wayne's wife Pilar is there and her tone during this recollection is melancholic. Even if Pilar was elsewhere or unmarried to Wayne, Didion realises she fell for a copy all those years ago; a simulacrum in a pre-postmodern society.

Re-visiting the essay really got me reflecting on my own affinities in life. I've always been a dreamer. When I was younger, I'd happily sit by myself in the school playground and create scenarios in my head. The other kids thought I was a bit weird because solitude never bothered me. But it was within such territory I could craft alternative locations to bask in before the bell rang for afternoon classes.

It should come as no surprise then to hear this tradition of dreaming has continued into my adult years.

I cannot place the exact genesis of such an admiration, but within the last two years, I've grown to adore the cultural ethos of the 1980s. The neon windbreakers spark contentment in me. Images of roller rinks and VHS stores ignite a warm pang in my chest. Hearing a Whitney Houston or Billy Idol song playing from a neighbour's house pushes images of double-denim outfits into my mind's eye.

Like many others in the contemporary era, I've been self-diagnosed with a bad case of '80s nostalgia. The interesting thing is, however, I wasn't even alive in the 1980s. The hallmarks of my childhood were reruns of post-2000 shows like Totally Spies and '90s classics like Mighty Morphin' Power Rangers. I watched some shows from the topical era, but they couldn't retain their vintage energy being played on a television screen made in 2002.

I challenge the assertion I romanticise the '80s. As a gay man in a Western country, I'm beyond grateful I never had to experience the AIDS crisis and risk death just by making love. There was also a slew of other social ailments people of the '80s had to endure: the Iran-Contra affair, homophobic presidents, acid-tongued prime ministers. I mean, hell, legwarmers were in fashion at one point. Even in my most reverent fantasies, I've not seen any aerobics instructors wearing furry, hand-sized pencil toppers on their shins.

The bottom line is, despite having such an adoration for the era, I'm not short-sighted. Much of the '80s reminiscence I see in popular culture I know to be honeyed and misguided. One of my favourite bands The Midnight released an album in 2018 called Kids. The cover depicts the interior of a shopping mall glossed over with a purple and blue hue, along with drawings of arcade machines standing by a soda dispenser. Akin to many Synthwave artists, the Midnight's aesthetics play into exaggerated '80s "nostalgia"; the mise-en-scene of album covers and music videos is supposed to be hyperreal.

I think this is why our sweetened comprehensions seem so eternal. There's no access to those years to help shatter our illusions and sentimentalities. The images we see on Tumblr and Pinterest are simulacra. They're mere interpretations of what once was and are never truly accurate. They belong to a chain of thought that never dies because we refuse to viscerally accept its subject is misunderstood.

Truthfully, I will continue to worship the Synthwave genre. I will continue to put my blue and green windbreaker on for my walks around the park and listen to "I Can Dream About You" by Dan Hartman. Double-denim outfits will never fail to put a smile on my face. Invitations to '80s-styled diners will always be met with gratitude.

I am not sure if my affinity for the culture of the '80s will affect my contentment in the long run - much like Joan Didion's affinity for John Wayne affected hers.

There may come a time when I am at dinner with my beloved husband and Belinda Carlisle is sitting across from us. In the dead of night, we ask her to do us a favour and she agrees, smiling and rolling her eyes in the process. She sings "Heaven Is a Place on Earth" in wine-induced jest and rose-coloured lenses fall away, for I realise the originality of the song is forever lost in the present moment. It is the same story with the context in which it was written, and all I have is a shapeless hypothetical.

I think even in such a moment, desire for the intangible would still breed like rabbits. In the back of my head, a tenacious, undying voice would still be telling me one day, I will build a house at the bend in the river where the neon-lit roller rinks grow.