17 One Direction Songs You Should Listen To
Odyssey

17 One Direction Songs You Should Listen To

Just in case you were having trouble coping with 1D's break 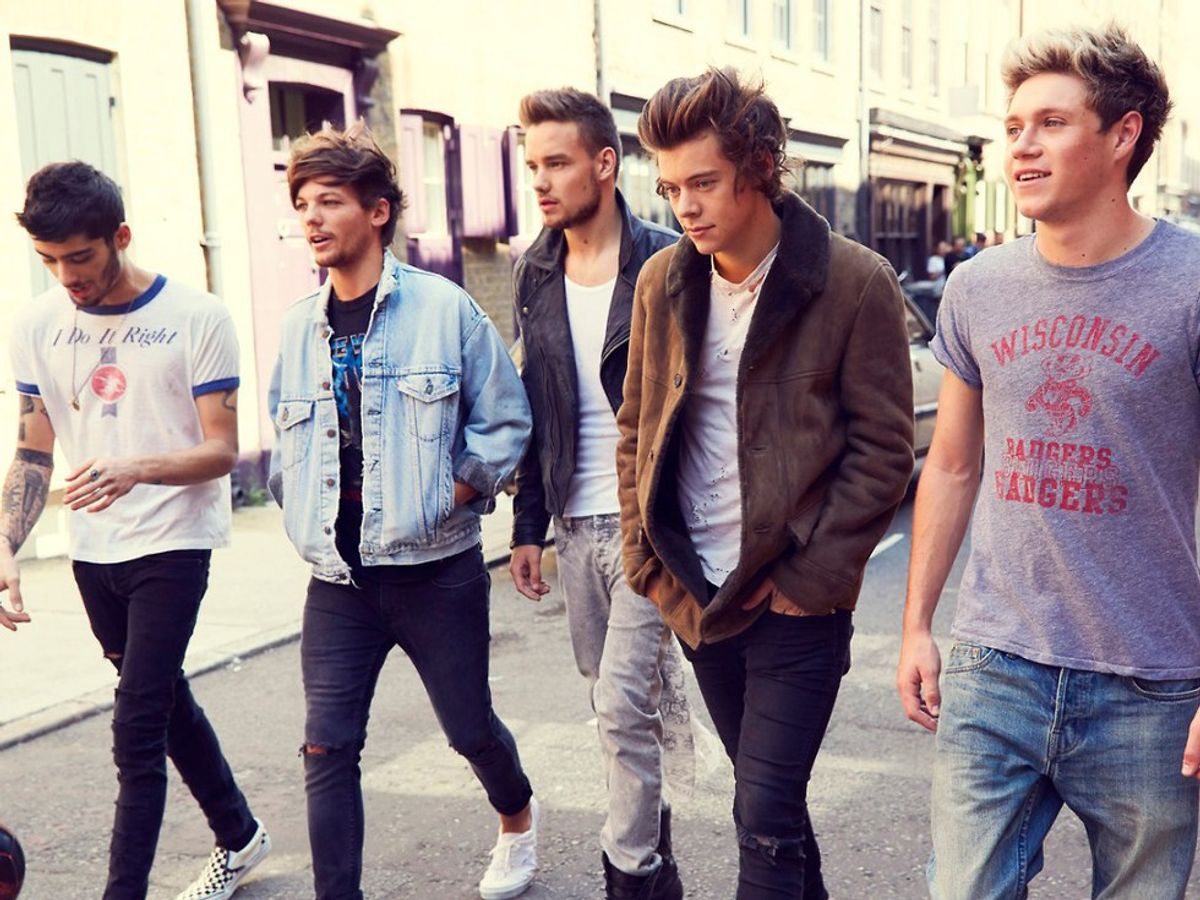 It’s been over a year since One Direction has officially released an album. In order to deal with having no new music to listen to, I thought I’d make a list of some of my favorite 1D songs that you should listen to. Over the years, they have released hit singles, such as "What Makes You Beautiful," "Story of My Life," "Night Changes," and "Perfect." But in addition to these singles, their albums are filled with single-worthy songs that everyone should hear. So here are 17 One Direction songs that you should listen to:

An early favorite off of their debut album, "More Than This" is a unique song that features every member’s unique vocals. It starts off as a slow, calm ballad and by the chorus, it grows into a song that you want to scream the lyrics to.

2. They Don’t Know About Us

This song is one of my absolute favorite One Direction songs and not very many people know it. A slow ballad about love that is written and sung beautifully. "They Don’t Know About Us" is from their "Take Me Home" album.

"If I Could Fly" is one of their newer songs off of their fifth album, Made in the A.M. It’s a song that is so beautiful that I almost cry every time I hear it. Be sure to have tissues ready when you listen.

Written by Ed Sheeran, "18" is a slow, love song off of their album, "Four". It’s as meaningful and beautiful as any other Ed Sheeran song. My favorite lyric from the song, “to be loved and to be in love”, can be found in the chorus.

Off of the deluxe edition of "Midnight Memories", "Alive" is the perfect song to sing (scream) along to in your car. Its upbeat melody makes for a fun song that can turn anybody’s bad mood around.

"Fireproof" is said to be one of Liam Payne’s favorite songs off of "Four" and it’s one of mine as well. It was released before the album in the form of a free digital download and it was a hit. It’s an up-beat song with lyrics that can easily stick in your head for hours (in a good way).

Another 1D song written by Ed Sheeran that can be found on the deluxe edition of the album, "Up All Night". The song is heartbreakingly beautiful and can bring tears to any listeners’ eyes.

8. Don’t Forget Where You Belong

"Don’t Forget Where You Belong" was a song that Niall Horan wrote with the band, McFly, for their album, "Midnight Memories". It’s a song with a powerful message about remembering where you come from. The message really resonates with me as a college student away from home.

This song can be found on their fourth album, "Four". It is so empowering with lyrics like “her light is as loud as as many ambulances as it takes just to save a savior” and “let's have another toast to the girl almighty.” I love it.

Off of the deluxe edition of Four, this song features a different sound for the band. The song starts with smooth, alternative guitar riffs, which continues throughout the song. It's up-beat, fun, and one of my favorites off of "Four".

Band member, Harry Styles, helped write the song "Happily," which is from their album, "Midnight Memories". It’s a fun song with a chorus that makes you want to dance around.

"She’s Not Afraid" can be found on the Yearbook Edition of "Take Me Home". It’s a very fun song. It sounds like the type of song that you’d dance to alone in your room or play at a slumber party or pool party.

The "Carpool Karaoke" rendition of this song makes it even better than it already is with the matching outfits, choreography, and amazing vocals. The song is a fan favorite and I definitely recommend checking it out.

"Love You Goodbye" is another song that is written and sung exquisitely. The vocals are so strong and since it is off of their newest album, "Made in the A.M.", it is one that I can’t wait to hear live (hopefully).

This song is so uplifting with lyrics that are beautiful and positive. It’s one of my favorite songs from "Midnight Memories". I would definitely recommend listening to it when you’re having a bad day because it can instantly make your day better.

"Ready to Run" starts off with folksy guitar riffs. The song is from their album, "Four", and band members, Louis Tomlinson and Liam Payne, helped write it. It’s another fun song to sing along to.

"A.M." is the last song on the deluxe edition of "Made in the A.M." and all four members helped write the song. It’s the perfect song to listen to on a rainy day and features powerful vocals, a catchy melody, and sweet lyrics.

All of these songs are some of my favorite One Direction songs and I definitely recommend checking them out. To One Direction, please come back and release beautiful music soon.