Just in case you needed a comprehensive list of what gives me a little boost. 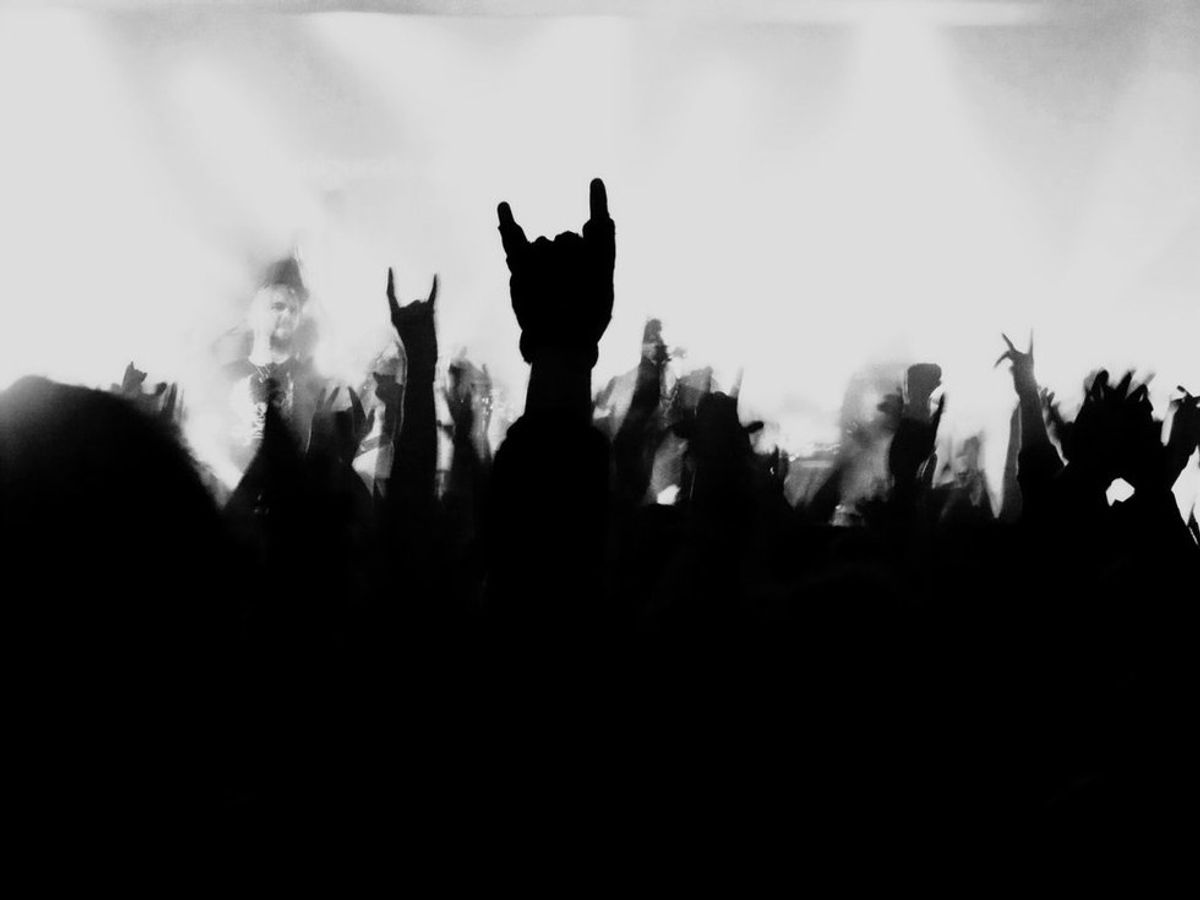 Whenever I'm feeling lazy, stressed, or in need of some motivation, I often look to music. These songs usually get me out of any funk I'm experiencing, and add an extra boost of encouragement, whether it is empowering, encouraging, or inspiring.

1. Arch Enemy - You Will Know My Name

This song's title really says it all. File this one under "empowering."

2. Asking Alexandria - Break Down the Walls

Make sure you have room to jump around if you're going to listen to this one.

While this song reaches thousands of people a day, it still feels like Fronz is speaking directly to anyone who's listening. It's pretty cool to hear such a big name in the industry say "I've got your back."

Being a fan of BVB for as long as I have, this is empowering, encouraging and inspiring, especially comparing this video to where the band started. Their fifth album is under way now.

5. Bring Me the Horizon - Throne

"Throw me to the wolves; tomorrow I will come back leader of the whole pack."

Another, more direct reflection on past versus present; i.e., you can do anything.

This one just barely passes for empowering, as it is pretty angry, but the unkempt, unapologetic rage in this is what makes it so good.

8. A Day to Remember - All Signs Point to Lauderdale

During my freshman year of high school, I listened to this on repeat for hours on end to remind myself that I would one day get out of my own washed-up town.

9. Falling in Reverse - It's Over When It's Over

This is a reminder from Ronnie Radke to all of us that we ought to never give up. Considering what he's been through as well and what he's been able to achieve, he lives up to the words.

Maria Brink's voice is a commanding powerhouse of other-worldly talent, but that doesn't make this song any less relatable and empowering. It's good for waking up, too.

Reclaiming an awful, ugly word and subverting all of its meanings entirely, it's hard not to love this.

12. In This Moment - You're Gonna Listen

13. Motionless in White - Carry the Torch

"Carry the Torch" is a significant, inspiring reminder that even if you do start out sleeping in homemade bunks in a van, you can eventually headline your own sold-out shows globally and drive a giant tour bus with built-in bunks as well, carrying on namesakes you used for inspiration. If you're not aspiring to be in a band, think of all that as a metaphor.

Every line in this song brings forth a feeling of determination and resilience. Nothing can take away from who you are.

Similar to "Throne," this song is a partial thanks to hatred and disapproval, as that only spreads the band's popularity. Empowering.

This one definitely belongs with inspiring. It's not a detailed retelling of Chris Motionless's story, but it does say that he was able to get from point A to point B. Consider the opening lines of each verse. "I was the last choice, no voice, regular kid." "Now I'm the full grown man that you love to hate, and yeah, you doubted me, but now I'm laughing in your face."

The title itself makes it pretty clear what the song is about.

Ash Costello makes it pretty clear that no one is perfect, and she certainly doesn't have to live up to anyone's standards.

"Confrontation" is pretty clear call-to-action about standing up to the world's injustices.

While it is possible that the guitar is what gives this song its "get-to-work" aspect, the chorus is still a reminder about perseverance.

Only one aspect made this song better than the studio version, and that was when Shinedown brought out Maria Brink for a live collaboration.

Solve your problems; fight your friends. Everything is fine.

25. Sleeping with Sirens - Do It Now, Remember It Later

"Remember when they said that what we want could never be done?" Well, looks like they did it.

This song gives off a driving, determined vibe. Interpret it as you wish.

"Whatever path we take, I won't fade away."

Narrowing down a You Me at Six song for this was very difficult. If I could have included all of their songs, I would have. To be honest, it was Oli Sykes who pulled this song ahead of the others, but that certainly doesn't mean the band doesn't sound great on their own.

While some of these songs do diverge a bit from the metal genre, I think they're close enough.