You should take a look at these authors if you haven't already. 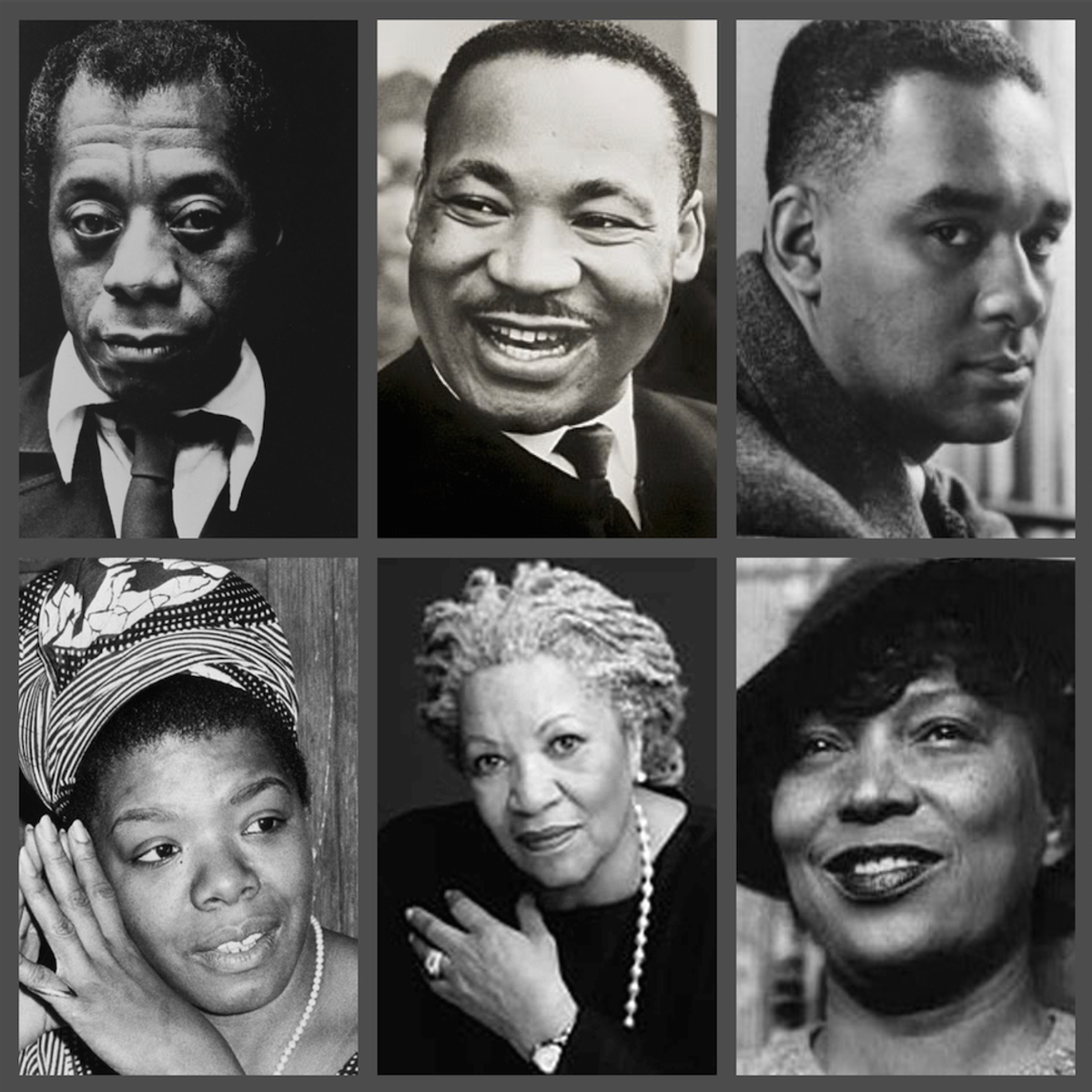 America is the land of diversity: a melting pot of different races, cultures, nationalities, and religions. Each of these groups has helped in the shaping of this country, African Americans have no doubt been an influential variable in this nation's progression. Literature is, in any country and for any purpose, an opportune medium to bring about change. From Frederick Douglass to Zora Neale Hurston, literature has seen a plethora of influential black authors. So in honor of Black History Month, here are a few inspirational quotes from famous Black Authors.

Celie's life-changing story in "The Color Purple" continues to resonate with the world. After reading this novel I was determined to read more. One of my favorites from her is "The Third Life of Grange Copeland." This novel reveals the grimacing story of three generations of Copeland's and how they attempt to escape the bondage of being a black person in America.

-from "The Color Purple"

Zora Neale Hurston, for me, is another author that captured the essence of an independent black female woman in her book "Their Eyes Were Watching God." She even takes us beyond into the culture of Haiti and Jamaica with her stories in "Tell My Horse."

“Sometimes, I feel discriminated against, but it does not make me angry. It merely astonishes me. How can any deny themselves the pleasure of my company? It’s beyond me.”

In my mind, he will always be the king of the Harlem Renaissance. His poetry and prose were powerful. Hughes sheds light on the black community of Harlem and uses his words to express the black struggle in a way America had never seen before.

“Deal with yourself as a individual, worthy of respect and make everyone else deal with you the same way.”

Bringing some of the most intelligent black women to the limelight Shetterly writes "Hidden Figures" to give them the credit they deserve. These women helped change America with their knowledge and they are now, thanks to Shetterly, able to get the credit and acknowledgment they deserve.

“Women, on the other hand, had to wield their intellects like a scythe, hacking away against the stubborn underbrush of low expectations.”
-from "Hidden Figures: The American Dream and the Untold Story of the Black Women Mathematicians Who Helped Win the Space Race"

"Go Tell It On The Mountain" is a forceful and empowering novel by James Baldwin. During the Harlem Renaissance, he captures the mind of a young black teenager trying to discover his identity in Harlem.

“You think your pain and your heartbreak are unprecedented in the history of the world, but then you read. It was books that taught me that the things that tormented me most were the very things that connected me with all the people who were alive, who had ever been alive.”

"And Still I Rise" is one of her most famous poems. With such grace and poise, Maya Angelou's writing continues to live in the hearts and minds of all. She was a powerful black woman whose writing touched millions, including me.

“Courage is the most important of all the virtues because without courage, you can't practice any other virtue consistently.”

Sharing African culture to the rest of the world, Chinua Achebe, used his astonishing writing skills to inform us on Nigeria's culture in one of my favorite books "Things Fall Apart."

“Nobody can teach me who I am. You can describe parts of me, but who I am - and what I need - is something I have to find out myself.”

If you have not read his autobiography, I would highly recommend it. His autobiography goes into the intricate details of his life and the hardships he encountered throughout his life. This activists story is truly one to learn more about.

“You're not to be so blind with patriotism that you can't face reality. Wrong is wrong, no matter who does it or says it.”

-from "By Any Means Necessary"

His way with words went far beyond his speeches and sermons. My favorite writings "Letter from Birmingham Jail" not only showed his intellectual prowess, but also expressed his ability to fight for justice in all ways possible.

-from "Letter From the Birmingham Jail"

One of the founders of the NAACP, he continued to fight for injustice through his active role in the commencement of the Civil Rights Movement and through his writing. His way with words allowed blacks to recognize their injustice and fight for equality.

Having read "Fences" three times, (I'm sure I will read it many more times) it still impacts me strongly with each read. Wilson creates a family dynamic that shows the struggles of blacks not only physically, but mentally. Each character has their own oppression and throughout the play, Wilson develops them in unique ways.

“Have a belief in yourself that is bigger than anyone's disbelief.”

The godmother to Tupac Shakur, Assata is a force to be reckoned with. Her voice, her endurance, and her strength throughout her autobiography is something you must read about.

Her Ted Talk on a Single Story was truly astounding. Adichie graciously lets us into her life and her Nigerian culture, as she writes about what it means to be a woman in American and preserving her culture.

Even slavery couldn't enslave Frederick Douglass. He knew freedom was the only thing that could truly satisfy, but even while enslaved, he braved situations no other enslaved person would dare face, like learning to read and write.

“Once you learn to read, you will be forever free.”

From "Beloved" to "The Bluest Eye" Morrison never fails to give us unforgettable characters with an impactful story.

"You wanna fly, you got to give up the shit that weighs you down.”

-from "Song of Solomon"