16 Books To Read Before You Graduate College
Odyssey

16 Books To Read Before You Graduate College

Here are the 16 books you should read before you graduate that no one will tell you about. 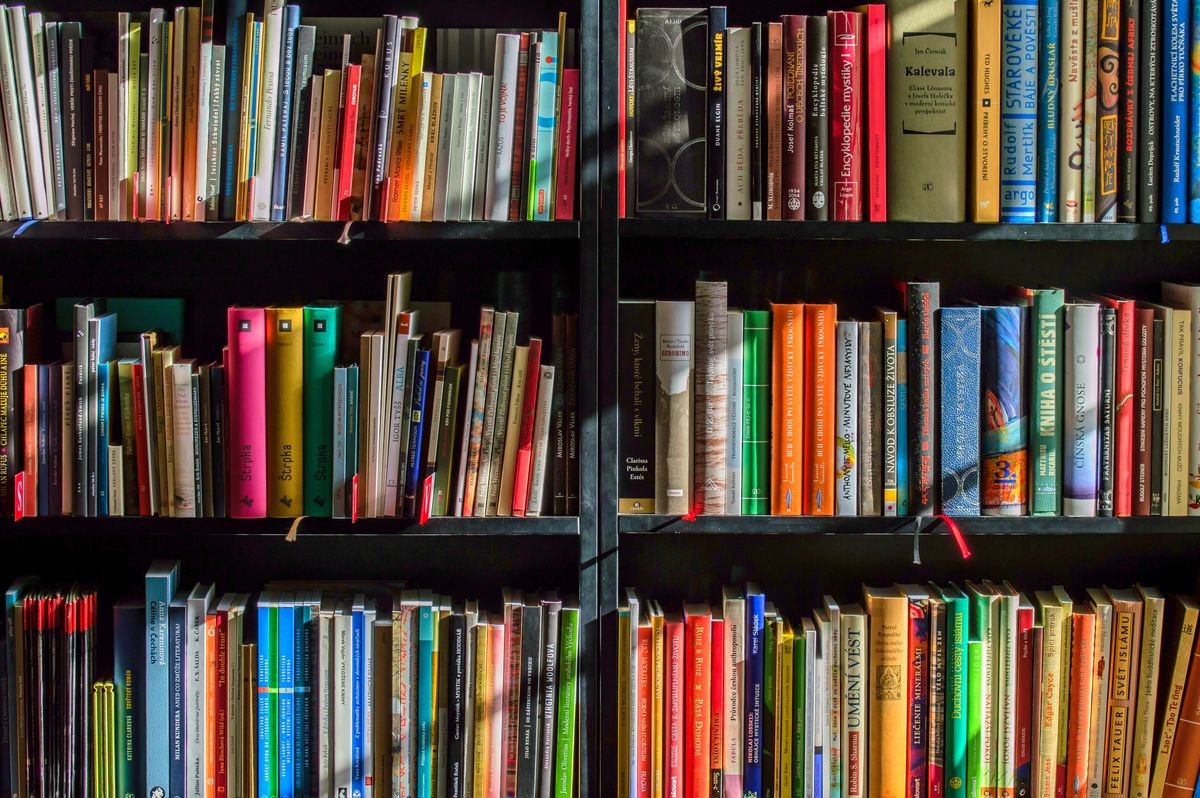 DISCLAIMER: this list isn't going to be full of the typical books you read in high school and college. They are works that have established the world as we know it, and deserve to be read even if they are not the most well known.

Maybe you love reading and need a fresh reading list. Maybe you hate reading and need some books that will impress your potential employers without making you want to die. Well, either way, this article is the one for you. If you read these by the time you graduate college, you will understand a lot more of the references people older than you are making, and you will communicate more effectively with your peers and superiors.

*Click pictures for a link to the Amazon book listing!

OK, I lied. I Included this book, one that is usually read by the time one graduates high school, because I think it is important to read again while in college from that particular perspective. "Catcher" is all about accepting the fact that bad things happen in the world, and how to cope with them. It’s about brutal loss, loneliness, and family. Odds are, you or someone you love will experience life in the same way Holden Caulfield has, and this book will help you understand these experiences.

2. How To Win Friends And Influence People by Dale Carnegie

This book was referred to me by a member of the California State Congress. It is his go to book referral for youth, and for good reason! After reading, you will be a better communicator, sales person (selling ideas and items), and leader.

3. I Am Malala by Malala Yousafzai

If you have read any of my articles, you know how important I think our education system is. Malala, only a child at the time, was willing to risk her life to defend this right for girls who otherwise would never have had it. Her story deserves to be told.

4. The Republic by Plato

This is the longest, but most worthwhile book on the list. Even if you can’t get through the whole thing, at least try to cover the most important, relevant parts. In "The Republic" Plato creates “the ideal society.” It is relevant to us because of what is covered in this book created the foundations of our democracy and many aspects of our institution. In short, if you want to know more about the world you live in, read "The Republic."

5. Nickel and Dimed: On (Not) Getting By In America by Barbara Ehrenreich

6. No Matter the Wreckage by Sarah Kay

This is a very short book of poetry. Mostly a spoken word poet, Sarah Kay takes all kinds of experiences and summarizes them into a page or less. I truly believe that poetry helps one to better understand the world around them, so I added one simply, easily understandable book of poetry to this list.

7. On the Origin of Species by Charles Darwin

This is one of the most misrepresented, misquoted books of all time. Many people assume it is an atheist narrative, when in reality it shaped the foundations of modern science in countless ways. In fact, Darwin begins his book by explicitly stating that his work should never be taken as a proof against God and creation.

Admittedly, this is a recommendation from my wonderful mother, who is awesome at finding books that help you improve your life. Harris had a panic attack on Good Morning America, causing him to delve into research about how anyone can truly increase their happiness and improve their quality of life. By delving into the lives of some of the most stressed people in the world, including CEOs, scientists, and Marines, he discovered some of the methods by which they all found peace and tranquility amidst hectic lifestyles.

9. Pride and Prejudice by Jane Austen

This is a well known classic that I had to put on the list because it is one of the most important books in our current political climate. Though these particular situations don’t happen in this particular way, and definitely not as obviously, there are so many instances in which we forgo our humanity for biases based on pride and prejudice. If that doesn’t draw you in, it’s a love story for the ages and you won’t want to miss it.

I read these papers in my Constitutional Development class and I personally think that every politician needs to read them all before they start a sentence with “the founders intended…” It was created by the fathers of our nation to defend the Constitution, thereby explaining every confusing point in the constitution to those who were against or misinterpreting it. If you want to know your rights and have an educated discussion about politics, read this!

11. The Canterbury Tales by Geoffrey Chaucer

Don’t be scared off by older classics; if you have passed high school English, you can read this! This book is one of the most unique, revolutionary novels of all time, so I encourage you to read it in its entirety. Not only did Chaucer write this in English when the only standard literary language was Latin, making it one of the first books in the English language, but he also wrote in 24 different voices! His stories were so incredible that he was asked to read them to the king of that time.

12. The Big Short: Inside the Doomsday Machine by Michael Lewis

Lewis is a brilliant author that specializes in taking complicated events and turning them into understandable, humorous stories. In The Big Short, he explains what exactly caused the 2008 financial crisis. This story is important to know if you want to know what truly happened in 2008 - an event that shaped every modern business and organization - and if you want to better understand what happened to those who experienced the crisis first hand.

So I had to put a play in here, but don’t worry, this one is short and will keep you on your toes. It is a beautiful story about family, sacrifice, and commitment to one’s own beliefs. Additionally, the story ties into other greek stories (Antigone is the daughter of Oedipus. Sound familiar?). Antigone is willing to go above and beyond, even breaking the law, to do what she believes is right. Overall, the story is a fast-paced, enthralling one, with a lot of references that we use in our everyday language.

Guys, this book changed the face of our nation and sparked the independence of our country. Published anonymously six months before the signing of the Declaration of Independence, it is one of the most revolutionary works ever published. It was also created for a mass audience, one of the few documents that truly influenced individuals from every corner of the nation. If you want to understand our country and how we have succeeded, read this relatively short book.

15. Song Of Solomon by Toni Morrison

Guys, this woman has won a NOBEL PRIZE because she “gives life to an essential aspect of American reality.” That’s right, she’s brilliant. She writes a story about an all too overlooked part of the American experience, so I encourage you to immerse herself into this story and truly appreciate for the masterpiece it is.

This is obviously a short work, however it is quoted by politicians ALL THE TIME. I encourage you to read some of the many famous presidential speeches, as politicians love to recycle words of wisdom from the greats.