15 Things You Realize As Your Baby Brother Grows Up
Odyssey

15 Things You Realize As Your Baby Brother Grows Up

No matter how old he gets, he will always be your baby brother. 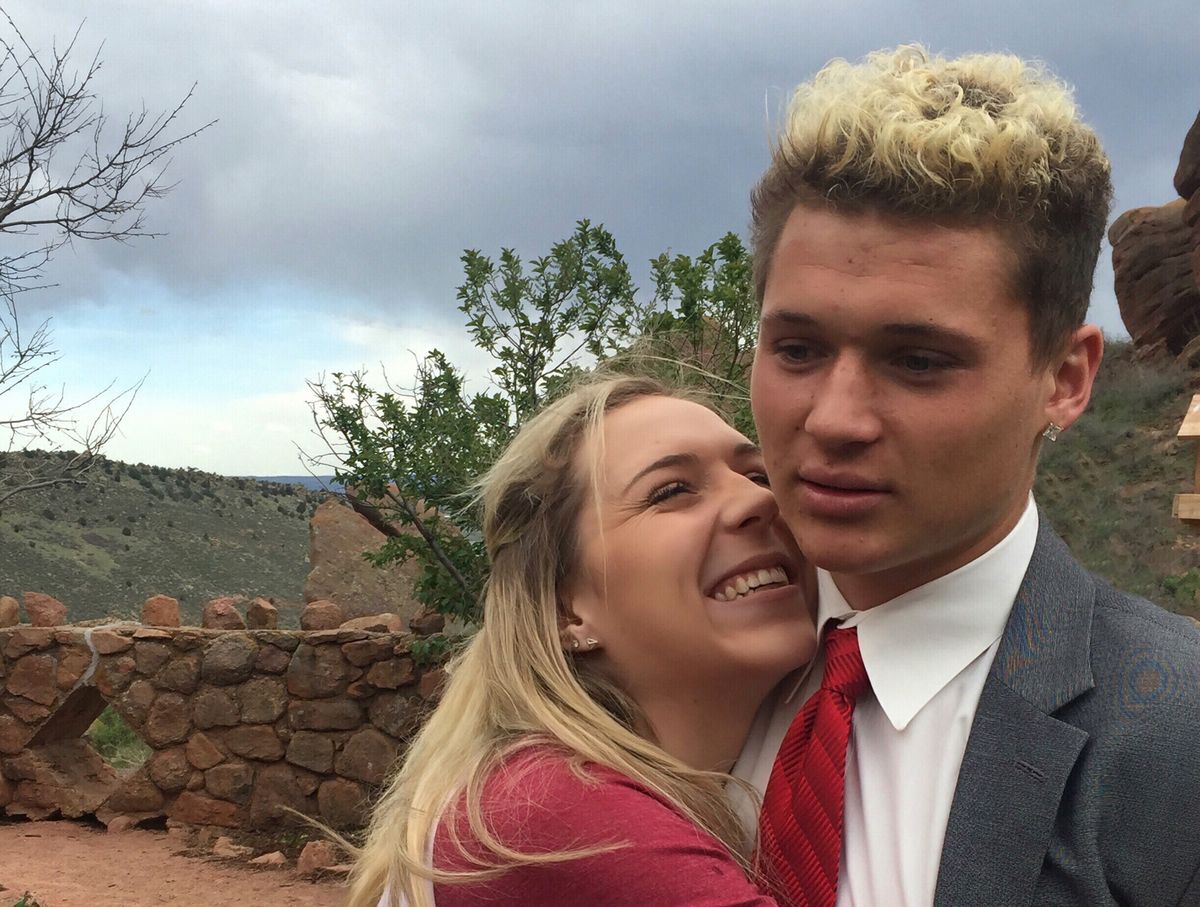 Despite the fistfights and days of locking each other out of the house, a little brother is one of the biggest blessings you can receive. Most sisters can agree that they probably bossed their brothers around a lot when they were younger (and probably still do). Most sisters have also most likely forced their brothers to participate in many games that were only enjoyable for one party (baby dolls, house, dress up, etc.)

As a little brother grows up, you start to realize a lot of things as they become your lifelong best friend. Here are 15 of them:

1. He will outgrow you

Even though you were once able to beat him in a wrestling match, and have a fair game of tag, as you get older, he begins to pass you up in size and you realize it probably isn't in your best interest to pick a fight.

So many times, girls get a bad rep for the teenage phase, but let me tell you, teenage boys have just as much sass if not more than the average hormonal girl. But you also realize that you will get through it, and he is still your sweet brother somewhere deep, deep down.

3. He will go through a phase when he is too cool for you

Your whole life you have been used to your little brother looking up to you and wanting to be just like you and do all the things you do. This probably really annoyed you at some point too and I know I found the words "stop copying me" coming out of my mouth a lot. Don't wish it away, enjoy these times because there hits a point where he will want to do their own thing for a while.

4. He will begin to form his own opinions, and he is actually really smart

He still looks up to you, but there comes a time when he actually starts to contradict and challenge your opinions, and his arguments are surprisingly really good. You learn a lot from your little brother, so start listening to what they have to say sometimes.

5. No girl will ever be good enough for him

When he brings a girl home, you can't help but judge everything about her (no pressure) because to you, no girl will match up to his awesomeness. You know you are annoying, over-controlling, and overly judgmental, but you can't help it, he is your baby brother after all.

6. Regardless of how old or big he gets, if anyone messes with him, you will "beat them up"

I am not a fighter, but somehow anytime someone messes with my little brother, I get the ego of Muhammad Ali and believe that I can beat anyone up. Even now that he has outgrown me by about six inches and 50 pounds and is definitely a lot stronger than me, I still threaten to protect him because for some reason I feel like I can defend him better than he can himself. If anyone shoves him on the soccer field or says something mean to him at school, all of a sudden the big sister is the most intimidating and feisty little 5'4" girl there is out there.

The once quiet and shy boy you outspoke as a child is not afraid to stand up for you. Even if he knows you're wrong, he is just as protective of you as you are of him and he will always be there for you whether you need a shoulder to cry on, you've had a fight with your friends and need someone to talk to, or a guy blows you off and you just need dairy queen and a movie night.

8. People will think he is your boyfriend and vice versa

As little kids, you were obviously the big sister, but now that he has outgrown you, hit puberty, and matured, people mistake him as your boyfriend all the time. When you go to dinner and get the "You are such a cute couple" comment, you can't help but laugh.

9. All of his academic success is obviously all thanks to you

All the days you forced him to play "school" with you and tried to teach him everything you knew paid off because he actually knows what he is doing now. You're welcome.

10. Every year he turns another year older, you freak out because you remember how old you felt when you were his age, and it is not possible for him to be that old

No, no, no. He is little. He cannot drive just because he is 16. That is scary. (Only you were mature enough and ready to drive at 16.) There is no way that he is already 18 and can vote. You will never get used to the fact that he is growing up at the same pace as you are.

11. He is the one person who defies your theory that you are never wrong

He always has your best interests in mind, so if he disapproves of a guy, or questions a choice you are making, he is most likely right, just listen to him. Seriously, it will save you time in the future.

12. You will always worry about him

Yes, you are annoying and you know he can handle himself, but the thought of him ever getting hurt kills you. Every time he goes out or takes a risk, you worry about him. However, you also know and trust that he is smart and makes good choices, and if he ever doesn't, you will always be here to save the day, duh!

13. You are his biggest fan

And you are absolutely obnoxious at sporting games and other events. You are the first person to yell at the referee when he gets fouled and the loudest person screaming when he scores a goal. You also find yourself bragging about him to your friends because you are just so proud, and you taught him everything he knows (duh, again).

You can tell him anything and he can tell you anything. You guys have a pact and he won't tell your secrets. He's your person, and you have come to find out that he actually gives great advice when you give him the chance to talk.

15. No matter how old he gets, he will always be your baby brother

No matter how old my brother gets, we still say "I love you" every night and he will always be my little baby brother who I watch over and protect, always. I know I have a lifelong best friend who I can lean on during hard times, and celebrate with when the times are good. Bless up.

Special shoutout to my baby brother, Luke, for teaching me so much about myself and always being there for me.

From Your Site Articles
siblings
Report this Content
This article has not been reviewed by Odyssey HQ and solely reflects the ideas and opinions of the creator.