13 Reasons Why Harry Styles Is SO Much More Than A 'Womanizer'
Odyssey
CurrentlySwoonLifestyleHealth & WellnessStudent LifeContent InspirationEntertainmentPolitics and ActivismSportsAdulting
About usAdvertiseTermsPrivacyDMCAContact us
® 2023 ODYSSEY
Welcome back
Sign in to comment to your favorite stories, participate in your community and interact with your friends
or
LOG IN WITH FACEBOOK
No account? Create one
Start writing a post
Entertainment

Harry Styles is more than what we see on the headlines. 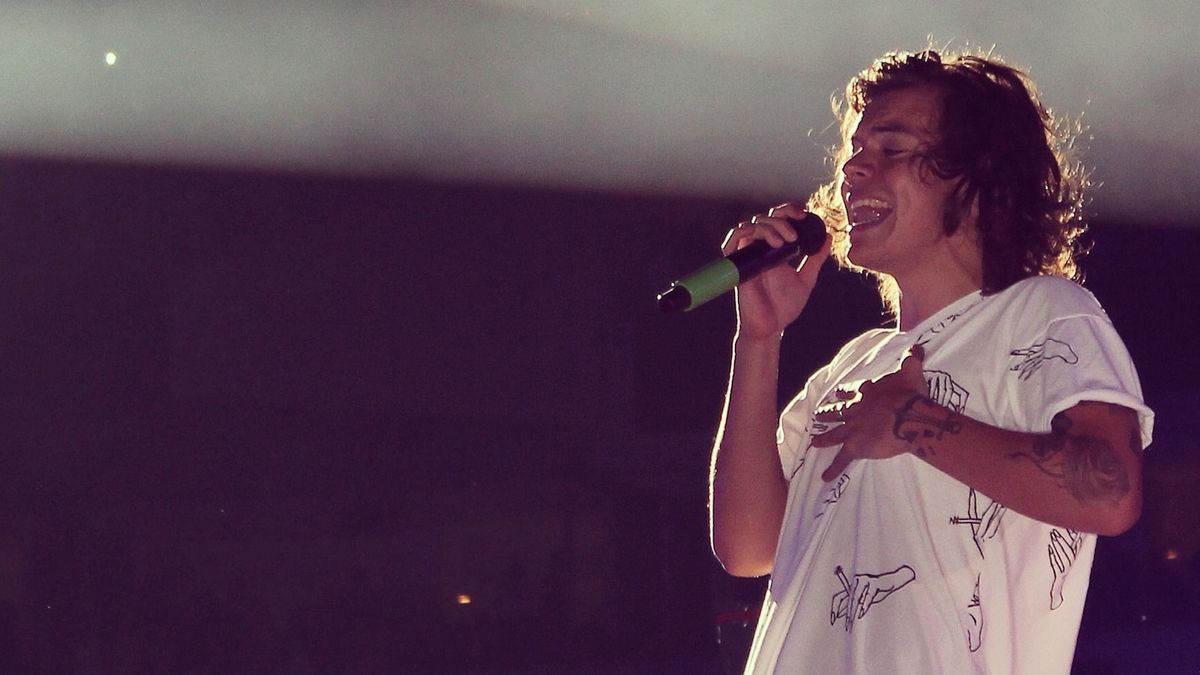 The headlines are as follows: "Harry Styles is dating his fifth Victoria’s Secret Angel." The media uses tactics to get people into buying or reading their articles. While the tactic is smart, raking in millions of views and sales at the expense of the truth or people's private lives, is rather distasteful. And it has an adverse effect on the readers.

Styles' fan base is predominantly young females, and what parents would like to have their teenage daughter admiring someone who is all about sex? So, I decided to show the world who Harry Styles actually is. Someone who is completely different than how he is portrayed in the media.

On his day off, he spent thousands of dollars buying pizza — His friend, Ed Sheeran, spilled tea during an interview back in 2013. Styles drove around Los Angeles handing slices out to homeless people. No publicity, no paps, just someone wanting to help out. "I saw him in L.A. about three months ago. He had a day off and he went out... no one knows about this... He went out on his day off and spent like two or three grand on Domino's pizzas and drove around for the whole day just giving it to homeless people.

"I think that's an amazing story. That's pretty cool right?... People write about Harry all the time in a negative way with all his love life and stuff, but he does stuff like that a lot... He's actually a pretty genuine dude..."

2. Nothing but love for his fans

Styles has always shown love for his fans. During the One Direction days and even now. Harry is one to make sure all his fans are okay. From making sure those camping out to get front row get a nice hot meal, to making sure his fans have water in a tight, warm room. He shows that he cares about everything he does. He makes sure his fans know that he loves them.

He once bought a hardcore fan a beautiful diamond necklace. He doesn’t like to do meet and greets at his shows because he won’t be able to meet all of his fans. If you ask him to come to your house, he’s known to show up out of the blue to surprise you. Styles is always calling, Face-timing or recording a video for a sick fan.

Once, a fan had a panic attack after a show; she was alone with a friend. A security guard came over to check on her, but Styles wanted to make sure she was okay himself. He went against the rules to get to her, and he didn’t leave until she was okay.

3. He isn't rude to the paparazzi

Unlike the majority of celebrities, Styles doesn’t hate the paparazzi. Or at least he doesn’t show it. He will shake hands with all of them, as long as it’s safe enough. He will pose, answer some questions, and have a nice chat. If they drop something, he will be the first to bend down and pick up the item for you. He’s even been known to give a member of the paparazzi food.

4. He isn't afraid to help someone during a mob

Being a young heartthrob comes with its setbacks. The biggest one I see: being mobbed. If he is in a public place and people get word of it, they will drive from hours away to find him. That includes fans and paparazzi. Being one person surrounded by fifty can get scary. Styles is known to keep his cool unless you push a fan. Styles is one who will stop in the middle of a mob if a fan falls. He’ll pick them up, make sure they’re okay and pause for people to snap a quick picture.

5. He is a supporter of equal rights

Harry Styles is a huge supporter of the LGBT Community. He is a huge supporter of equal rights for everyone. Styles voicing his support and standing up for the rights of everyone is a primary reason he is highly looked up to. He treats everyone with love and respect, never once making someone feel inadequate. Styles was quoted in a Rolling Stone interview back in April, "Equal rights. For everyone, all races, sexes, everything".

6. He isn't about persuading his fans opinions

Styles isn’t too into politics or anything like that. He understands his image can persuade a fan to want to think like him instead of developing their own opinion on a matter. Although, at a concert in 2015 Styles did take a stance. “Does anybody like dolphins? Don’t go to SeaWorld”.

You ask anyone who’s interviewed or worked with Styles and I am sure they will tell you the same: he is genuinely a nice guy. Nothing you see is fake. He will make sure he shakes everyone’s hand. Back in 2015, Harry climbed up a fence just to shake one of the crew members' hands.

8. Harry secretly donates to many charities

Without publicity, without alerting anyone. Harry gives and gives without wanting anything back. He has donated to sponsor three wells in India without alerting the media. His beautiful hair was donated to Little Princess Trust. Little Princess Trust is a charity in England that supplies and funds high-quality wigs made of real hair to children who have hair loss as a result of cancer treatment or other illnesses. Harry even held little shows in London, LA, and Mexico, where the tickets were no more than $20 and all of the proceeds, were donated to Little Princess Trust. Another reason Harry is too good for this world: his sister, Gemma, was celebrating her birthday at a beautiful restaurant. Harry tipped the waitress $600 and saved her some birthday cake.

9. Harry Styles, an animal lover even when intoxicated

Even an intoxicated Styles is a gem. In 2013, Harry Styles tripped over a dog leaving a club; he quickly turned around to apologize to the cute puppy.

Despite the media portraying Harry as a womanizer, he is the exact opposite. He is known for answering a question about what’s the sexiest thing a girl can wear with “I think a smile.” Along with telling an interviewer that asked who had the best game of talking to girls. “It’s not a game.” He compliments women on their personality. And dibs is something Harry is against “We feel that objectifies women, and that’s not really why we’re about".

In a recent interview, Harry went on about how teenage girls are our future. “Young girls like the Beatles. You gonna tell me they're not serious? How can you say young girls don't get it? They're our future. Our future doctors, lawyers, mothers, presidents, they kind of keep the world going. Teenage-girl fans – they don't lie. If they like you, they're there. They don't act 'too cool.' They like you, and they tell you".

12. Harry Styles is the king at dad jokes

This is self-explanatory. Harry is just the best at making up and telling really bad jokes. "Why can't the flower ride his bike? Because his petals came off."

Harry Styles, a member of the biggest boy band of the 2000s. A guy who debuted at number one on the charts with his first solo album and movie, hates the word famous. “I hate the word famous. It gives you no substance. It’s not like, oh that guy was really nice, or that guy was funny. It’s, oh he was famous. And I just think that… it’s just weird. I hate it".

Nicole Marie Nigro
Individual Creator
6818
c1.staticflickr.com
Where to start...... Let me start with the cliche that life throws us curveballs and what we do with it is what counts.