15 Lessons Learned From 15 Seasons Of NCIS

From clichés to Gibbs' rules. 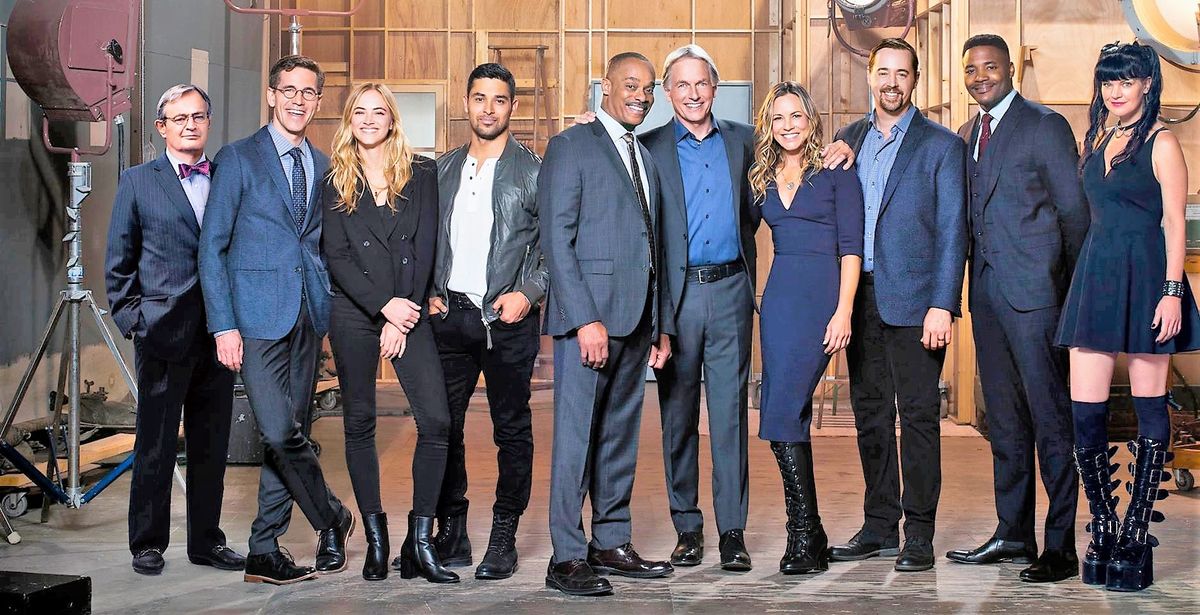 While this is an actual government agency, I am talking about the long-running, highly-acclaimed television show that has been on the air for 15 seasons. Now, I am roughly 21 years old. The first episode aired on September 23, 2003, making me 7 years old.

Should a 7-year-old be watching a show with a lot of gunfire, inappropriate innuendos that at that time I had no clue what they meant or multiple dead bodies, sometimes on concrete but others on morgue tables? Probably not.

I don’t regret it, though, because each season connected to my life in some very cosmic way. Each episode, I sat on the couch with my dad in anticipation waiting to see what was about to happen, which emotions from the week the episode was going to capture perfectly.

"NCIS" has never been about the epic gun battles or beautifully crafted writing itself; it was more so about the family aspect. Each character had their own set of problems that went beyond the surface that we all could relate to. This is why when one of the characters left or died, it hurt so badly.

The characters felt like family for some people, more than their actual blood relatives.

Here are 15 lessons I learned from the 15 seasons that each relate to some pivotal moments in our lives.

Double that for people who went to private school. They can still be smart asses when the time calls for it. **cough, cough, Kate**

Television deaths can hurt just as much as family deaths if you get attached to the show hard enough.

It is completely okay to be frazzle-brained when you are in deep-dive to find a terrorist...or car keys.

Do not base your opinion on someone just because of who they are related to... Most of the time. Trump and his family don't count.

Our family will ALWAYS come back to us. It might take time, but it will happen.

Always, always carry your own jar of peanut butter.

*Disclaimer- I know this is not the exact brand Sarah had.

The deaths never get easier. All puppies are innocent. There is always a bigger picture that we probably don't see but will eventually make sense.

Trust no one but if you must trust family because ultimately the people we surround our self with are the ones who protect us most. Sometimes this includes not trusting our own blood- it is a sacrifice that is necessary at times.

Live by Gibbs' rules. All of them.

One of these is how nothing at all is more important than saving the family...Even if that includes infiltrating a terrorist cell or keeping your surrogate father out of a Mexican prison, and more importantly, the biggest cartel in Mexico.

P.S. this is worth mentioning, but Ducky is a complete storytelling and incredible BADASS!

Never expect anyone to tell you everything about them all at once. The old cliche that everyone is an onion with many layers to the depth of the soul is extremely true.

One other thing, the more power someone has, the more people want her or him dead.

Expect for the government (specifically the CIA) to be doing something clandestine, and hope to be wrong--but most of the time, you are probably right.

It doesn't matter how long it has been since you have talked to your parents; call them.

Neither you nor I know when our last opportunity will be. Or it could be your spouse for that matter, but tell them you love them. When you feel sparks, or, more than that, when you find your soulmate, break Gibbs' rule.

When someone finds his or her person, the world could crumble, but one look from them is all it takes--instantly you know everything will be okay.

PS Shout out to Ellie and OK STATE! :)

ANYONE who uses kids for personal gain deserves what's coming. Kids are innocent, and when you have someone like Persa turning them into weapons, the adult is the monster.

Protect kids at all cost because they are the future.

While the past will come back to haunt you, it could also come back to help you. Sometimes, you might find out after the fact. *Spoiler: I'm getting to Tony leaving. *

Most parents will do anything for their children. This should come without saying, but sometimes that just isn't the case.

My dad gave up his military career after 20 years, 10 months and 19 days in the United States Air Force to raise my brother and me. For me, I gave up my childhood, part of my adolescent years and even some of my adulthood to help take care of my dad (he is a disabled American veteran) and raise my younger brother while raising myself.

The moment Tony found out he was a dad, everything stopped, everything changed. That episode showed me that being a parent is dropping everything to take care of your child and your family, and at the end of the day, that is all that matters in this world.

Always be open to new people. There are a lot, and while we all have gut reactions (things to live by), it is important to give people a chance.

With Abby leaving she deserves her own photo.

Everyone is human, even psychologists--and yes, I'm talking about Jack. PTSD is common and often goes overlooked. Never call a suffering person crazy because when it comes to the attacker, the person will never forget the details.

Those are all the lessons I will be providing for tonight (even though there are SO many more). I feel these are the most important. For those of us NCIS fanatics, I promise one day soon, very soon, I will write a complete exposé.

We all know there are so many more lessons to be learned, and I hope I made all of you NCIS fans out there extremely proud.