15 Cartoons You Need To Rewatch

15 Cartoons You Need To Rewatch 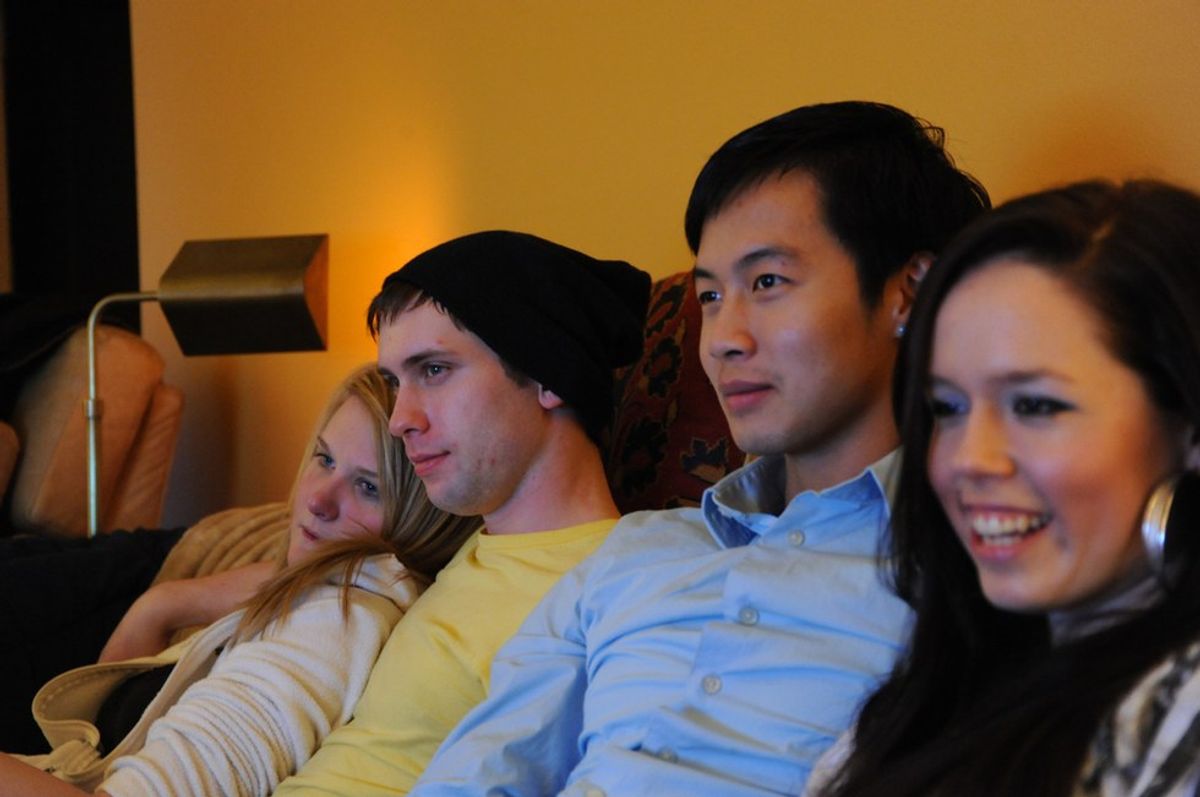 Spring break is right around the corner, and you can’t wait to go home and watch all your friends’ Snapchat stories in Miami, Panama City and Punta Cana. So much fun, right? Maybe your plans fell through or maybe you never had any to begin with; either way you get to spend a week at home, peacefully Netflix and chilling. At school, there was always a voice in your head telling you to actually study for your midterm rather than watch the entire season of "Fuller House". But now you’re free of that little voice and get to become the full time binge-watcher you’ve always been destined to be. The real world is a scary place, and that’s why God gave us cartoons. This spring break, let your inner kid come out and take a trip down memory lane with these 15 binge-worthy classics.

Did anyone really know what this show was about? A cat and a dog sharing one body? As a kid you probably wondered how they went to the bathroom, but as an adult you can’t help but wonder what the heck the creators were on when they pitched this!

You know the theme song by heart, and admit it, you thought Danny Phantom was cute. Yup, a cartoon was cute to you.

If there was one cartoon that made you want to run outside and do some reckless skateboarding and try your hand at extreme sports, it was "Rocket Power." Otto, Reggie, Twister and Squid were the essence of #friendshipgoals and honestly, who wouldn't envy pre-teens who get to live it up at the beach everyday?

Maybe the last time you watched "Arthur" was in elementary school, but trust me, give it another shot. If D.W. wasn't your favorite character, you've been watching "Arthur" all wrong. And who would have known that Francine is a monkey and Arthur is an aardvark? You got that right, every character is an animal, yet no one can communicate with Arthur's pet?

If we're being real, the content of "Powerpuff Girls" is pretty childish, but holy crap, whoever thought to include the character Him is all kinds of messed up. The Powerpuff Girl Wiki page describes Him as "unlike other villains who would prefer to destroy Townsville themselves or through physicals means, Him, on the other hand, prefers using psychological methods of doing so that often orchestrate events and psychological tortures in an attempt to drive the Powerpuff Girls apart or make them scared." This is not for children! It's for you to re-watch and inevitably feel the same fear you did 10 years ago.

"Totally Spies" gave you false hope about being a high school spy with the coolest lipstick lazers and hologram projecting mood rings. Clover, Sam and Alex had it made. Except for when Alex quit and Jerry had Britney step in. Spoiler alert?

It just might be impossible to not laugh at a "Proud Family" episode. Disney really outdid themselves when it came to the Prouds. Whether the episode revolved around Lacienega Boulevardez, Penny or Suga Mama, every episode was a gem. And anyone can appreciate the racial and cultural representation going on here!

"Avatar" is seriously regarded as one of the best cartoons ever made, and if you ever watched a season or two, you'd know why. The plot, animation and character development suck you in no matter what age you are. And come on, there are few things more lit than Ang in avatar state.

You can't honestly say there is any television show more quotable than SpongeBob. You know the "Krust Krab Pizza" song and know exactly which episode Patrick asks Squidward if "mayonnaise is an instrument," but who doesn't? "SpongeBob" is still running today, but the older the episode, the better!

If you thought Him from "Powerpuff Girls" was terrifying, you have yet to experience a full episode of "Courage the Cowardly dog." You probably weren't even allowed to watch it when you were younger because every time you did, you'd have nightmares for months. Spring break is a great time to revisit every horrifying episode you missed out on ages ago.

"Chowder" may not have been as commonly watched as it should have been, but Netflix has blessed us with the opportunity to revel in all the food related nonsense you've ever dreamed of. Sure, there's no real continuing plot, but the last episode will hit you right in the feels.

There are enough "Scooby Doo" episodes and movies out there to last you weeks, but in your week-long break, investing in a little investigating will be totally worth your time. Who can resist a classic whodunit, especially when your guess is usually wrong when the villain is revealed. Or was that just me?

"Teen Titans" is like the "Avatar" of superhero cartoons. The ongoing plot, the characters and even the superpowers encountered are so engrossing. If you're ever tempted to watch the new "Teen Titans, GO!", spare yourself and just watch the original. You'll find yourself laughing, screaming "Who is Slade?", and crying throughout all five seasons. If you watch one series at all this break, this should be it.

"As Told By Ginger" is one of those shows that seemed to be on all the time, but kind of bored you in your youth. Re-watching the show over 10 years after it first aired, you'll find yourself hooked on the drama and attached to Ginger, Darren, Carl and Dodie as they grow up. And no, you are not lame if you tear up several times during the last season!

"Hey Arnold!" was another one of those shows that you probably thought had no ongoing plot, but it did. Episodes like "Monkey Man" and "Stoop Kid" were legendary. Whenever they were on TV, you were glued to the screen. But then you've got episodes like "Pigeon Man" that probably flew right over your head. "Hey Arnold!" might pander to children, but there is a certain depth to several episodes that only a matured mind could pick up on. "Pigeon Man" will leave you with the chills for sure.