Are you a fan of cats and dogs? How about bearcats? 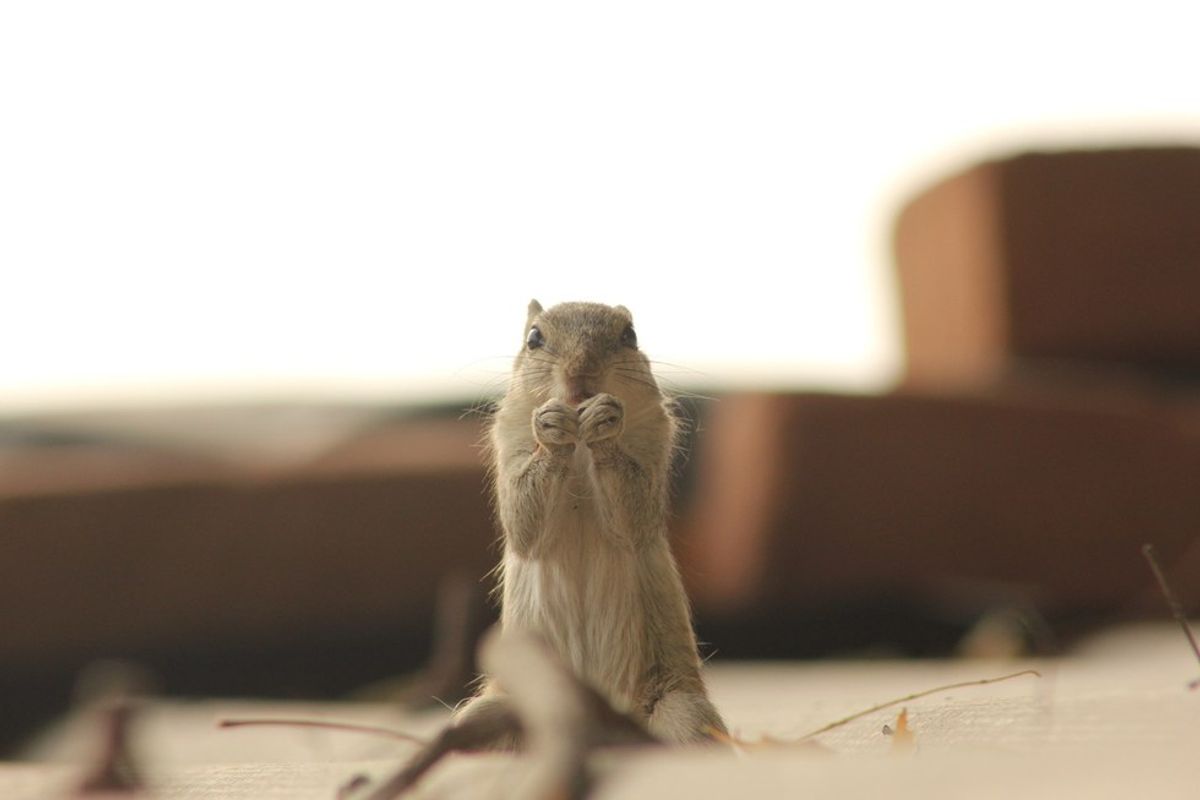 The first week of classes can be daunting for a lot of students, but fear not, the world is full of cute animals to help you through stressful situations. Fortunately for those of us living on campus where pets are generally not allowed, we have the great internet, a legendary source of joy and procrastination. So here we go. Get ready for a list of cute animal GIFs and stills!

As much as I like funny cat videos and dog memes, I feel like making a compilation featuring these two would be just too darn generic. To top things off, there's always the possibility that you've already seen the same things already. Hence I've decided to share with you a bunch of not so well-known and popular animals who in my opinion are much too underrated. Without further delay, here are the stars of the show.

1. The Bearcat (also known as the Binturong)

So my university's mascot is the bearcat and I feel obligated to start off with these cute little fellas because of school pride. Furthermore, my classmates and I just had a debate on whether the bearcat is cute or not at lunch today and I have to admit, it can look pretty hideous in some photos, but it can be cute too! Just look at these BFFs hanging out.

2. The Red Panda (also a type of bearcat)

Going back to that debate I had with my friends at lunch today, well, yeah we kind of disagreed. Half of us agreed that the Binturong is actually very cute and the fact that it smells like buttered popcorn is of course a plus. Unfortunately, the other half of us harshly judged the Binturong as "gross looking" and "ugly". If you too think the binturong is hideous, well then, I apologize for leading with that. Luckily the Binturong's cousin, the Red Panda, really is indisputably cute!

Since the Red Panda is red/orange/awesome, I decided an easy and natural transition would be to introduce the common Fox. They're sometimes known as nasty predators who hunt and kill game, but they're also very intelligent and cunning creatures who apparently sometimes have "derpy" moments.

I've seen a lot of squirrels on campus lately and noticed every time I see one I tend to smile. Yes, they are very common, but somehow those rare moments when it feels like you're playing tag with one still feel so special. Wait--is that not a thing? Squirrel tag? Okay.

Chinchillas are technically fat rodents who like the dark, but they're soft fur, big eyes, and comically tiny limbs are hard to resist.

Okay, here's another good natural transition. Chinchillas are rodents and so are mice. The Mouse is underrated because they are classically depicted as the terrorizing pests who scare housewives in cartoons and other media, but in all reality, they mean no harm!

Raccoons are infamously known for their notoriety and all, but they can also be giant goofballs who get along with friendly humans that aren't trying to chase them away from the kitchen cabinet with a baseball bat.

Ice Bear from the cartoon We Bare Bears is all I'm going to say besides this nice quote to keep you going through the hard times: "Ice Bear believes in you."

The Giraffe is the tallest animal species in the world. They have these super long necks and sport a fashionable spotted pattern all around their elegent bodies.

I'm actually personally not a very big fan of reptiles. In fact, I'm truthfully terrified of all animals and I know it's an unhealthy fear. I've made some progress recently with dogs and I'm trying to get over my anxiety around animals, but man, I still think snakes are intimidating. This one is smiling though and who doesn't like a good smile?

The Turtle famously beat the Hare and you know what? It's a very good story to help us all remember to take things at a steady pace. I left this one for last because there's actually some good serious advice that I want everyone to remember (because you probably have heard something similar before). I'm definitely paraphrasing this as I translate but I want to share something my Haidong Gumdo (A Korean sword martial art) instructor once told me. "You can accomplish anything as long as you pace yourself. Walk up the mountain. Don't run. No matter how tall a mountain there is, you can reach the top if you take one step at a time." -Master Yoo'

Caitlin Marie Grimes
University of South Florida
2293
Beyond The States