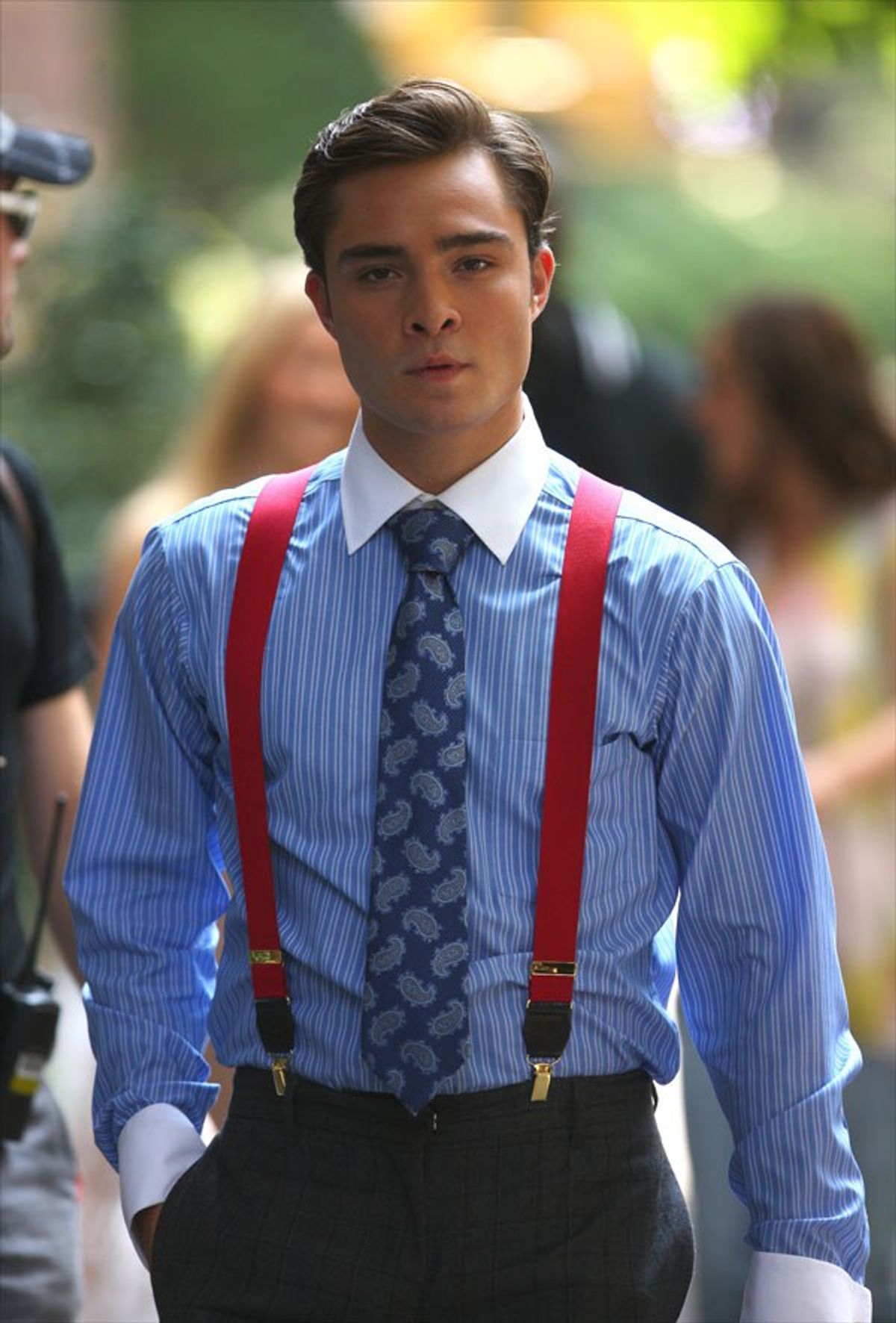 Chuck Bass may be handsome and charming, but there is so much more to New York’s youngest billionaire. Watching everything he does throughout the series for the love of his life sometimes made me forget it was just a television show and not something taking place in real life. I’ll admit, I cried watching "Gossip Girl." A lot. Enough to where you would think I was pathetic. Enough to where I even thought I was pathetic. I even cried writing this article a little bit reminiscing on some of these gestures made by Chuck. If you did not cry at these 14 scenes, you had to at least feel your heart gush a little.

When he turns his toast for his father’s wedding into a subtle way of admitting his love for Blair.

When he lets down his guard for Blair and has her see a whole other undiscovered side of Chuck Bass.

When Chuck and Nate are still at that awkward stage in their friendship over Blair, Chuck thinks the best thing to do is to let Blair be with Nate to make things more simple. So when Blair asks if what they had meant anything, Chuck told her it was just a game. Then when Serena asks why he did it he confesses…

When he did everything in his power to discreetly ensure that Blair had the perfect prom that she had always dreamed of. Blair may have been with Nate at the time, but that didn’t stop Chuck from wanting to see her happy. He had her original prom dress ruined because he got a hold of the identical dress matching her childhood diary to replace it with. Blair wanted Prom Queen more than anything, so when they got to the actual prom, Chuck rigged the election so that she would win. I mean, most of us just hoped our date’s outfit would match our dress, but this just took expectations to a whole other level.

It may have taken Chuck two whole seasons to finally admit he loves Blair, but when he did it, he made sure to fly out to Paris to pick up Blair’s favorite macaroons beforehand.

When Blair is feeling down on herself, he reminds her that they are the dream team. He then pays a photographer to ask to take her photo as if she was a celebrity so that she could feel important again. When the photographer asks why he did it, he simply says, “Dumbo always knew he could fly. He just needed a magic feather.”

Despite Chuck’s desire for Blair, he realizes that Louis would be the better man for her and decides to let Blair go. Of course, he does not do this without reminding her that he will always love her.

When he proves that an apology can go a long way.

No words for this scene, just tears.

When he assures Blair that even being pregnant with Louis’s baby could not stop him from wanting to be with her.

The 100th episode of "Gossip Girl" is without a doubt the most emotional one. We all knew that even the prince of Grimaldi would never be good enough for Queen B. From Chuck trying to convince Blair to not marry Louis in the dressing room to watching Chuck watch Blair on the altar with Louis from the back of the church, it’s safe to say that I could have been stabbed in the heart and there would have been fewer tears.

When he offers to pay Blair’s dowry to escape Louis. Despite Blair still going through with her marriage after Chuck’s attempt to stop her, he does not fail to be there for her when she finds out soon afterwards just how messed up the Grimaldi family really is.

When the moment happens we were all waiting for…

Who would’ve that thought someone who originally was known to have no heart could make you cry so many times?