The comedians shining through the male-dominated comedy industry. 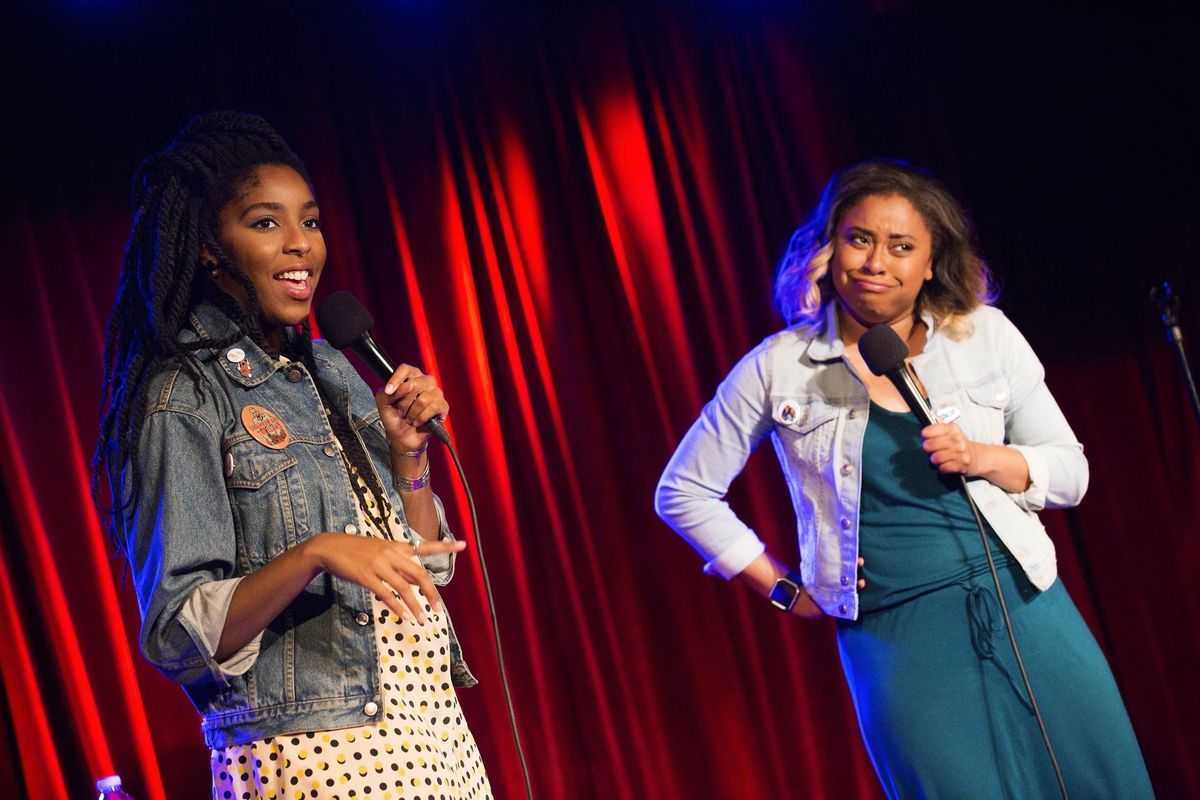 The comedy industry is a historically male-dominated field. It has taken world famous female and queer comedians twice as long to break into the industry as the thousands of male comics in mainstream comedy. And the women and queer comics who do manage break into the club are often times berated, harassed and threatened online for simply pursuing their passion, let alone doing their job. Similar to how queer folk and women are often times treated this way on a day to day basis for simply being ourselves. I wanted to shed light on some awesome queer and female comedians that you should check out.

Known best for her stand-up comedy, Cameron Esposito's work often focuses on LGBTQ topics as well as her own sexuality. Check out her website and her Twitter.

Married to Cameron Esposito, Butcher's also known for her stand-up comedy, writing producing, acting and podcast. Her work focuses on her personal experience as a butch lesbian, feminism, vegetarianism and her own love of baseball. Check out her website and Twitter.

Phoebe is a comedian, writer, and actress best known for her popular podcast "2 Dope Queens" co-hosted with her comic partner Jessica Williams. Check out her website and her Twitter.

Jessica is best known for her work on HBO's "Girls," her work as a Senior Correspondent on "The Daily Show" and as stated above, her popular podcast with Phoebe Robison, "2 Dope Queens." Check out her Twitter.

Fortune is a writer, comedian and actress best known for "Office Christmas Party," "The Mindy Project" and her work on the Netflix Original "Chelsea." Check out her website and her Twitter.

Sam is best known for her candid jokes about race, sexuality, and stereotypes. She's coming up right now, so check out her Twitter.

Sabrina is a comedian, dancer, host, actor and writer. She is best known for her work writing for "Canada's Got Talent" and her stand-up. Check out her website and her Twitter.

The legendary Margaret Cho is a comedian, actress, fashion designer, author, writer, and singer-songwriter. Check out her website and her Twitter.

Ilana is a comedian, activist, writer, and actress famous for co-creating and co-starring in Comedy Central's "Broad City" with Abbi Jacobson based on their web series by the same name. Check out her Twitter and her Instagram.

Abbi is a comedian, actress, writer and illustrator famous for co-creating and co-starring in Comedy Central's "Broad City" with Ilana Glazer based on their web series by the same name. Check out her hilarious book of illustrations, "Carry This Book," her Twitter and her Instagram.

Another powerhouse, Issa Rae is a comedian, writer, author, actress, and television producer. Issa rose to popularity with her hit web series "The Misadventures of AWKWARD Black Girl" which led to her book by the same name. This eventually led to her hit HBO series "Insecure" which will be returning for its second season on June 23--can't wait! Check out her website, her Twitter and her Instagram.

Seriously, who doesn't love her? If you've been living under a rock, Kate is a comedian and actress best known her for sketch comedy work on "Saturday Night Live" as well as various big Hollywood film roles. You can find her everywhere.

Again, in case you have been living under a rock, powerhouse Leslie Jones is a comedian, actress, and writer best known for her sketch comedy as a cast member and writer for "Saturday Night Live." Despite a ton of disgusting sexist and racist slander and harassment, you can still check her out on social media and catch her hosting the 2017 BET Awards.

Last but certainly not least is the one and only Wanda Sykes. She was first recognized for her work as a writer on The Chris Rock Show in the late 1990s and has made countless roles shine since both her work as a writer, and comedian. Check out her website and her Twitter to learn more about all of her upcoming projects.