Merchandising Suicide: Before I Watch 13 Reasons Why Season 3

Merchandising Suicide: Before I Watch 13 Reasons Why Season 3

How Netflix turned mental health into a brand deal. 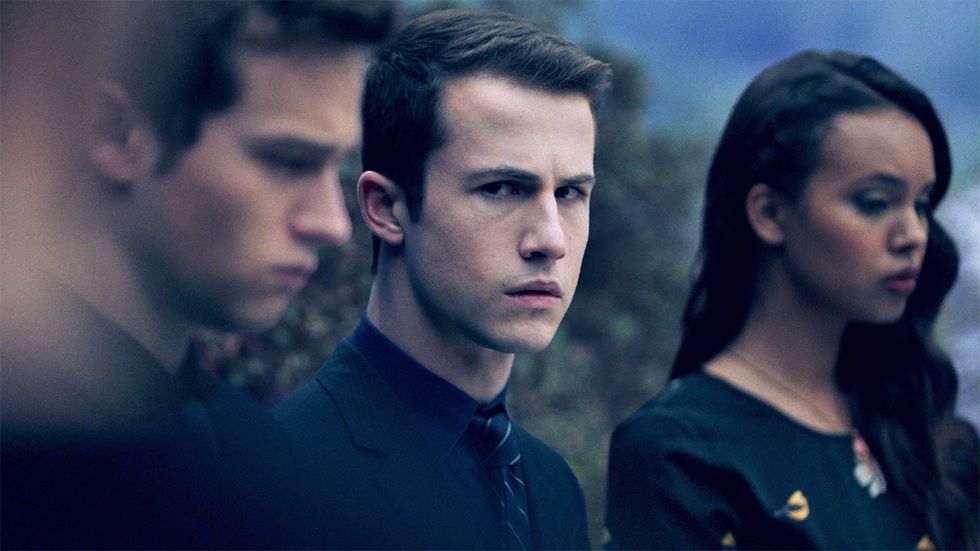 I'm hardly the first person to say this, and most certainly not the most eloquent, but let's give this old show pony another ride:

13 Reasons Why is toxic. On a purely technical level, it isn't terribly made, though the series is hardly a masterpiece. But while the show is beautifully shot, decently entertaining, and occasionally even well-written, its largely ham-fisted and cheap treatment of a smorgasbord of mental health issues taints whatever positive attributes it could rightfully claim. Suicide, depression, bi-polar disorder, and PTSD are merely the highlights of the woefully misunderstood conditions that this series completely bastardizes.

And yet, if you happened to have been paying attention to the title of this article when you clicked on it, this summary judgement and execution of 13 Reasons Why is only based on my having seen the first two seasons of the show. "So maybe," you optimistically muse to your computer monitor, "season three could be different." Maybe, just maybe, it could even be good, intelligent, and respectful of the mental health conditions that it preachily advertises. Maybe it won't handle these issues with the fumble fingers of writers who seem to have only glanced at a Web MD article and a soap opera before shoving them into the plot of this wasted Netflix cash grab.

Am I being too harsh? Probably. But the show has given viewers precious little to contend with these damning claims.

The premise alone weaponizes suicide, and the showrunners' choice to build on the source material of Asher Jay's novel by graphically showing a successful suicide attempt, spicing things up with a merciless array of sexual assaults from date rape to violent sodomy, tossing in a school shooter, including the cheesy mechanism of a "Hannah Baker ghost," and adding a litany of other such missteps, all serve to dramatically worsen the key issues of the original book. This may be a show about mental health, or at least, a show that uses mental health as a gimicky plot device, but it is not a show for people with mental health issues. Hell, it's not even a show really meant for people who simply want to learn more about mood disorders or psychological issues. It is far too indelicate, careless, preachy, and cheaply sensationalized to be a legitimate ally in the fight for awareness and understanding towards mental health problems in any real capacity. Instead, while the first season of the show made something of an attempt towards popularizing the fight for mental health, suicide, and assault awareness, the second season slips into the show's worst gimicks by bottling up all the trauma, violence, and depravity vicimizing today's youth and promptly hitting you over the head with that hyper-angsty, commercialized version of our collective tragedies.

Again, forgive me for my harshness, but as a young adult during this terrifying era of school shootings, rampant sexual assault among teens and college students, and a verified epidemic of student anxiety and depression, I can't help but feel manipulated by this brand deal of a show which seeks to merchandize off of our harrowing struggles in the most transparent possible way. I have found nothing sincere or legitimately constructive in what I have seen thus far of 13 Reasons Why, and I'm exhausted with its constant claim to be the torchbearer of all of these important social and political issues when it has done hardly anything but suckerpunch us with a tasteless reenactment of our sorrows. In fact, I'm almost happy that the promotional content I've seen for season three of 13 Reasons Why makes the show look like a dud copy of Riverdale, complete with a murder mystery and everything.

Let's be honest with ourselves: 13 Reasons Why has always been a dumb young adult drama milking us for all we're worth by banner-waving the pressing social issue of the month and calling it a day. At the very least, season three looks as if it has finally thrown off the pretense of legitimately representing our own struggles and has finally embraced what we always suspected it is.

That being said, I am completely open to having my mind changed by what could very well be a spectacular third season. No, don't laugh. I mean it.

All my disenchantment and disappointment aside, I am always willing to reexamine a project and reevaluate my opinion as long as it meets one, single condition: it has earned the right to be looked at a second time. Yes, perhaps seasons one and two of this controversial Netflix series haven't exactly hit the mark, but maybe, just maybe, they showrunners have learned from their mistakes and went into the next chapter of this series with a passionate need to investigate mental health beyond their clumsy, shallow attempts in previous seasons. Perhaps this season will examine these themes, including its goofy murder mystery angle, with care and nuance, respecting viewers who have suffered through similar experiences instead of capitalizing on the sensationalism of their pain. Perhaps things will truly be different this time around. Perhaps they will even be better.

But I really doubt it.