Some things don't get the credit they deserve. 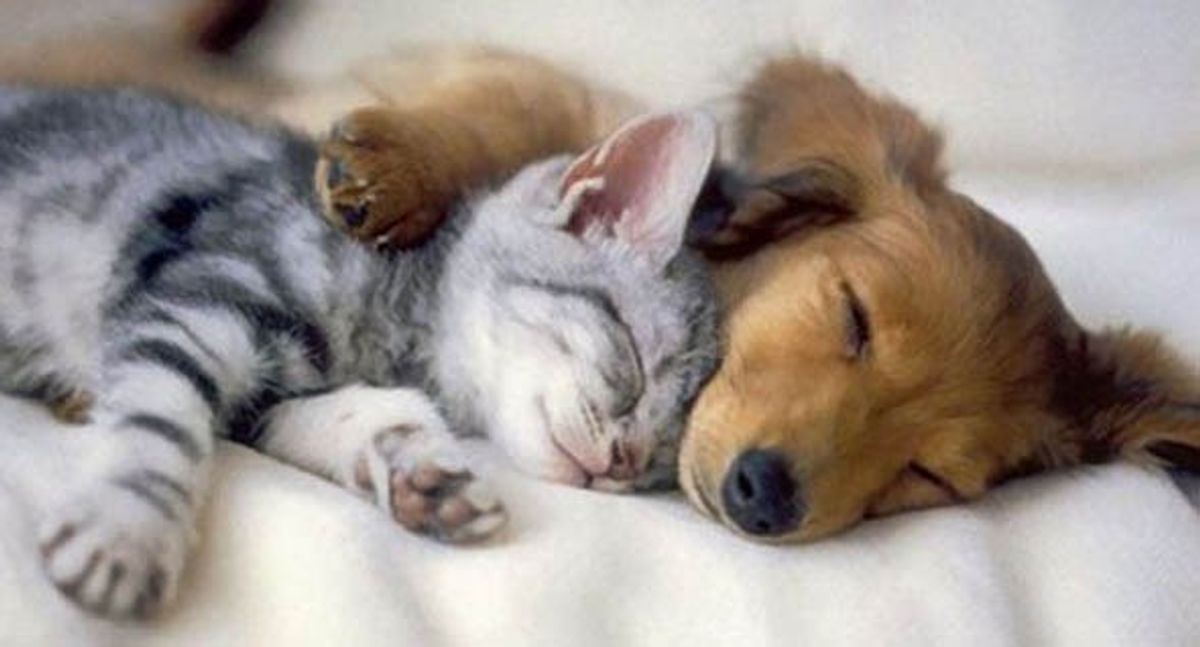 Overrated. Underrated. It's all subjective. Except for this list; this list is irrefutably correct. Here's what's overrated and underrated in 2016.

Okay, let's get this one out of the way first. Shame on me for placing an animal that only loves on the list of overrated things. But remember, I'm not saying dogs are terrible, they're just not all they're hyped up to be. I have yet to identify or relate with any of the three dogs I've grown up with. Many of the dogs I'm around are annoyingly persistent with the barks, the licking, the tail wagging, and the relentless pestering and puppy eyes. Sometimes I just want to be left alone. Dogs are not great for that; they're just always there, like the killer in a horror movie waiting just around the corner. I think the love they show for everyone is mistaken for dumbness. I never feel any more love being around dogs because they act that way towards everyone.

Now here's an animal that I can bond with! Sleep, cuddling, and more sleep. Cats are flat out more mellow than dogs. They make me earn their love which makes me feel better about myself and more accomplished when they're affectionate. They're fluffy and can actually be very loyal creatures if you work hard at gaining their trust. Plus, who doesn't love the meditative purring that cats vibrate?

"Of all God's creatures, there is only one that cannot be made slave of the leash. That one is the cat." - Mark Twain

Too icy and too creamy, ice cream has never tantalized me. Why do people feel the need to always ruin a perfectly good chocolate or vanilla cake with ice cream on top? I suffered as a child at birthday parties.

More fruity and delectable, sorbet delivers on flavor. The texture is more Popsicle-like and less creamy. The focus of sorbet is on the flavor and there are some tasty ones: orange, peach, mango, raspberry, and strawberry. Eat this dessert by itself, kids.


Hardly any instrumentation, a dull, sometimes misogynistic theme, computerized beats, and a pompous or narcissistic attitude conveyed in most songs highlight this popular music genre. At least rap rhymes.

Pleasant emotion, lots of instruments, clever lyrics, and more mystery within the song's meaning. Please excuse me while I kiss the sky on this one.

Okay, I like Star Wars and used to love it as a kid, but only about half of the seven movies made are even watchable as a 21 year old. The action is top notch in the realm of science fiction. A lot of the characters, however, strike me as one-dimensional, making it hard for me to stay interested in them for long.

With Star Trek, the focus is more on characterization and of course, science. The classic Kirk/Spock dynamic is terrific and the debate over whether to handle conflict with logic or feelings never gets old. Lots of old episodes also had important undertones that are still relevant today. Topics such as racism, acceptance of difference, equality, and moral dilemmas often found their way into a Trek episode. I also can't get enough of Shatner's hammy acting.

People have been getting drunk forever and 99% of alcohol tastes like arugula puree, fire, and bubblegum soda. Try that for creativity.

Whether it be apple, grape, orange, pineapple, or cranberry, the assortment of fruit juice is healthy and delicious. Next time you're at a bar, order an apple juice. Don't worry, it looks like beer and I'll be right next to you doing the same so you'll fit right in.

Violence may win the battle but it will never win the war.

The force of organized love has that magical power to unite and bring people together.

This can be all things pumpkin, ugg boots, sayings like "can't even", "I'm so done" or anything else I've heard a thousand times.

Underrated: Anything not basic

Anything new intrigues me.

Millennials need their phones in front of them at all costs, like contradicting themselves, and try to convince themselves that they're good at multitasking. Honestly, we're not very likable people. Just forget about us. Except our ideas. Always remember our ideas for the future.

Old people actually know how to listen, they're there for you, they have better taste in music, and they live in the moment. This moment. Right now. This one.

I swear I don't know if I'm looking on my newsfeed anymore or a lost diary of a child who needs help. Social media used to be a fun area to goof off on. Facebook has turned into the popular platform for bitching, uploading party pictures, and sharing political issues and social issues I already hear about every. single. day.

There was a time when people would talk to each other face to face when they wanted to vent or have discussions. Those days are long gone. LONG gone. Actually understanding people's emotions from their presence has been replaced with failing to understand people over their text on a screen.

It's just sort of this goofy 80s action movie.

This is the only good show on Bravo. You see delicious food and the drama is hilarious. Not to mention, Padma Lakshmi is eye candy if I've ever tasted it - I mean seen it.

Why do we praise people who are awake? When you're awake you run the risk of annoying people. You actually have to do things and stimulate your mind. That doesn't sound like fun. That sounds like hell. We all do it.

We need to start appreciating sleep more. It's the only bodily state in which it's impossible to bother someone else. That just rings of underrated.

They're all good in their own way but there is one other Beatle that bears a little more recognition...

He was the backbone of the band. His well-crafted drum parts were rock solid for the band's success. And his singing on the few tunes he sings on is so pleasant and calming.

Most of them just sort of hand out crap and tell you to do it.