12 Things That Gave Me Culture Shock In England
Odyssey

12 Things That Gave Me Culture Shock In England 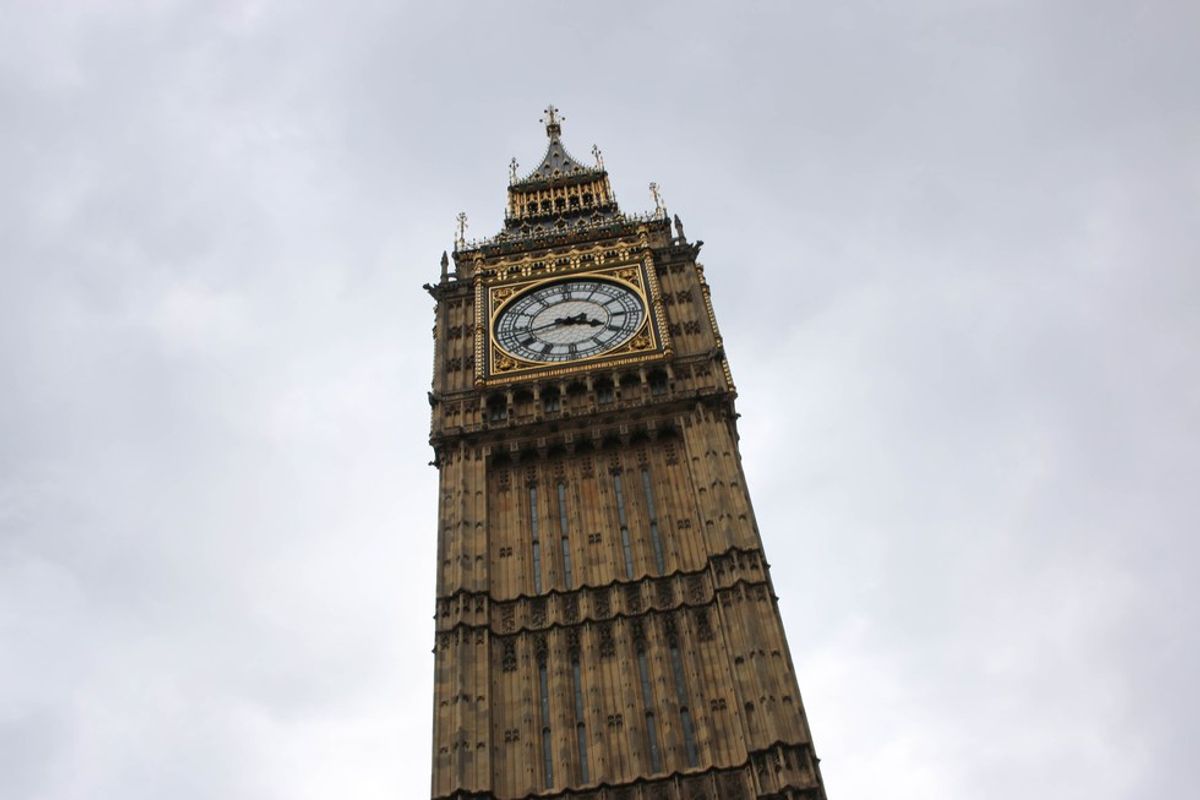 Four days after I finished up my spring semester I packed up a tiny suitcase (really though, I was only allowed a carry-on size) and headed for a three-week trip to Europe going to 5 different countries. I had never been to any European country before and I was terrified, but extremely excited. I knew that the culture in England was different, but I was not fully prepared for how different it actually was. Warning: I am not bashing either Americans or Brits; I adore them both. Also, I do not know everything about London, this list is mainly first impressions and insights over a six-day visit.

I know this sounds like a vague statement, but in general, British people's mannerisms are completely different than us Americans. They tend to stand properly, with their shoulders back and their head held high. They hold an esteem of themselves from when they're eating dinner to getting on the bus. When I was on the Tube (the method of underground transportation) I was slouching and I noticed that the locals were not doing that at all. Hey, at least it's a good reminder for us!

In America, tipping is a normal occurrence when going out to eat. However, I found it's really not common in London. I gave a tip to a waitress after dinner at an Italian restaurant and she looked confused but super flattered. Apparently, much of the tip is calculated into the bill already. I had to really adjust my normal thinking at restaurants.

Courtesy was the biggest difference in the British culture to me. Whenever I was bumped into/shoved (which was frequently) I never heard sorry, not once. It must be how they are raised so they don't know any different. I also never heard "thank you" or "thanks" if I did something courteous to others. In America people are usually outwardly thankful, but it's just not how the Brits act. I've been told that Americans are overly apologetic, though. I had to alter my thinking so I wasn't hurt by it.

Wow I was confused by "pounds." I've only ever used American money, so figuring out their method of currency was a challenge. It was weird to me that they could have pounds in paper or coin form. What I mean by that is, in comparison, we could have an American dollar in coin or paper form if our system was the same as theirs. Change is something I don't often use in America, so using it constantly was quite a different experience. It was also interesting to calculate the ratio of a pound to a dollar, because I had to figure out if, for example, the scarf I was wearing was too expensive or not. I figured it out eventually, it just took some time. Don't be discouraged if you go and you're confused; you're not alone.

The transportation in London is so different than in America. Most people, I noticed, tend to take what's known as "The Tube," which is an underground train that goes all over the city. There are stations everywhere and it's extremely easy to use. There are several different "lines" that go to certain locations so you have to know what line is going to what place. After I figured out the system, I realized it was so much easier than anywhere else I had been. If people weren't taking the tube, the other majority were riding bicycles. People rode them everywhere, even to their jobs. Brits still drive cars, obviously, but most take alternative routes because it's faster to get around, especially because I saw that the traffic was backed up more often than not.

London goes 100 miles an hour most of the time. When I looked around train stations, people always seemed to be in a hurry. When I would walk on the sidewalk, I could tell that I was American because everyone else around me was zooming past compared to my normal pace. I did not see many people taking a casual stroll, but rather "fast-walking" to their next destination. Some people even run to their destinations, regardless of their attire. I had to pick up the pace for sure.

The main language in London is English, so I spoke the same language as the people there, but I still felt a barrier. First of all, they have distinct accents which are sometimes hard to understand, but they probably feel the same about my accent. On top of that, the terminology and jargon they use on a daily basis are completely different than in America. For example, I heard "cheers" a lot, and not in reference to the TV show. Where Americans would say "awesome" or "great," Brits would say "cheers." They even call regular products like Ranch dressing something different like "creamy sauce" (which I found out after I asked for ranch at a restaurant and I got the weirdest look ever).

When I was visiting London, I got to take a slight detour and visit a town called Cambridge (which is incredible and you should go someday). On this day-trip, I found out that colleges there are way more difficult to get into than they are in America. So, the majority of people don't go to college and that's not looked down-upon because it's fairly common. I was under the false impression that most people went to college in most countries, but I found this not to be the truth. Even from a young age, schooling is different. Apparently in England almost every school whether that be private or public requires the children to wear uniforms, whereas in America the schools that use uniforms are usually specifically private. I saw tons of children in uniforms walking in packs on the streets, similar to Madeline or Harry Potter.

The history of England is so deep and vast. You can see it in every place you go because every building has a story. Because of this, history is clearly super important to the Europeans. I was able to go "punting" in Cambridge (ride in a wooden boat down a river with a tour guide steering us) and the guide lived in Cambridge and went to college there. It was so evident how important and influential the history of England was to him, and he knew a ton about the history of the town. I feel as if because America is much younger than England, we don't feel that sense of historical pride as much.

Security is extremely different in London. For example, every museum/historical sight I went into I had to go through full length scanners and either have my bag checked or put it through a scanner as well. In America, the security comparison for this would be airport security. I thought the system was really well organized and everyone went through fairly quickly.

In London, it was so difficult to find something open past 6pm. Whether that be a convenience store, pharmacy, restaurant, etc. In America most restaurants are at least open until 9pm, so it was strange trying to finish errands so early in the evening.

I think the average outfit for an American is a t-shirt and jeans, but it's a very different story in London. For example, most of the men that I saw, even when they were on the Tube or a bus, were wearing suits, and most of the women I saw were in dress pants and a blazer or in dresses. I even saw a ton of men wearing nice suits while riding bicycles. I felt underdressed most of the time, but again, it's just a different culture over there.

All in all, I experienced a significant amount of culture shock during my time in England, which I honestly didn't expect to happen. Both England and America are great in their own ways and it's just interesting to experience two completely different cultures when visiting both places.