11 Things You Should Know About Polish People
Odyssey
CurrentlySwoonLifestyleHealth & WellnessStudent LifeContent InspirationEntertainmentPolitics and ActivismSportsAdulting
About usAdvertiseTermsPrivacyDMCAContact us
® 2023 ODYSSEY
Welcome back
Sign in to comment to your favorite stories, participate in your community and interact with your friends
or
LOG IN WITH FACEBOOK
No account? Create one
Start writing a post
Entertainment

11 Things You Should Know About Polish People

Some interesting facts about people who originate from the country located in the heart of Europe. 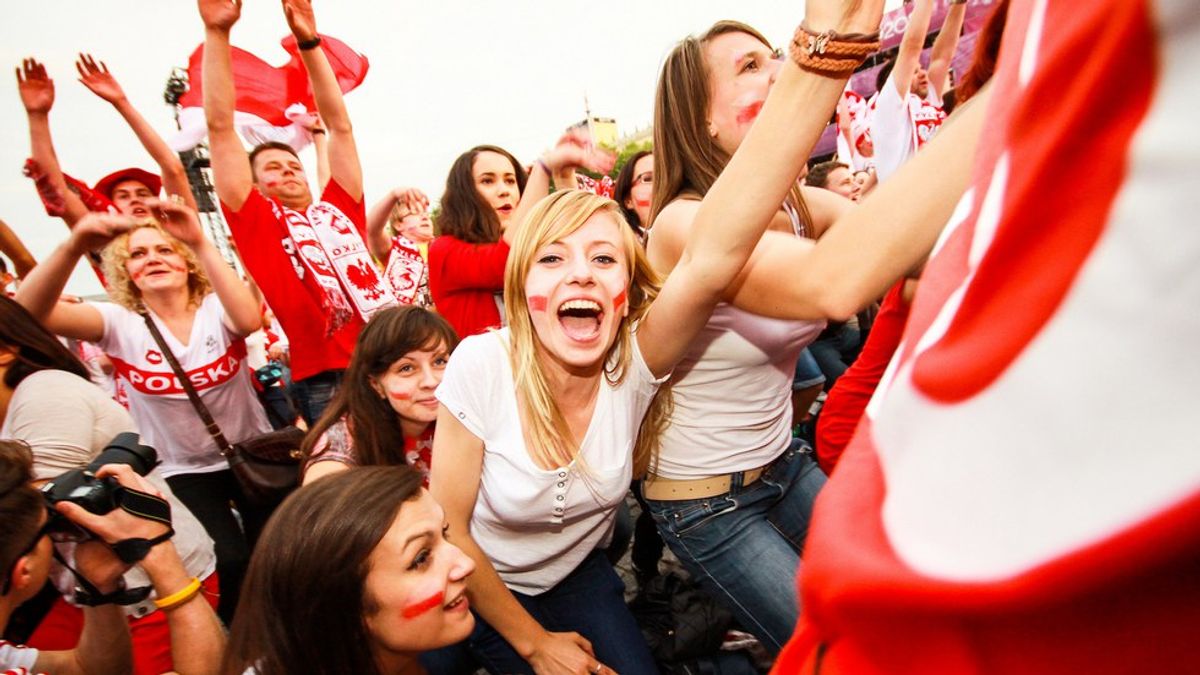 As a proud Polish-American, I love to talk to people about my culture. However, I am often surprised to learn how little most people know about Poland and its people. (Quick, locate Poland on a map! Just kidding. No pressure.)

The following is a list a list of fun facts for those wish to learn more about their Polish friends or are generally curious about our culture:

1. We sing “Sto Lat” (“One Hundred Years”) at nearly every celebration.

Whether it's your birthday, your wedding or your anniversary, you can bet Poles will wish you "Sto Lat!" (This is often immediately followed by a song encouraging everyone to drink. Ah, stereotypes.)

2. Don't worry, we don't expect you to pronounce our last names correctly.

The Polish alphabet contains letters not found in the English alphabet (ą, ć, ę, ł, ń, ó, ś, ź, and ż) and combined letters (cz, rz, sz, and ch) sound different than letters that stand alone. So, naturally, if you don't speak the language, trying to pronounce some Poles' last names can be next to impossible.

3. Speaking of last names, there's a difference between -ski and -ska.

People often ask why my last name differs from my parents’ by a single letter. In Polish, males’ last names generally end in -ski, and females’ end in -ska. Therefore, a male Polish friend is your "broski." ;-)

4. There are more Polish-American celebrities than you might think.

Kristen Bell, Scarlett Johansson, John Krasinski, the Warner brothers, Karen O, Jack White, John Rzeznik and Martha Stewart are among the many famous Americans of Polish descent. I like to think that Mike Wazowski of "Monsters, Inc." is also a fellow Pole.

5. We have a holiday dedicated to pouring water on each other.

"Śmigus-Dyngus" (Wet Monday), which is observed the day after Easter, started as a tradition of using willow branches to sprinkle water on your loved ones as a symbol of cleansing, purity and fertility. However, it has since evolved into an occasion for boys and girls to play pranks and soak one another with water.

6. Christmas Eve is one of the best nights in the Polish culture.

One of the most significant holidays in Polish Catholic culture is “Wigilia,” the Christmas Eve vigil supper, which follows a day of fasting. This celebration includes plenty of traditional Polish foods (usually 12 courses), the sharing of the Christmas wafer (opłatek) as well as the singing of beautiful carols (kolędy). Following this supper, it is often customary to open gifts and attend Midnight Mass.

7. You can recognize a Polish home by the abundance of curtains.

I grew up in a small New Jersey town that was predominantly made up of Polish families. If you walked down any given street, you could tell which homes were occupied by Poles by noting the decorative curtains on every single window (including the bathrooms).

8. You should remove your shoes when you enter our homes.

When you enter a Polish household, it is customary to remove your shoes at the door. Cleanliness and good manners are highly valued in our culture and removing your shoes is seen as a sign of respect. We’re also really big on slippers and will probably offer you a pair upon your arrival.

As a stickler for grammar, this is a pet peeve of mine. Pierogi is already the pluralized form of the singular "pierog." A classic Polish dish, pierogi are dumplings that can be filled with fruit, cheese, sauerkraut, potatoes or ground meat. Much of our cuisine contains potatoes, meat and cabbage. Being a Polish vegetarian is rough.

10. We didn’t invent the polka dance.

The polka (which translates to "Polish woman") is not a Polish dance. It originated in Bohemia the middle of the 19th century. However, Disco Polo dance music is our jam. We play it everywhere.

11. We'd love to hear you try to pronounce this:

The above phrase, which means "table with broken legs," is one of the many tongue twisters that highlight how ridiculously difficult the Polish language can be. Plus, hearing foreigners attempt to speak our language is highly amusing, as is evidenced by the nearly 2 million views on this video of American diplomats butchering common Polish phrases.

Nicole Marie Nigro
Individual Creator
1740
c1.staticflickr.com
Where to start...... Let me start with the cliche that life throws us curveballs and what we do with it is what counts.