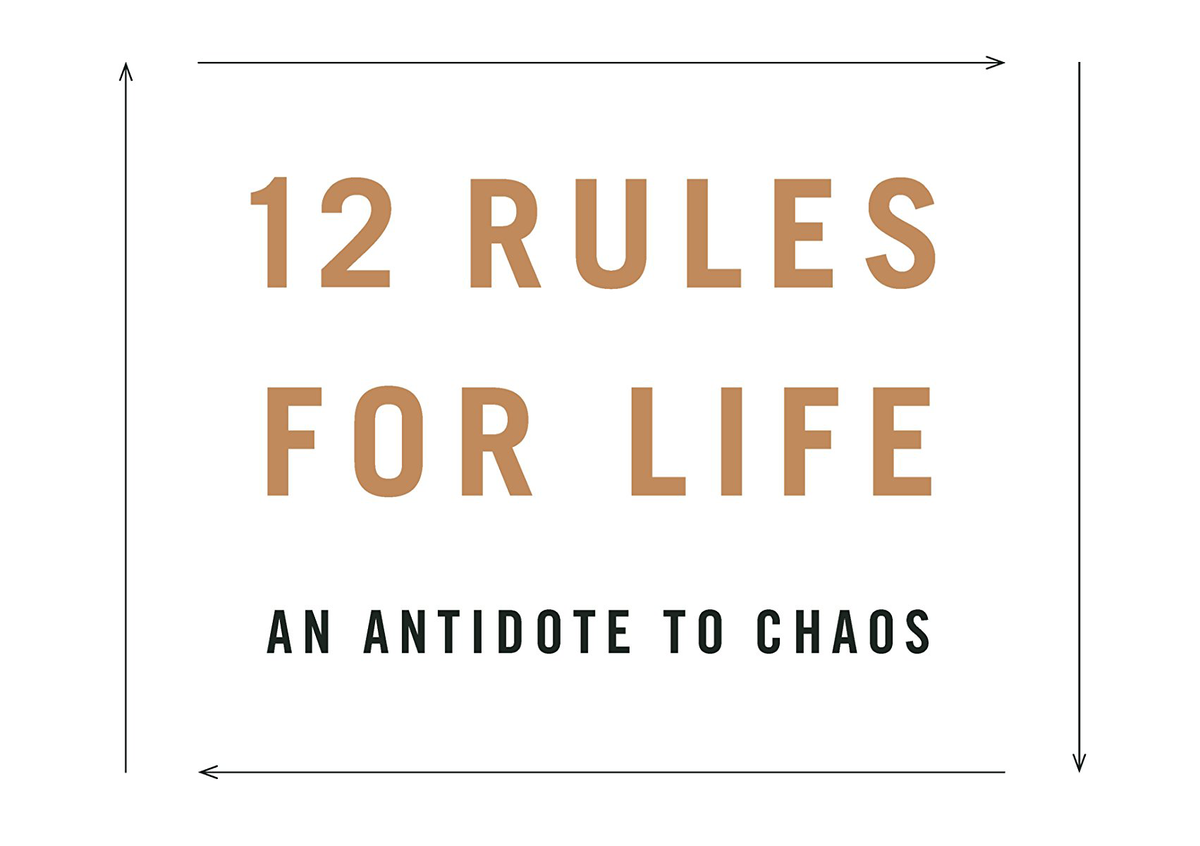 In late January, Dr. Jordan B. Peterson released his second book, titled 12 Rules For Life: An Antidote to Chaos. Thanks to his recently viral interview with British T.V. host Cathy Newman, as well as Peterson's accumulated online popularity due to his opposition to Canadian compelled speech legislation, the book was an instant hit, still holding (as I write this) the "#1 Most Read" position on Amazon.

So, naturally, being a fan of his work and owning the only other book he'd ever published (Maps of Meaning: The Architecture of Belief), I purchased a copy as soon as I could. Overall, I was not disappointed.

12 Rules For Life originated on Quora, where Dr. Peterson was asked what the most basic guidelines for living one's life should look like, and his response, which then included more than 40 rules, skyrocketed with upvotes. His estimation, he later remarked, was that there is an audience of young people starving for a basic set of responsibilities as humans, which are neither cliches like "follow your dreams" or "never give up," nor rigid religious principles that may only apply to certain faiths. And his list of rules was just a taste that awakened the hunger.

The book overall is rich in anecdotes from his personal life, examples from his clinical practice (details omitted for anonymity's sake), references to ancient mythologies and archetypes, examples from history, and quotations from revered literature (he's particularly fond of Dostoevsky). If you listen to any of his lectures, they're largely the same way. When he talks about the virtue of truth, he doesn't just talk about why avoiding deception is the morally upright thing to do, but he also talks about how the USSR was an empire built on lies; he'll talk about the work of Aleksandr Solzhenitsyn, and he'll weave an entire discussion built around a single tenet.

One possible downside to this approach is that the reader has a greater chance of becoming confused as to the original intent of the author. Although I'm somewhat accustomed to his writing and speaking style, it was still difficult for me to follow his winding train of thought throughout many parts of the book.

Another caveat I might issue is that Peterson can be very matter-of-fact when he talks about gender in particular, which is not something most people are accustomed to, either. He's always very precise and technical with his words (which is actually one of the 12 rules), which includes talking about gender differences with a scientific frankness that may rub certain readers the wrong way.

However, I've found that the book is a solid baseline from which anyone can live their life, in any stage. The rules all find their footing in a solid middle ground in their specificity, not being too vague like, "Do the right thing", but also not too specific like, "Try to get along with your coworkers."

I would give this book a solid 9/10 and recommend that anyone, especially young people trying to find their place in the world like myself, give it a read.

Caitlin Marie Grimes
University of South Florida
11770
Beyond The States