12 Insane Things Donald Trump Said During the Debates
Odyssey
CurrentlySwoonLifestyleHealth & WellnessStudent LifeContent InspirationEntertainmentPolitics and ActivismSportsAdulting
About usAdvertiseTermsPrivacyDMCAContact us
® 2023 ODYSSEY
Welcome back
Sign in to comment to your favorite stories, participate in your community and interact with your friends
or
LOG IN WITH FACEBOOK
No account? Create one
Start writing a post
Politics

Fresh off the presses. 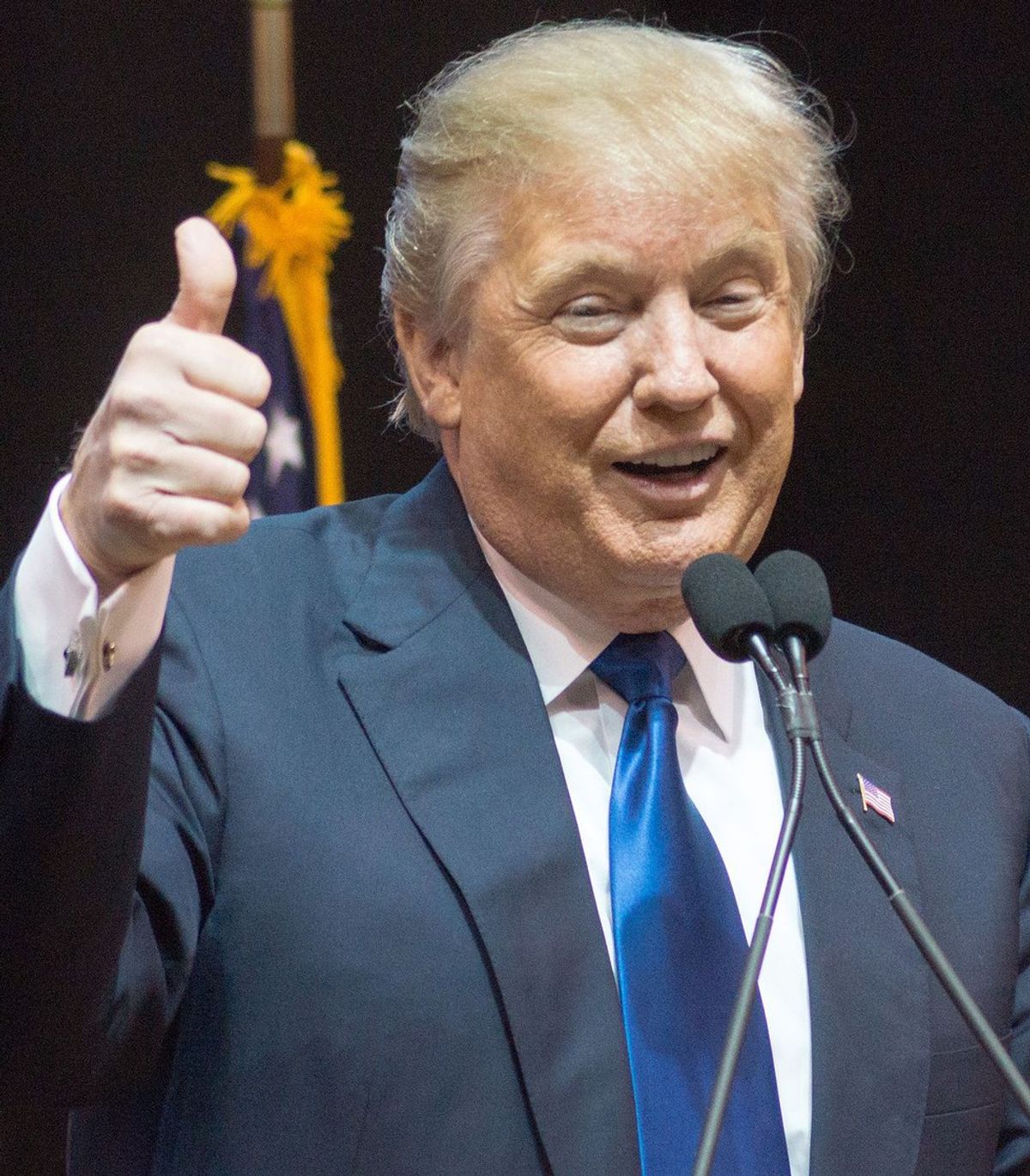 This debate was hyped up more than any political event in American history. Expectations for Donald Trump were lower than for any politician in in history. And yet, he failed to meet them. Here’s a quick and dirty and utterly incomplete list of the insane shit he said.

2. China should go into North Korea.

3. Iran’s going to be a superpower in a couple years.

4. Iran has power over North Korea.

6. It’s okay not to pay workers if you don’t like what they do after they do it.

7. NATO is fighting terrorism in the Middle East because he suggested it

8. Nuclear weapons are more dangerous than global warming, also we should maybe use them sometimes.

9. The two worst deals in human history were NAFTA and the Iranian Nuclear Deal.

11. “I was going to say something mean about Hillary but I didn’t so I’m nicer than her.”

12. My tax evasion proves how smart I am.

The race will still be close. People will still think he did well. And he will refuse to acknowledge any of this batshit crazy stuff he said. Happy dumpster fire, everybody!