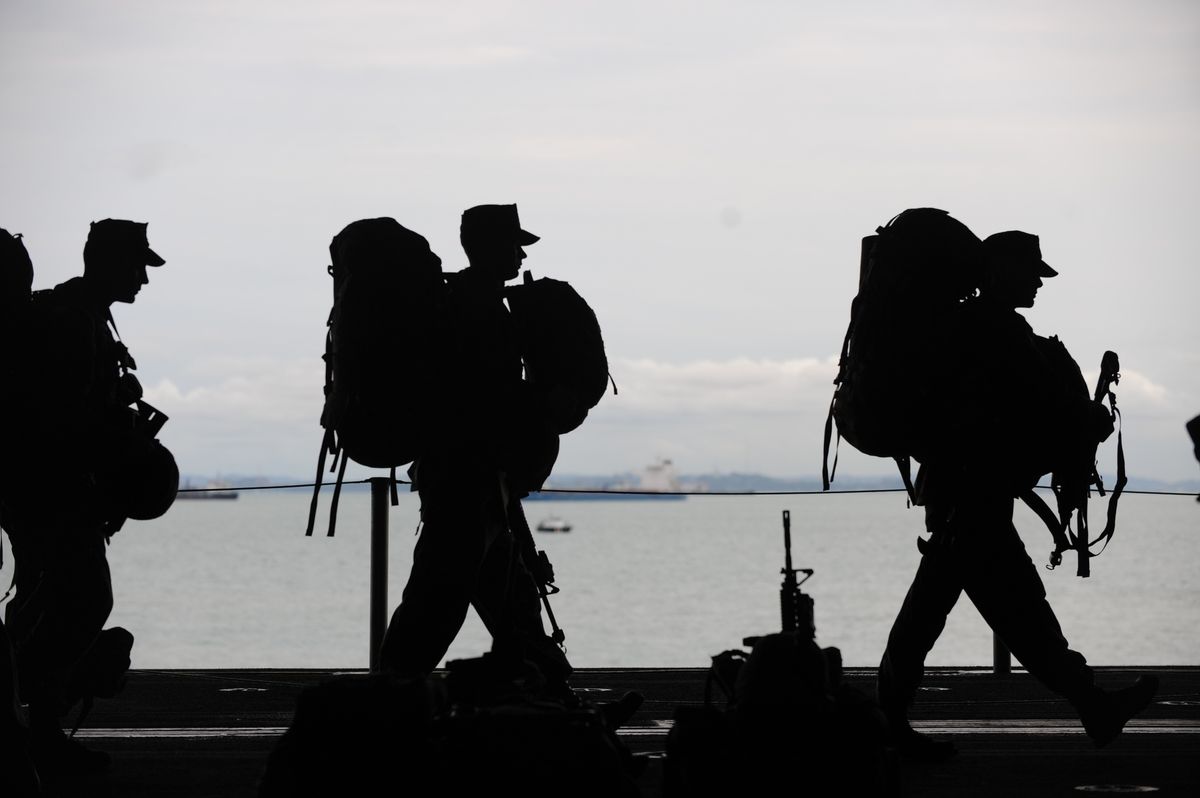 Like many American's, I was shocked but also not surprised that President Trump would create a policy that bans a group of individuals from their basic human rights. This ban, claimed to aid the financial interests of the military, was first announced via Twitter (go figure). And if Trump honestly wants to use Twitter to create policies and inform the US about all of his great ideas, I am going to use Twitter to show him how much people don't respect his decisions and how idiotic he actually sounds.

Here are 11 tweets that tackled unique angles on this ban and showed us how truly wrong it is.

Please talk to your dad Ivanka, cause I'm not sure he is getting it.

What I like so much about Joe's tweet was that it plays a lot into how simple the military works. If you are healthy, loyal, brave, and willing to serve in the military you are allowed to if you chose to. That's how it works. It's that simple.

Joe (whether he knows it or not) played into a future issue that could arise from this ban. Let's say that in the unfortunate event that President Trump leads us into a world war and a draft was to be enforced again. I bet every dollar I have that thousand's of American's will be complaining that the Trans community won't be included in the draft all because some ignorant President a couple years earlier said they were such a burden on the US military so he banned them.

This tweet, which I stumbled upon (and happily retweeted) in my "local" feed, is one that made this ban realistic in the sense of what sacrifice really means. Everyone is aware of the dangers of serving in the US military, and some brave souls have paid that ultimate price. But if they are willing to die for you, who the fuck actually cares what their race, religion, gender, gender identity, or sexual orientation is?? They fought so you don't have to. That deserves some appreciation.

This was probably the realest thing I have ever read in my life. If they have that much courage just to be who they are, hell yeah I would want them defending my country if that's what they wanted to do.

This was a prime example of how our President can't seem to figure out that a Tweet is not the proper nor legal way to change policies. His tweet so far has done nothing but stir up controversy.

Seriously think about it. All of us are just sitting at home, minding our business. We aren't stepping up to the plate to protect our freedoms, so we need to show respect to everyone that has and currently is, regardless of whether you agree with their political opinion, their sexual orientation, or their life choices.

The suicide rates Gaga discusses are due to the fact that Trans people everywhere feel unaccepted and discriminated against every day of their lives. If we can treat them with the same respect you would give anyone else, these rates would surely go down. Also, war causes everyone stress, not just people who are transgender and serving. Everyone replying to this tweet, telling trans that suicidal people shouldn't be in the military really need to look into how suicidal many veterans and current members are. They are hurting too. Mental illness and the what the military does to aid it is a different discussion but one that people need to look into.

I love people of authority who choose to include those most different from them!! Aurora PD know what the fuck is up!

I found this beauty on the Trump trending part of Twitter and wow is it accurate. Trans people are people too. One huge debate is if you see their actions as mentally ill or not. I obviously see them as not being mentally ill, but even if you do, there is no denying that they are human beings who deserve respect and equal opportunity, just like anyone else who is mentally ill.

So if Trump's tweet actually turns into a policy, people who view transgenderness as a mental illness should still care. You still should be kind, accepting, and help them get equal rights in schools, jobs, sports, etc, just like you would if you were dealing with someone of a different mental illness.

And for those of us who believe not all trans people are mentally ill, we need to keep helping them get equal rights and opportunities and that includes the right to be able to serve in the military if they can meet all the requirements and qualifications that every non trans person has to meet.