11 Reasons Why You Should Embrace Your Inner Geek

11 Reasons Why You Should Embrace Your Inner Geek

Think About All The Fun Conventions You Get To Go To! 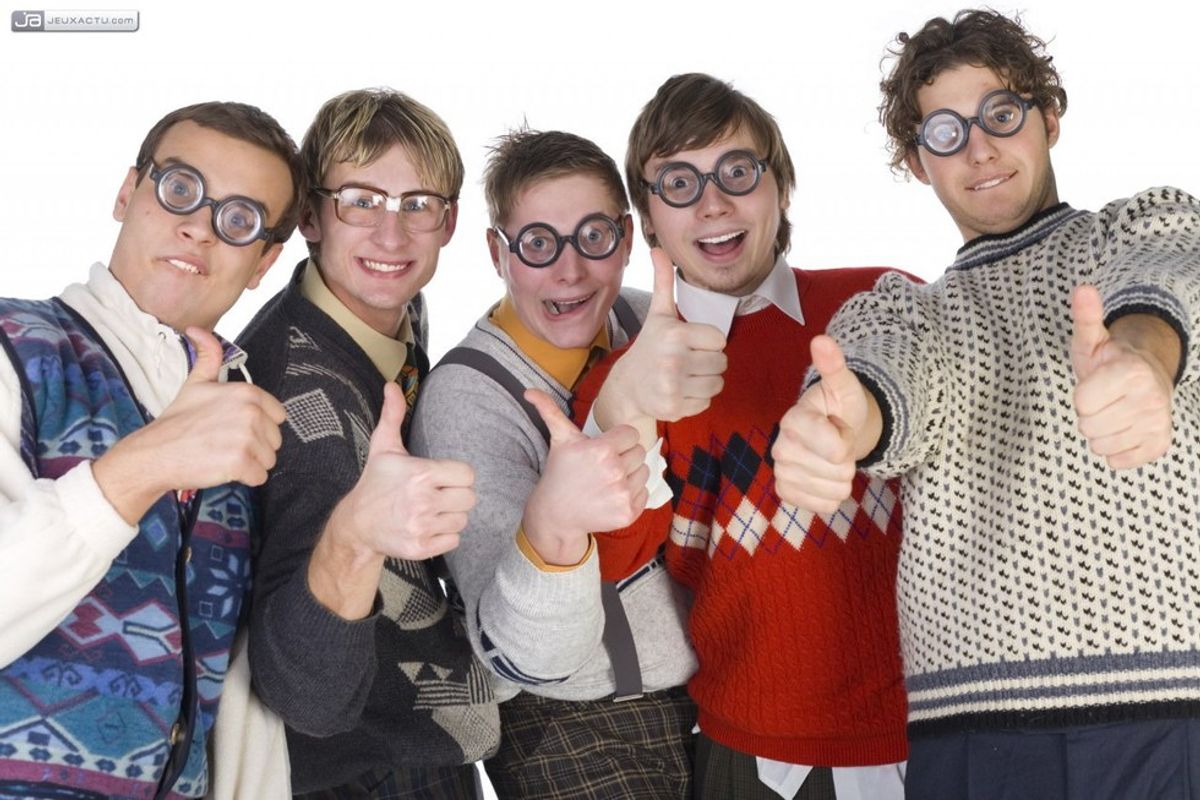 The word geek originally was known as a carnival performer who performs wild or disgusting acts. Now it is known as someone who is unfashionable or socially inept, but this does not always have to be the case. I think you can really be a geek about anything, whether it is about fantasy football, theatre, chemistry, or in my case, anime. Everyone has something they like a little bit too much. We all have that favorite TV show that we watch religiously on Netflix every time we get the chance.

Embracing your inner geek is good for society. In high school, many people hide the things they are passionate about out of fear of not fitting in, or being a part of the cool crowd. I did this for most of my middle and high school years. It wasn’t until my junior year that I realized that I should accept who I am and if those around me didn’t like it, then they weren’t worth being my friend. It took awhile, but I was able to find people that I meshed with very well, who had a lot of the same interests as me. I was a happier person and loved myself more than I ever thought I could.

Here are some reasons why you should embrace your inner geek:

3. Your hobby or interest can help you make friends. There are always people out there that share the same interests as you.

4. Originality is awesome. It doesn’t matter if your interest isn’t ‘mainstream’ because we need more unique people in this world

5. Dedication. Being a geek about something shows that you have dedication, because you all know how much time you have to put into this interest. This can be transferred to other aspects of your life too, like school, careers, and family. Many people go through life without committing to something. But not us geeks!

6. Success. With all that dedication, comes success. There are many famous geeks in this world that started out just like us, but set high goals for themselves and were about to achieve their dreams!

7. You get to be childishly excited about something. No matter what it is you may be passionate about, whether it's a new episode, you learned a new formula, or the game you have been waiting to come out for months is finally released. You have the right to be crazy excited about it!

8. There is a lot of merchandise you can buy. There’s always some fun merchandise to go along with your geeky hobbies: baseball cards, posters, t-shirts, and a lot of other cool things that allow you to show off your love for something more than just telling people.

9. There are whole conventions dedicated to your interests. Shakespeare conventions, comic con, fantasy football conventions, and the list goes on and on. There is literally a convention for everything. There is nothing more amazing than being surrounded by other people who are just as geeky as you are about the thing you love most.

10. It’s cool now. Slowly, but surely, the word geek is starting to be used as a positive thing. Geeks today are less likely to be bullied and more likely to be accepted for who they are and for what they like!

So embrace your inner geek. It’s good for you!