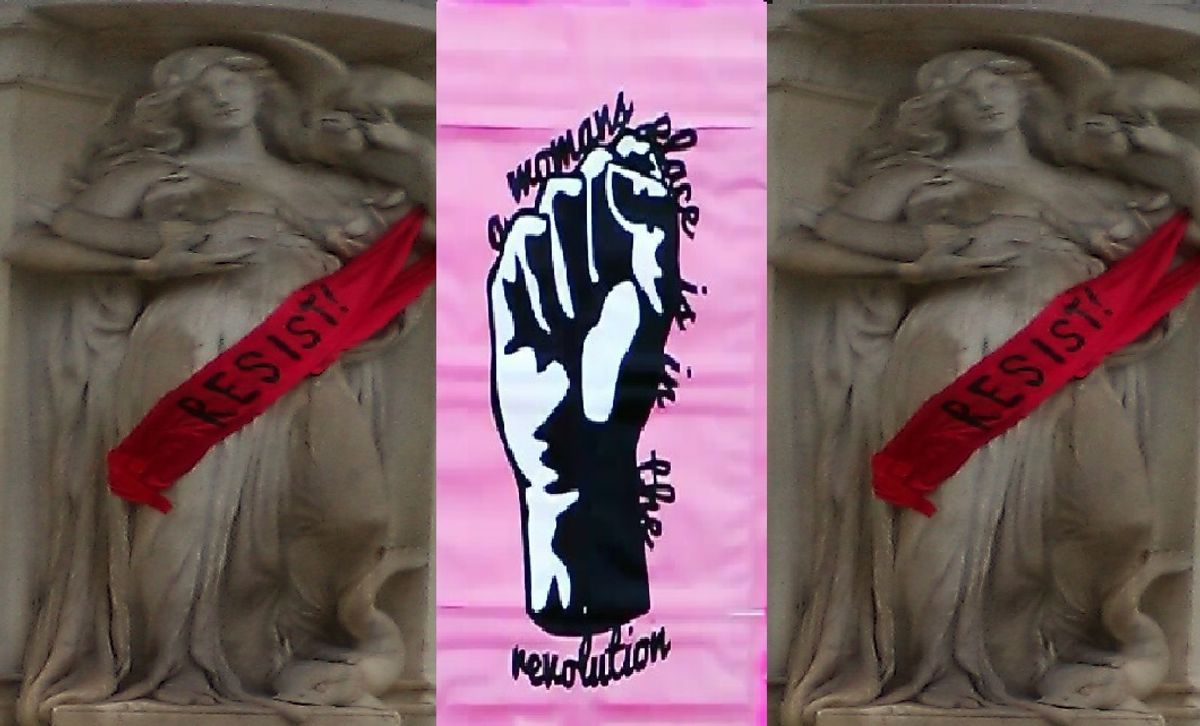 "The Handmaid's Tale" is a television series based on a novel written in 1985 by Margaret Atwood. Bruce Miller's made for tv adaptation of this dystopian story seems to have captivated the world with an incredibly dark storyline that resonates deep within all that view the show.

If you've watched the show and have been paying attention to current events, you may find that there were parallels between the political landscape and in the show and the world we live in today. Depending on where you live in the world the lives of women may not be much different than the life of the shows handmaiden's.

The current administration seems to be intent on rolling back the legislative progress women have made in the last century, and they seem determined to derail any future progress for women in the United States.

1. The country was taken over by religious right-wing extremists/white supremacists in the story and the United States in reality.

It is absolutely terrifying that this is happening now in the United States.

2. The oppressors attempt to normalize oppression.

It isn't hard to imagine assimilation centers springing up around the United States considering the current Vice President is in favor of them for gay conversion therapy.

3. The constitutional rights of women will be violated seemingly overnight.

This reminds me of how I reacted when I heard the GOP wanted to make rape a pre-existing condition in their health care repeal bill.

4. People took to the streets in protest and were viewed as enemies of the state by their oppressors.

This is happening now as Nazis rebrand themselves as patriots and brand anti-fascists as terrorists.

5. Women are being prosecuted for making decisions about their own bodies.

This is an unfortunate reality for many women.

6. People that stand up against fascism and injustice are killed.

� The world witnessed this during the anti-fascist protest of a neo-nazi rally in Charlottesville, Virginia.

7. Privileged individuals will aid in the oppress people they believe are beneath them.

8. The oppressors will give the oppressed a scapegoat to prevent being usurped.

This puts the demands the president made on the NFL into perspective.

9. The oppressors will try to make the oppressed turn on each other when people begin to rebel against oppression.

Women still get stoned to death in some parts of the world.

10. Many will only be opposed to fascist oppression when it affects them personally.

Hopefully, things won't get that far.

11. Victim blaming will become commonplace to normalize the oppression.

The normalization of rape by slut-shaming the victim has gone on seemingly forever in this country.